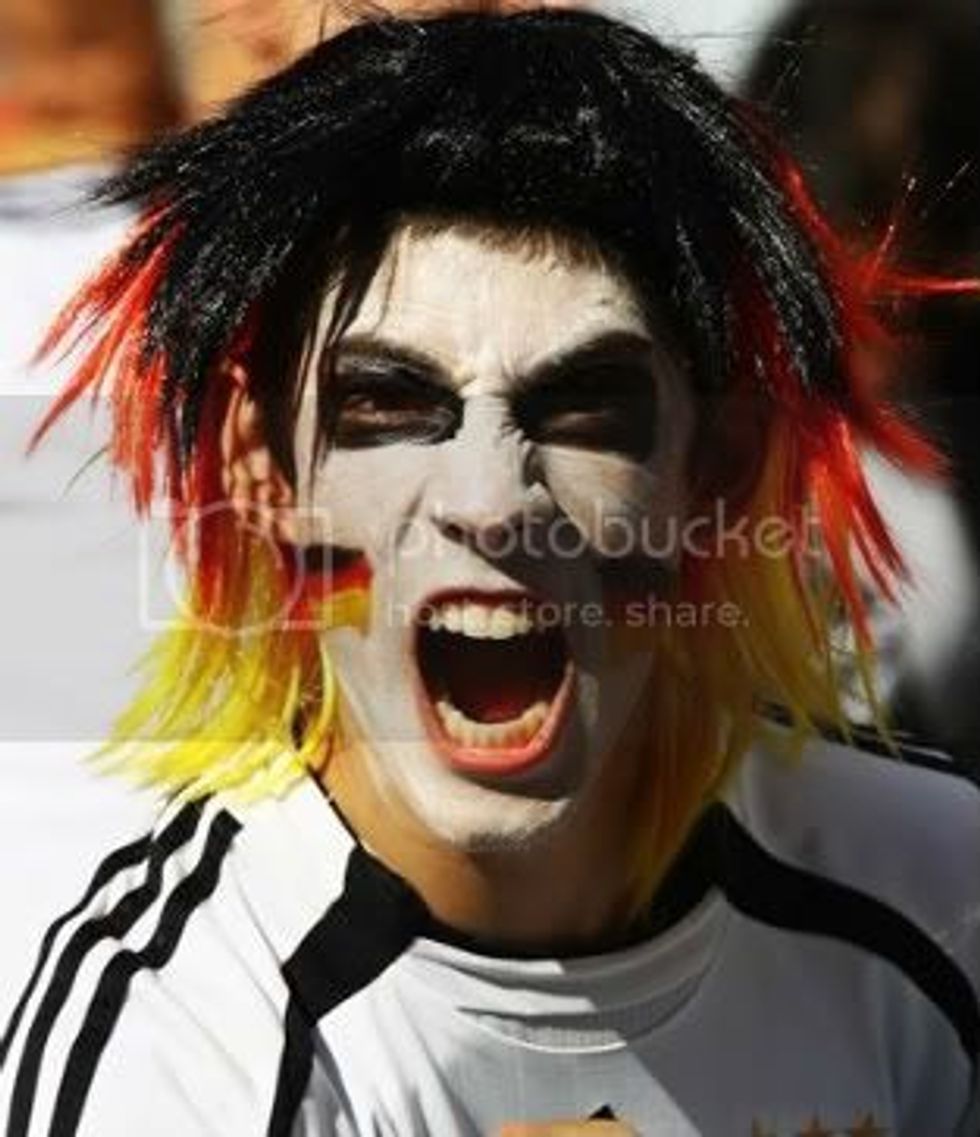 Part of me finds Germany's 4-0 crushing of Argentina rather unsurprising. The European side turning in another strong performance, knocking in multiple goals and keeping a tight defense is no big shock to the system. But it's not as though Argentina has been twiddling their thumbs all tournament, and their lackluster performance was decidedly unforeseen.

The tone was set early - earliest thus far in the tournament, in fact - when Thomas Müller headed Bastian Schweinsteiger's free kick into the net in just the 3rd minute of play. Argentina actually responded decently - their defense still looked leaky but their midfield play was calm rather than flustered as it could well have been. The reaction seemed to be to try to slow things down, although Germany didn't want to play along. They were given a lot of room and a number of chances, and pushed hard through the first half. Carlos Tevez and Lionel Messi were pushing back just as hard, and though each side took a few more shots, the score remained 1-0 at the half.

The second half is where things eventually got lopsided. Argentina came out brightly, but once Miroslav Klose tapped the ball in to put Germany up 2-0 in the 68th, it was largely one-way traffic. The Germans' pace and skill continued to rule the pitch, and a goal from Arne Friedrich in the 74th and a second from Klose near the end drove the nails in further for Maradona's men.

And that's where my surprise is focused - that Argentina would exit the Cup in such a humbled and largely quiet manner, after winning all four of their previous matches while never having trailed and allowing only a single goal in the process. The fact is, a lot of results from this game would not have surprised me. If you told me it ended 0-0 and went to a shootout, or 1-0 to either side, or 3-2, etc etc, no raised eyebrows here. But both of these teams are strong and favored, so my prediction was for a battle, hard won by whichever side was the eventual victor. I'm not sure what you could point to as a reason, other than a shoulder-shrugging "That's soccer for you" kind of thing. Argentina's wins came against teams that are certainly inferior to Germany, but was it really just weak opposition that gave the South Americans those Ws? Is it the specific German style of play that troubled Argentina? Did Maradona just not nom on enough rosary beads? They'll have plenty of time to ponder these questions on the plane home, while Germany will wait to see which side they'll meet next Wednesday.