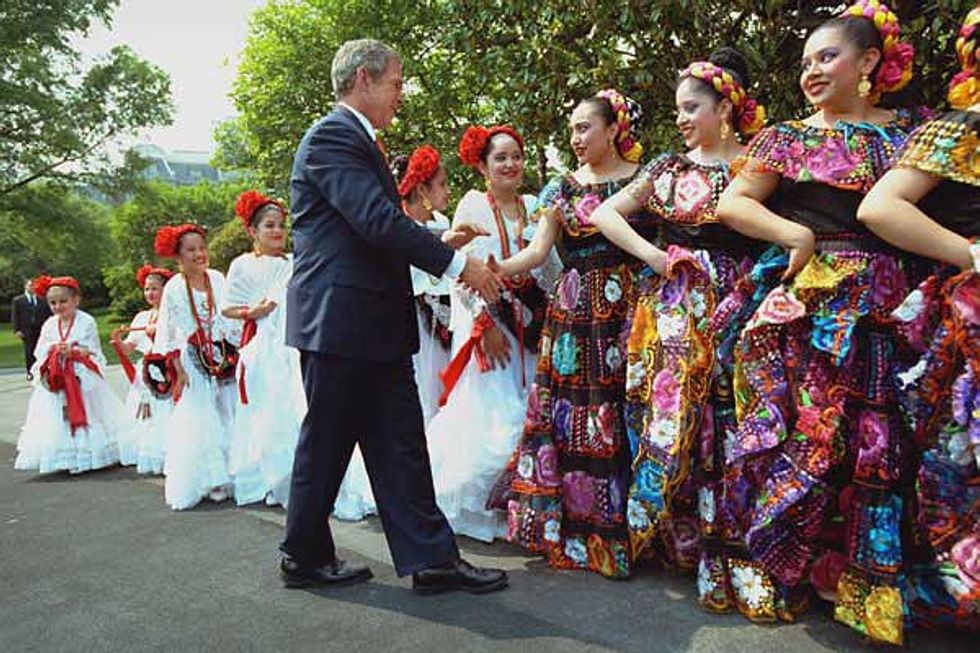 Good news, though it's sorry that it's come to this---the Justice Department is now officially moving to sue the state of Arizona over the "papers please" law. The argument is that the law usurps the federal government's authority over issues such as immigration law enforcement. I'm sure the lawyers out there could explain why the Justice Department thought this was the best angle, instead of doing something like arguing that the law is fundamentally discriminatory. Maybe the disingenuous attempts to forbid racial profiling in the text of the law while encouraging it in practice make that a harder case to build than you'd think? That'd be my guess.

The most important thing is that Arizona faces resistance to this move to make blatant anti-Hispanic racism official government policy. Beyond just sucking on its face, laws that encourage racism directly also help foster an atmosphere where racism is more generally seen as acceptable. For instance, check out this story about the Apache Junction American Legion in Arizona. Just out of spiteful racism, they banned Cinco de Mayo celebrations at the post, on the scurrilous grounds that it's not a real Mexican holiday. Which is funny, because I suspect they'd ban it for being a real Mexican holiday if that's what it was. No matter; in the U.S., Cinco de Mayo is a Mexican-American equivalent of what St. Patrick's Day used to be, or what gay pride parades currently are. It's a way of being positive and proud in the face of bigotry, a celebration of diversity, and a reason to have a good time. The only people who can really be against that sort of thing are those that are eaten up by hate.

You can really see, in this instance, how an official act of racism from the government created more hatred and animosity all around. It's a vicious cycle. The government passed the law, and people, for good reason, protested it. The protesters are perceived by cranky white people as uppity, and probably as illegal, and so they strike back against them by taking racist potshots aimed at celebrations the encourage diversity. This sows even more anger and distrust between neighbors, and for no good reason.

Unfortunately, this means the initial reaction the Justice Department lawsuit will probably be more cycles of racism/protest/increased racism. But it has to be done, because the only other alternative is allowing the state government to continue to stoke hatred against its Hispanic citizens. Official government intervention against racism creates backlashes, but it eventually works to tone down racism---look at the results of the Civil Rights Act of 1964. It created an upswing in some hostilities, and it didn't actually bring an end to racism, but eventually it helped usher in an era where racists at least had to hold their cards a little closer to their chests. Which is far from perfect, but better than the available alternatives.