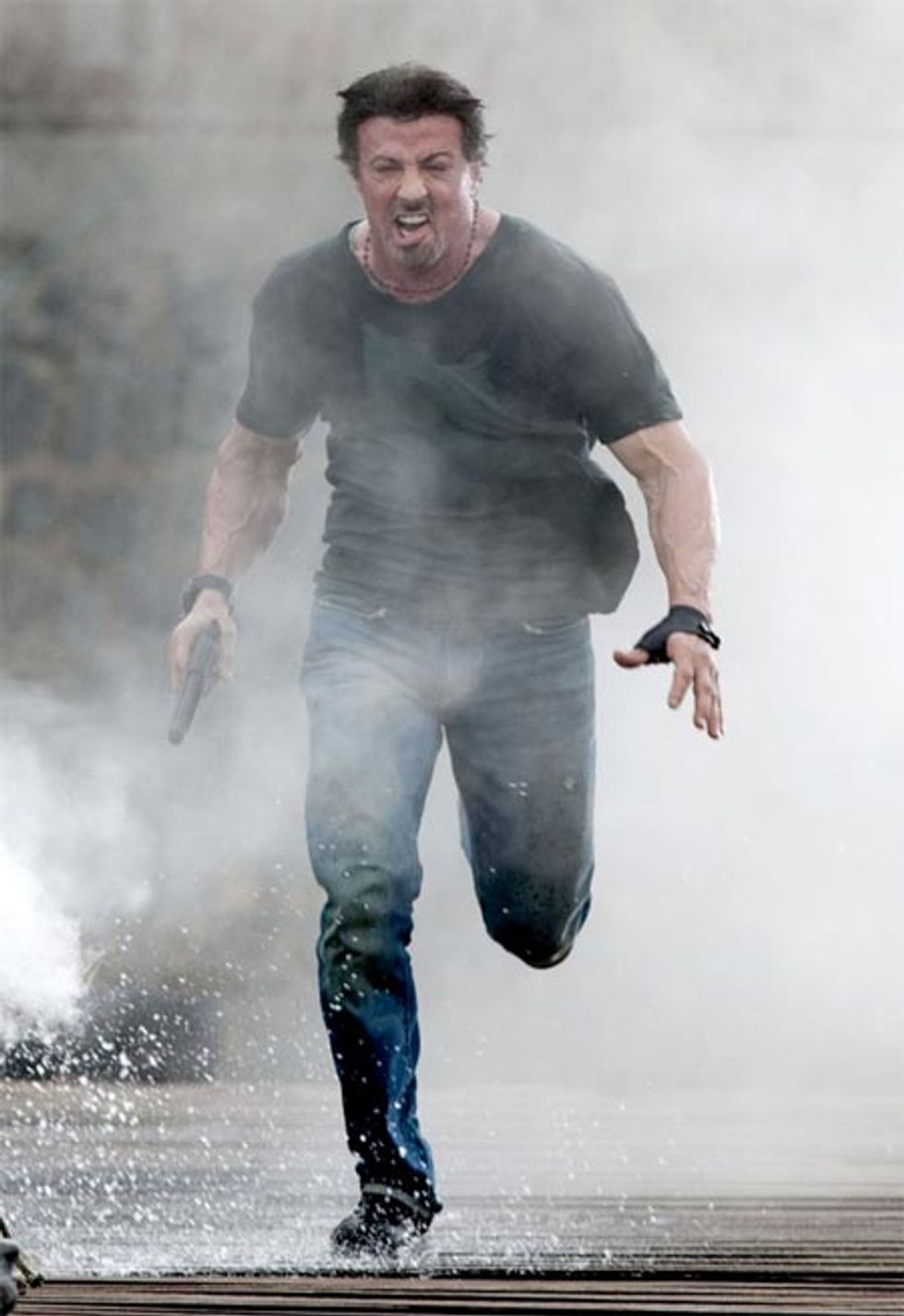 The big rumor of the day is that Evil Mexicans have invaded our valuable Texan ranches as their first step towards feeding America an eightball of Reconquista.

The bloodbath continues along our southern border and now word is coming in that Los Zetas, the highly trained killers formerly with the Gulf Cartel, have crossed into the United States and taken over at least two ranches in the Laredo, Texas area. I am receiving word that the owners of the ranches have evacuated without being harmed. The source is law enforcement in the area.

To be fair, in large areas of Texas, "law enforcement" is "anyone with guns", so this sort of makes sense. In another and more accurate way, however, it does not.

You see, the story is complete bullshit. First, from actual law enforcement officials:

"We didn't have any incidents on the American side. It's hard for people to understand who don't live here," he added. "They're not Vikings, they're not going to invade us, it doesn't work that way."

Local law enforcement was bombarded with calls from across the country Saturday asking about a report that the Zetas had taken over two ranches off Mines Road.

But officials with the Laredo Police Department, Webb County Sheriff’s Department and Border Patrol said they knew nothing about such an incident, while Erik Vasys, an FBI spokesman in San Antonio, said the agency does not comment on rumors.

The report, which spread like wildfire among blogs Saturday afternoon, appears to have initially been posted on a blog called Diggers Realm.

The blogger wrote that he got a tip from a San Diego, Calif., minuteman named Jeff Schwilk, who said that the Zetas, former enforcers of the Gulf Cartel, had crossed into the United States and taken over two ranches off Mines Road, about 10 miles northwest of Interstate 35.

To summarize: an idiot called up another idiot and told them that now was the time for Total Ultimate Warfare against the Messicans. But how far could such a rumor go in the discerning realm of conservative blogging? Surely, nobody would pick up a story that was the equivalent of your cousin calling you at 2:30 in the morning to tell you that he thinks he's going home with Katy Perry after doing a round of Jaegerbombs at a TGI Friday's. Surely.

In what could be deemed an act of war against the sovereign borders of the United States, Mexican drug cartels have seized control of at least two American ranches inside the U.S. territory near Laredo, Texas.

Two sources inside the Laredo Police Department confirmed the incident is unfolding and they would continue to coordinate with U.S. Border Patrol today. “We consider this an act of war,” said one police officer on the ground near the scene. There is a news blackout of this incident at this time and the sources inside Laredo PD spoke on the condition of anonymity.

In case you were wondering, any state west of the Mississippi has the right to declare what is or isn't an act of war. Particularly when they've employed super-awesome Laredo Police Officer Buff Killington, MBA/Krav Maga Expert.

The Cypress Times has 100% confirmed this report with a second law enforcement official, presumably Lt. Cinnamon Sweetbottom-Grant, who took up protecting the people of Laredo after her husband was brutally murdered in the parking lot of an H-E-B during a shootout between rival Mexican gangs Las Bibliotecas and Los Fuentes de Agua.

Dan Riehl, even though he admits that it's false, still can't help fantasizing over Team America: Texas Edition going all Special Forces on the invisible Mexican Menace.

This can't actually be happening, can it? What, do they figure the numb-nuts in the WH is so weak they can get away with a move like this? Okay, on second thought, maybe they have a point. But still. Hell, the right configuration of Texans could end this nonsense. Retired special forces, anyone?

From all of this, I predict the following. One: within a year, a group of Brazilian tourists in Orlando will be attacked as a roving Mexican street gang. Two: we will see a roughly 600,000% rise in in the number of Tea Party YouTube videos using clips from The Expendables to simulate an elite commando group killing half of Mexico. None of them will be racist, and the ones that are will secretly be made by MoveOn.org.