Assimilate to which America? 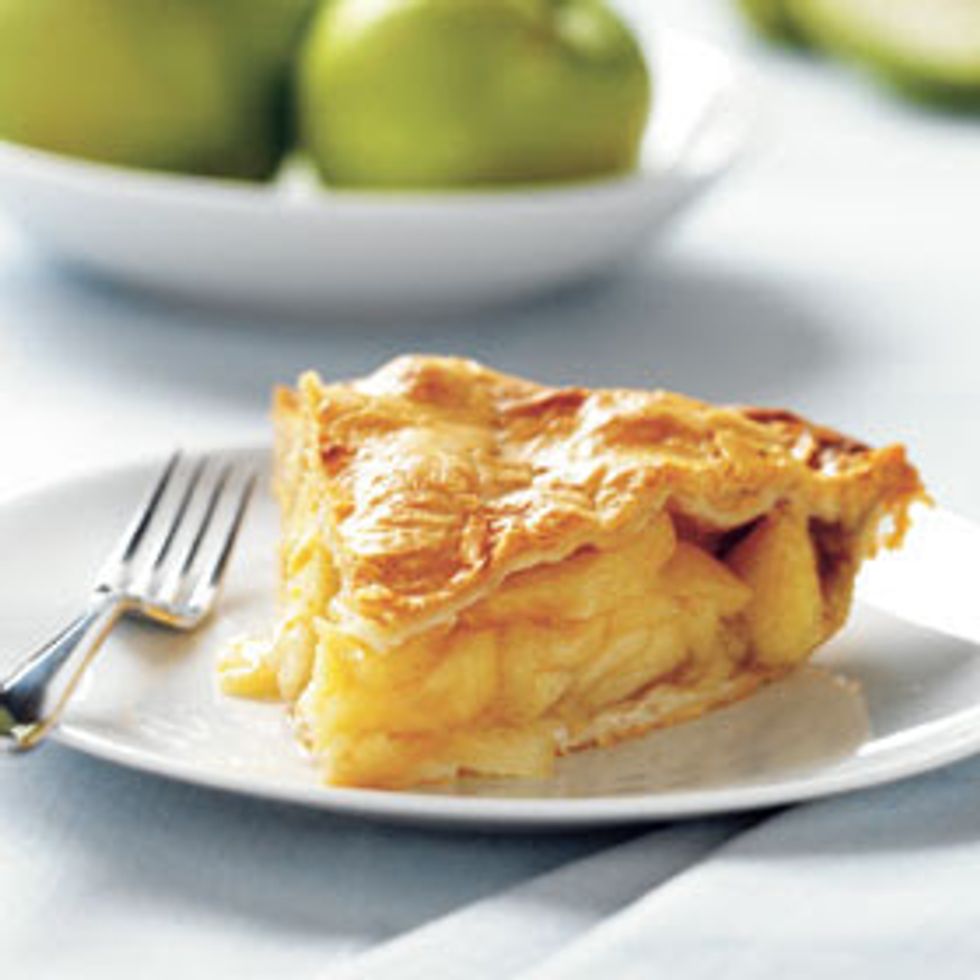 Damn you, Hendrik Hertzberg. I was going to link George Washington's letter to the Hebrew Congregation in Newport, Rhode Island in reply to the continued screeching about how we shouldn't brook any mosques within (fill in your number of steps, blocks, miles, or planets) near the World Trade Center, but then you had to go do it yourself. It's worth linking, because the people screaming about the Cordoba House are often the same people who dress themselves up in late 18th century garb and claim to be speaking for the Founding Fathers themselves. But in that era, the building of synagogues was controversial---the congregation in question set up in Rhode Island precisely because they were the first colony to wholly embrace religious freedom---and the congregants wrote President Washington with no little concern to discover his views on whether or not they had a right to worship freely. He replied:

The Citizens of the United States of America have a right to applaud themselves for having given to mankind examples of an enlarged and liberal policy: a policy worthy of imitation. All possess alike liberty of conscience and immunities of citizenship It is now no more that toleration is spoken of, as if it was by the indulgence of one class of people, that another enjoyed the exercise of their inherent natural rights. For happily the Government of the United States, which gives to bigotry no sanction, to persecution no assistance requires only that they who live under its protection should demean themselves as good citizens, in giving it on all occasions their effectual support.

Ross Douthat, putting his faux historian hat on, has begged to differ with our first President. We should sanction bigotry, he argues, because bigots are an awesome weapon to force people to behave the way I'd personally like them to do so. Douthat argues there are two Americas, one that loves all this liberal freedom and tolerance stuff, and one that has screeched like little babies at the thought of all that. Of these two groups, he says:

But both understandings of this country have real wisdom to offer, and both have been necessary to the American experiment’s success.

For those following along at home, he's basically saying that both Washington's words of anti-bigotry and religious freedom and the KKK's political stance have been beneficial to America. Sure, he doesn't talk directly about the KKK or about Washington---he's smart enough to realize that saying, "The Klan had a point, they just took it too far," isn't how you win friends in 2010. But that's one of the groups he's talking about with his odious argument that odious nativism has been a good thing for our country because it caused foreigners to assimilate faster. Douthat's in a tough spot. He knows well enough that the screaming about the Cordoba House owes itself to a long and ignoble tendency in American history that helped produce the KKK (the KKK of the 1920s more than the Reconstruction era one) and the Know-Nothings. He knows that the modern ugly bigotry has these roots, so he chooses to dignify this long history by soft-pedaling and outright lying about their stances, and refusing to name names. But I will. Here's Douthat:

But there’s another America as well, one that understands itself as a distinctive culture, rather than just a set of political propositions. This America speaks English, not Spanish or Chinese or Arabic. It looks back to a particular religious heritage: Protestantism originally, and then a Judeo-Christian consensus that accommodated Jews and Catholics as well. It draws its social norms from the mores of the Anglo-Saxon diaspora — and it expects new arrivals to assimilate themselves to these norms, and quickly.

The "expects new arrivals to assimilate themselves to these norms" is a lie, as Jamelle Bouie points out.

But this is bad history; the nativists of 19th-century America weren't much interested in having "new arrivals adapt to Anglo-Saxon culture," rather, the nativists of mid-19th-century America wanted to keep immigrants off of American shores. In its 1856 platform, the American Party -- otherwise known as the "Know-Nothing Party" -- pushed for the mass expulsion of poor immigrants, and declared that "Americans must rule America, and to this end native-born citizens should be selected for all State, Federal, and municipal offices of government employment, in preference to all others."

And of course, this trend continued into the 20th century, being bolstered by the KKK revival of the 1920s:

Like many nativist organizations opposed to immigration, the Knights of the Ku Klux Klan responded to cultural changes brought about not only by immigration, but also by changes in the American economy and society after the First World War. Rapid technological, economic, demographic, social, and cultural changes understandably created confusion and cultural tension in the early 1920s. Mass production, mass consumption, mass communications, and mass culture undermined the familiar cultural codes and traditional morals and values. The Ku Klux Klan attempted to resist challenges to traditional morality by enlisting native, white, Protestant Americans who exhibited character, morality, Christian values, and "pure Americanism."

That website has a helpful picture from the history of the "other America" that Douthat praises so much, the one that "speaks English, not Spanish or Chinese or Arabic." The one we're supposed to learn so much from, because they're defenders of a culture Douthat thinks is so superior.

Even if you think that the assimilation that Douthat praises is both good and real, both of which are quite arguable, you have to admit that these motherfuckers that he thinks have so much "wisdom" didn't have anything to do with it. On the contrary, this ruthlessness towards immigrants is probably a big reason for ghettoization, which is what you might call the opposite of assimilation. I'm sure people will protest and say that Douthat isn't talking about those bigots, but I don't see who the fuck else he could be talking about. His description of the values of these folks dovetails nicely with how the 20s era KKK described themselves:

Douthat claims to be all for assimilation, but he's making excuses for eliminationism. His claim that he wants Muslims in America to be more "moderate" is belied by the fact that he's objecting to the Cordoba House, which exists precisely to achieve the goals that Douthat claims he supports as a gloss for his racist excuse-making. He's arguing in bad faith in the extreme, and all for the purposes of putting a smiley face revisionist history on some really ugly history.

I grew up on the Mexican-American border, and my experiences lead me to find the word "assimilate" to be a misleading word, because it implies a process that isn't, in reality, so very straightforward. The word "assimilate" allows people like Douthat to invoke an unchanging American culture, and to posit that immigrants and minority cultures are somehow outside it and have to reconcile themselves to it. It conceals the much more complex realities of culture, and how it's constantly changing because it's made of people, and people are ever-changing and ever-adapting. In the America of some people's childhood, it really was white picket fences and apple pie. My childhood America was one where Santana was up there with Creedence Clearwater Revival in the pantheon of rock gods.

I bring all this up, because I want to really drive home how, on top of Douthat's overt lies, he's basing his entire argument on an assumption that is a lie, which is that there is a static American culture to assimilate to. Even within the column, this assumption falls apart, as Douthat tacitly acknowledges that the bigots he praises used to not like Jews so much, either, but have at least toned that down dramatically for politically expedient reasons. For people to assimilate to American culture, you have to ask, "Which one?" Douthat tries, praising the bigots of the past for, "the insistence that new arrivals adapt to Anglo-Saxon culture". Really? Anglo-Saxon culture? They insisted that new arrivals drink mead and resist the cultural innovations of the Roman and Norman invaders? Should they resent the fact that the legend of King Arthur has gotten so far away from its barbarian roots?

Okay, well that ridiculousness aside, we all think we know what he means by the American culture to assimilate to---he means white bread Protestant American and says as much. Of course, there's a lot of cultural diversity amongst white Americans with a Protestant background. Should people whose families are newly off the boat pick up being fans of NASCAR or should they instead go to Arcade Fire shows? And let's not forget that Douthat's idealized image of the America that you should assimilate to has no room for truly American innovations outside of the euphemistically named "Anglo-Saxon" group he's waving towards. Are the uniquely American forms of music like rock, hip-hop, jazz, disco, and techno that mostly began in African-American communities what he's thinking of when he thinks of American culture? Is he imagining the Spanish-influenced architecture of the American Southwest, or Mexican-influenced but USA-born cuisines like the humble burrito? For the love of all that holy, where does eating pizza come into this equation? If the Cordoba House, with its gym and classroom space, doesn't fit into the assimilationist mode that Douthat has in mind, then nothing short of Muslims not being here at all will do.