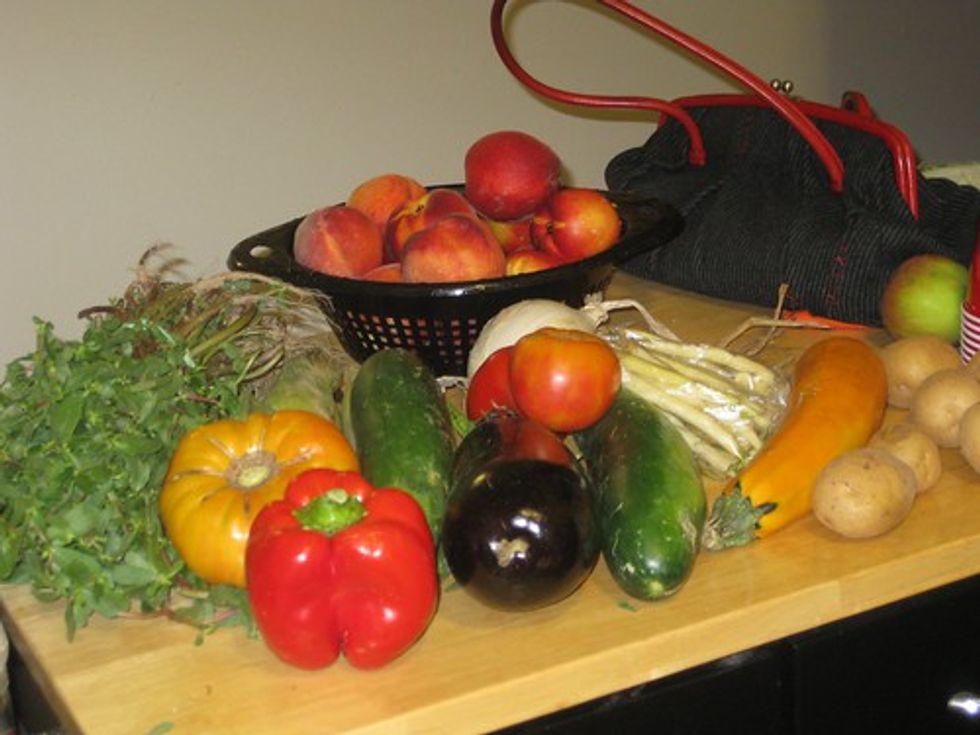 As you can see, a shit ton of peaches and nectarines

Cucumbers! Other people have trouble thinking of what to do with eggplant or zucchini, but my produce of struggle is cucumber. There's so much of it, and yet a little goes a long way. I'm starting to really try to expand how I think of cucumbers. For instance, I'm looking towards using them to make cocktails tonight. Ideas are most welcome.

1) I was ready to take the leap into making my own sandwich bread. I had eggs and milk in the fridge to use up, so I went with a recipe from How to Cook Everything Vegetarian that used both. Bittman focuses his bread recipes on food processors, but since I have a weak, ancient, delicate food processor, I just did it by hand. Kneaded the dough, put it in the bowl for a couple of hours while doing other stuff so it could rise.

Went to the farmer’s market and got one bread roll and one heirloom tomato. Made a sandwich with these, plus some of the CSA cucumber and fromage blanc. And one of the peaches. Deli salads were all half off at the grocery store, so I bought a bunch to go with sandwiches, and had some pasta salad. 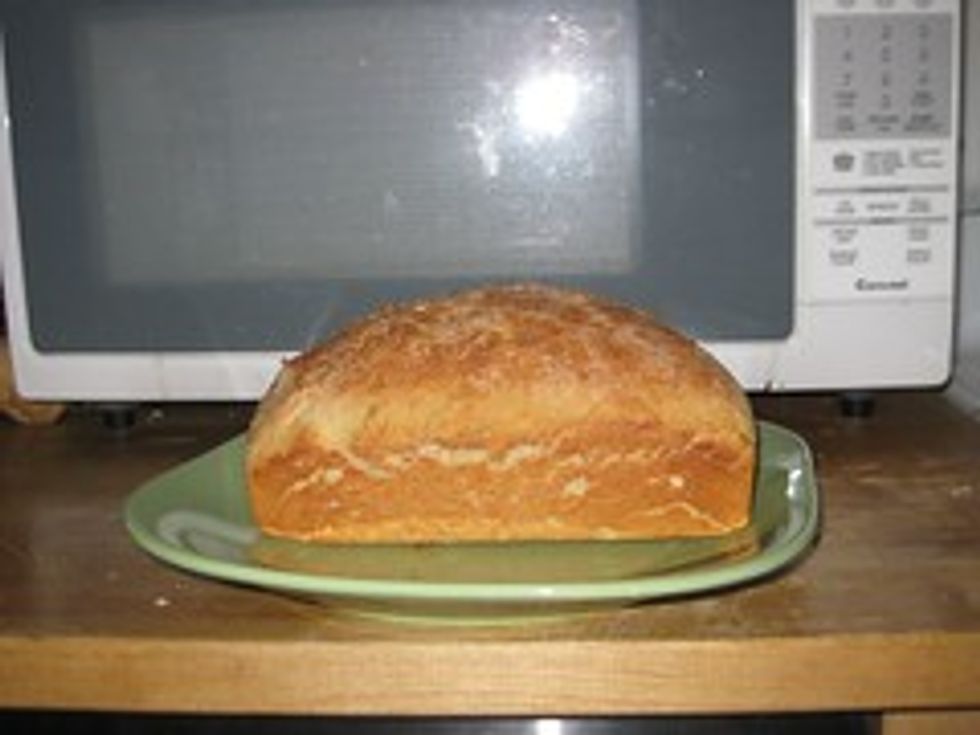 1) Put the dough in a pan, and the pan in the oven for 40 minutes. Pulled out a loaf of bread. Squeed in excitement.

2) Modified this recipe a little, using garlic instead of onions because I was out of onion.

3) Sliced up and salted eggplant. Let it sit for awhile while enjoying a book. Then pan-grilled it again, on the grounds that eggplant sandwiches are so awesome they never get old. Used the whole eggplant this time, on the grounds that I could always recycle the uneaten slices as leftovers. Made sandwiches with an heirloom tomato, basil, horseradish cheddar, and the eggplant. 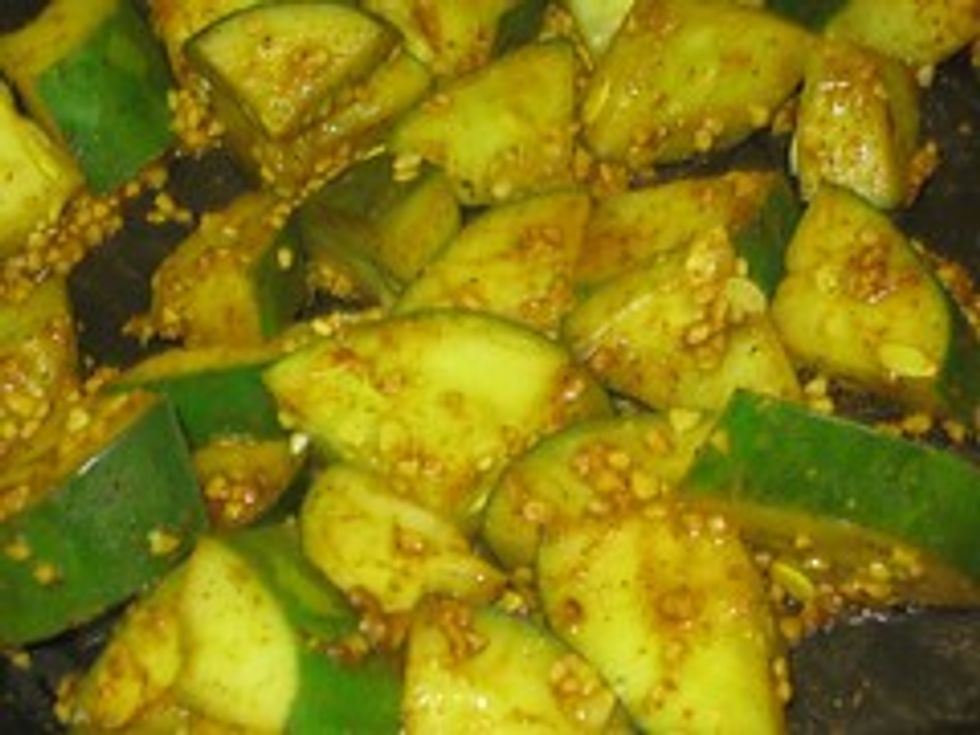 4) Reheated the cucumber mix and also had some coleslaw from the grocery store.

Time: Making the bread was a big part, but with store-bought bread, probably 20-30 minutes. 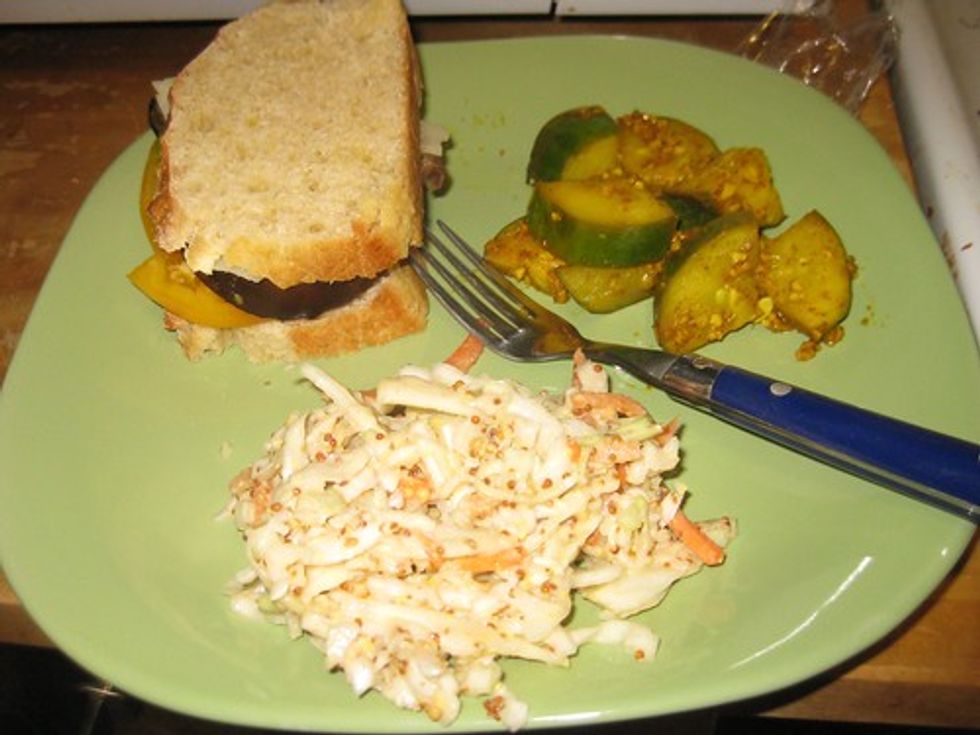 Like the zucchini & corn pasta so much I decided to do it again. I browned the corn and some onion in the skillet, then added zucchini, garlic, thyme from the garden and jalapeno with some veggie broth. Turned off the heat and added grape tomatoes. Poured it over some pasta. 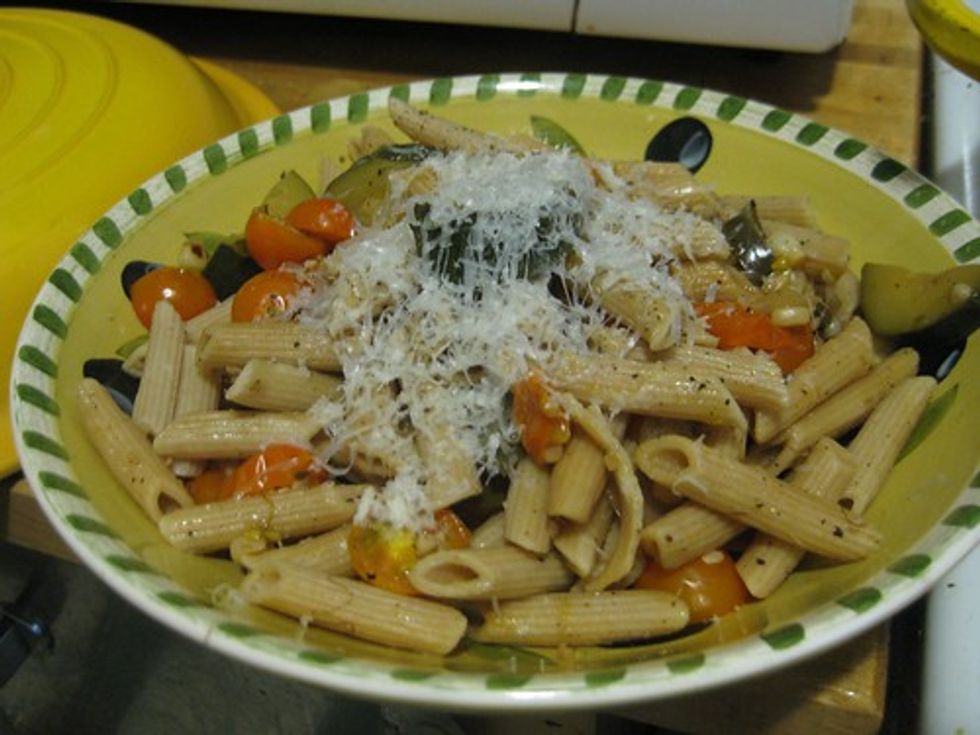 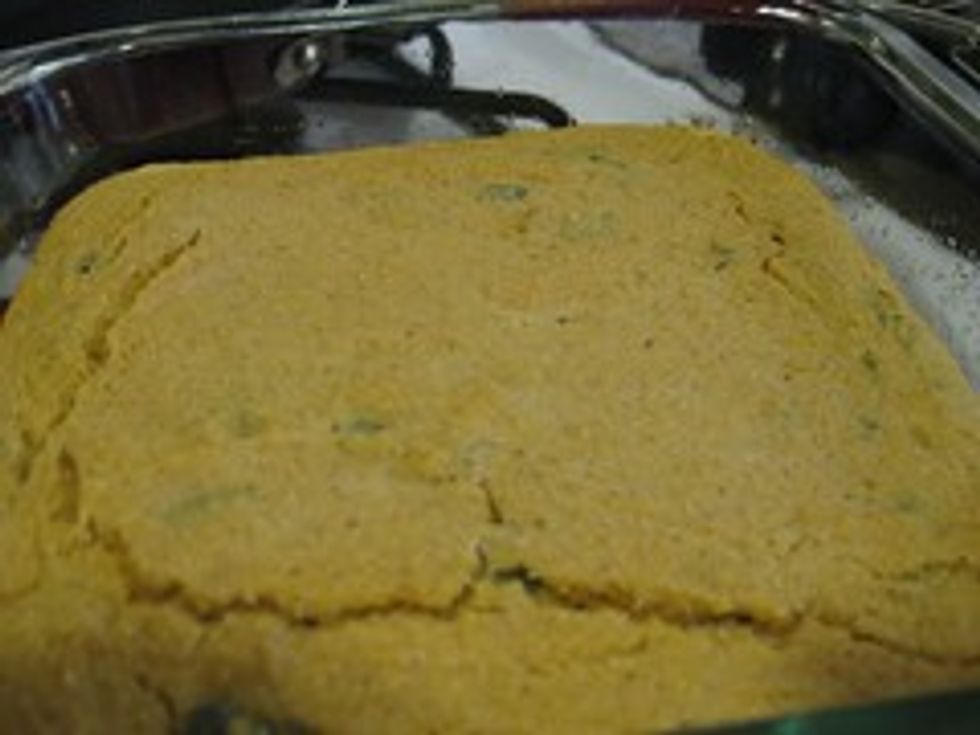 1) Made some cornbread with some of the purslane, and a little chili powder.

2) Mixed corn, bell pepper, onion, and some purslane. Cooked it in the skillet with some chili powder, cumin, and garlic. 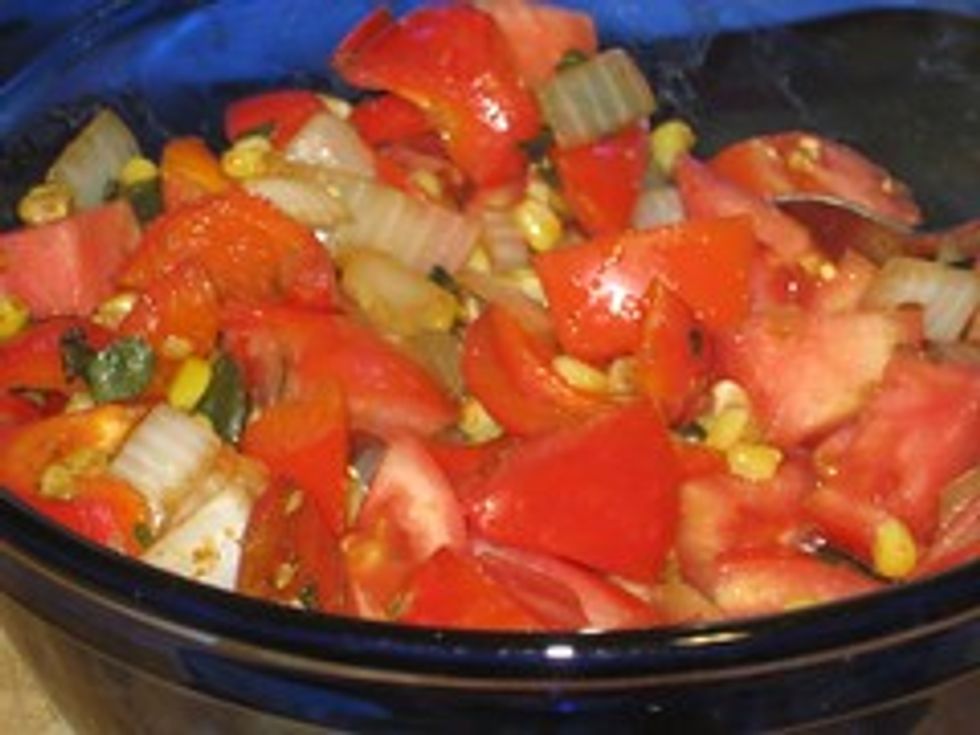 3) Modified this recipe for the stovetop. I used salmon, because it was on sale. The fish kind of broke up into a million pieces, but it was still tasty.

Soundtrack: Made a Genius mix off Prince’s “Shockadelica”, because I’m doing an 80s DJ-ing project and I thought it would help me brainstorm.

Leftovers: The corn salad went well with beans for burritos. The cornbread was excellent with breakfast. 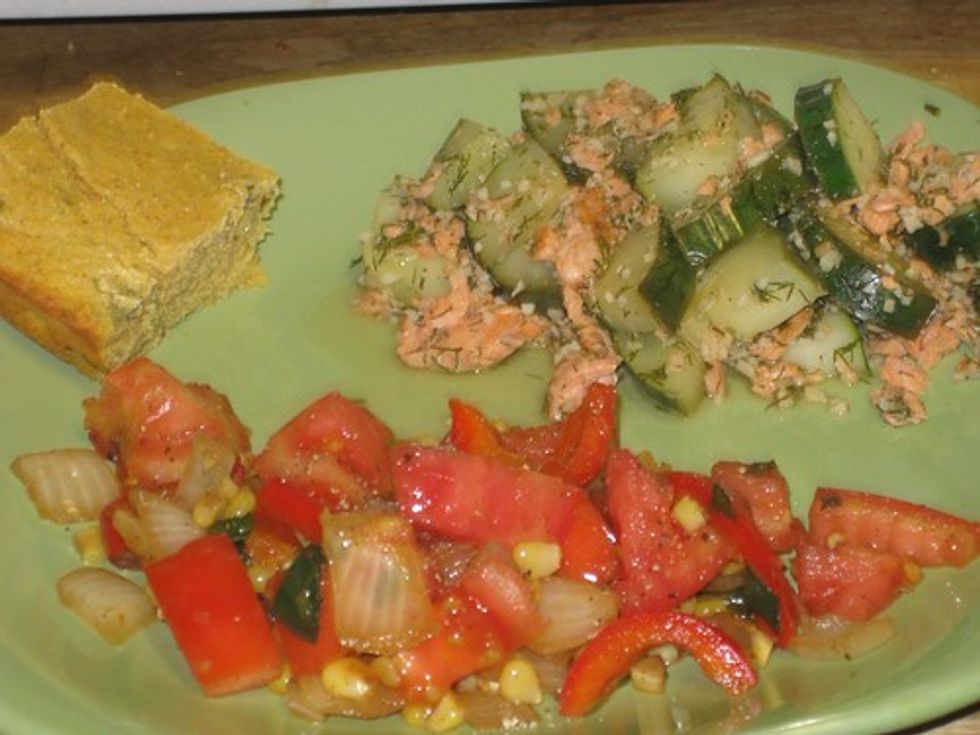