How not to reply to an accusation you think is unfair 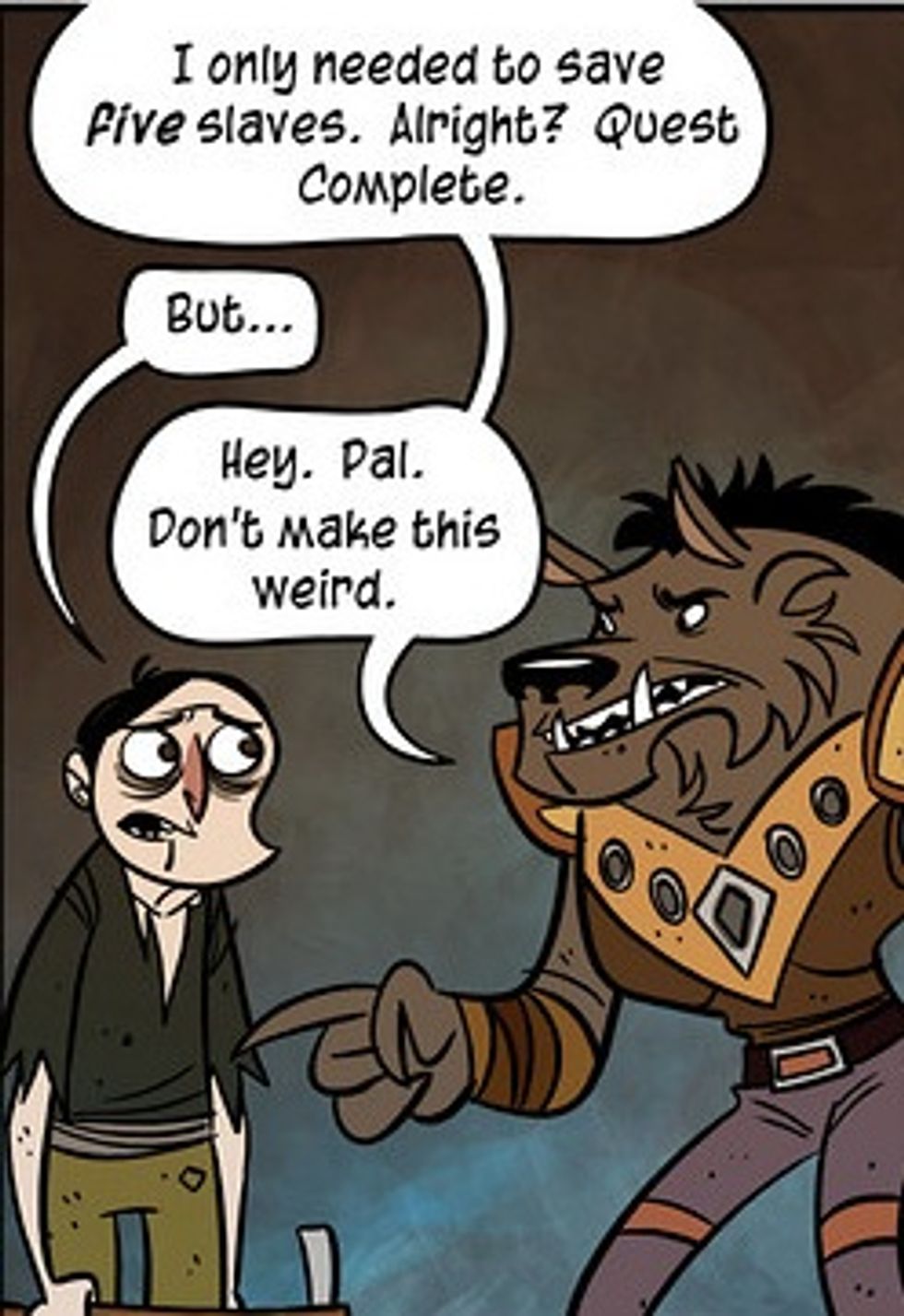 So, last night on Formspring, someone asked me about the Penny Arcade controversy. I like Penny Arcade, but I confess I don't read it regularly, because my life as a gamer is a shadow existence mostly built around Rock Band and occasional forays into Mario. So, I was unaware of the controversy, and had to be educated by Jesse. (Thanks, Jesse!) So, the timeline I've constructed is this.

1) Penny Arcade writes a comic where the joke is about contrasting the demands of a video game with the moral precepts of the real world. The comic involved the line, "raped to sleep by the dickwolves". I personally found this joke hilarious, because I've played enough video games that I've also gone down the path of finding humor in the contrast between the game world and the real world. For those who don't get it, the humor comes from the fact that video games raise the stakes a lot of the time by having the hero do things like rescue slaves from hell, but the goals often undermine these stakes by having you only save, say, five slaves. "Raped by dickwolves" didn't bother me---it's obviously a play on the long history of imaginative tortures of hell that everyone from Dante to video game writers have come up with.

I did not think this was a "rape joke" in the classic sense of the term, which is a joke where the punch line expresses the idea that raping is awesome. The joke of the comic was that the moral universes painted in video games are often horrific in a way that contrasts with the light-hearted nature of gaming. That strikes me as a perfectly appropriate thing to make fun of, tame even.

2) Someone at Shakesville takes offense. I found the blog post an annoying rationalization for disliking humor in general, which the blogger admits she does. I find the "but rape is real!" argument against jokes of this nature to be a disingenuous one. Slavery is also real, as is murder and general violence. But there's no way that the blogger would have gotten mad about jokes in those veins, but a joke about a form of torture that is supposed to sound over the top and mystical got her into offended mode.

I also didn't like the post because I object to people who use survivors as a rhetorical device to shield their arguments from criticism. I feel, as a rape survivor, way more dehumanized by this post that purports to speak for survivors than I ever could by the Penny Arcade comic. I reject and resent the suggestion that having been sexually assaulted in my past makes me unable to see that this joke for what it was. I think this rhetorical device of casting survivors as a group of women too delicate to even understand context and meaning, while well-meaning, actually hurts rape survivors by reinforcing the erroneous notion that once a woman is raped, she's forever ruined and broken. I don't like being used as a rhetorical weapon in a general rant against comedy. I'm not saying all survivors would agree or disagree with me. That's my point. I really dislike the dehumanizing way survivors are often lumped together as one big group that shares a single opinion or worldview that just happens to coincide with the one the blogger is arguing.

3) That said, the guys at Penny Arcade responded in officially the worst possible way to respond. As Melissa correctly notes, they attacked strawmen, and this time they really did make light of rape. Jokes where you condemn rape in a sardonic tone really do imply that rape isn't a big deal. In the time it took them to write the response, there were probably like 10 rapes in the U.S. alone. The cartoon implied that rape is less common than it is, that rape culture isn't real, and that the whole subject is beneath you. This was tone deaf, sexist, and stupid.

Well, Amanda, you might be asking, what were these guys supposed to do? That's a good question. In all honesty, I think they should have ignored it and the whole thing would have blown over. I realize that's really hard to do sometimes. And sometimes addressing concerns is a better idea. It really depends on the situation. But in this case, the critic comes right out and says she objects in a very general way to comedy. When you're facing someone who condemns the entire genre you work in, I don't really think there's a possibility of communication there. It's like trying to argue the finer points of a rap song to someone who says hip hop isn't music. Explaining the joke isn't going to work, either. Trying to make jokes about the joke will fail you as well---remember, your critic has made it clear that she finds comedy distasteful.

Turning around and committing exactly the offense you were unfairly accused of is exactly the stupidest thing you could have done. To the guys at Penny Arcade, I would suggest that next time you want to run a comic like that, maybe email me or someone like me and ask if what you're about to say is truly fucked up. Looking at this from various angles, I feel like the best thing they could have done was ignore the whole thing. I sympathize---sometimes it's hard to tell the difference between a situation where a response will be helpful from one where your critics have put you in a spot where there's nothing you can really say or do. But whatever you do, don't then go do the very thing that you were accused of doing in the first place.