Living in a bad satire 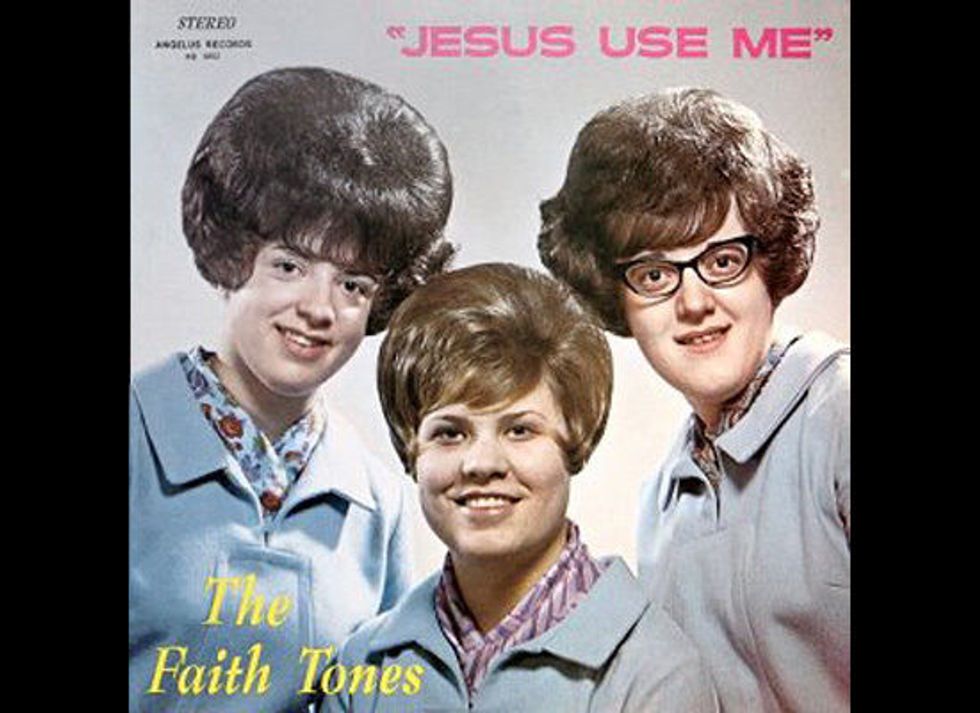 I'm beginning to think the whole "Ground Zero mosque" thing is a hoax being played on the American public to highlight all the worst tendencies in our political culture. I had to ban a couple of dingbats from the blog last night for vile hate speech and, weirdly, plagiarism (one guy was copying and pasting right wing screeds and passing them off off as his own---he was found out because astute commenters noted the improvements in both his spelling and grammar). It's kind of surreal having the same folks who go down to the WTC to have grinning tourist shots taken in front of it before they scurry away from the natives to go see a Broadway show start lecturing everyone else on how to memorialize 9/11. Then, in what could pass as a parody of right wing pseudo-histories, you have Ross Douthat---who is a convert to Catholicism, mind you---trying to revise history to make the Know-Nothings (and, as I pointed out, the KKK) look like they were a generally good group of folks who were just really convinced that assimilation was for the best. Then you have cowardly simps in the Democratic party like Harry Reid actually thinking they can score political points by joining into the racist and frankly stupid manufactured shit storm. And now the inevitable squalling about how "both sides" are to blame. Gov. Chris Christie's remarks are so incredibly stupid that I'm forced again to wonder if this isn't just a conspiracy to play some ridiculous hoax on the public.

If you were trying to write a over-the-top hyperbolic parody of American politics, and you came up with this story, you would toss it in the trash for lacking subtlety. Newt Gingrich's remarks especially would be considered too silly to work as effective satire.

One thing that this should put to bed is the ridiculous narrative about how the Tea Crackers are secular libertarians who are indifferent to the culture wars. Of course, this whole crap pile has also demonstrated that our political culture is infinitely stupid, so I'm not holding out hope. This entire thing has demonstrated that right wing America holds beliefs about Islam that are so strange and so wrong as to compete with the sort of things that have been believed about Catholics and Jews in the past. I didn't realize until recently that when wingnuts screech about "Allah", they weren't just employing a rhetorical flourish for their racism. No, they actually seem to believe that "Allah" is an entirely different god than the one worshiped by Christians, and many of them seem to think that Allah is a real god---or I suppose they'd say a demon---that is competing with their god for worshipers. What makes this a particularly strange belief is that there are legitimately religions in this world that actually worship a different god than the one of the Christians, but Islam simply isn't one of those religions. But having decided that Islam is, in their eyes, a pagan religion worshiping a demon, right wingers then go off to theorize about what kind of demon "Allah" is, which is almost assuredly where Mark Williams' highly specific "monkey god" crack came from.

I'm not pointing this out to make some kind of full-throated defense of Islam, though from the garbage I'm seeing aimed at me on Twitter and in email, I suspect a lot of right wingers have convinced themselves that there's way more "secret Muslims" out there than Barack Obama. I'm actually a pretty outspoken atheist. I find all religions to be preposterous, but I find them to be equally preposterous. Right wingers keep making arguments about how Christianity (and they'll occasionally hat-tip Judaism) is a better religion than Islam, something I find akin to arguing over whether or not vampires are more fun to hang out with than mermaids. But this brings me to another point about some of the really strange right wing beliefs about Islam that have been exposed in all the squawking over the Cordoba House---they attribute subversive powers to it that are near-magical. There seems to be a belief that Islam has hypnotizing powers over people that can only be resisted by flagrant bigotry, and that those of us who don't exhibit said flagrant bigotry are being recruited and we don't even know it. That kind of view goes a long way to explaining the baffling panic of "creeping" sharia law, as if American judges and lawyers, when exposed to spell-binding examples of sharia law, will become helpless and unable to enforce the secular laws of a country that explicitly sets out to separate church and state. It also goes a long way to explaining why so many right wingers seem convinced to their bones that American feminists fucking love it when fundamentalist Muslims push the sort of misogynist rules on women that American Christian fundamentalists only wish they could get away with. I cannot tell you how many folks have sent missives to me that indicate that they believe I'm a supporter of female genital mutilation, which they also seem to believe is both exclusive to Muslims and universal to Muslims. (It's not---it's a tradition that predates Islam, and regardless of the debates about what the passage that references it in the Koran means, it's clear from the passage that the tradition predates Islam.) In reality, Islam is basically like all other religions---whether or not you believe in it over another religion is based almost entirely on whether or not that was the faith you were raised in, with a few converts on the side mostly existing because of intermarriage, and even fewer converting because they felt like it.

There are few pleasures in life like being lectured by someone who, in the name of Jesus would have you forced to bear one child after another against your will, about why your supposed love of cutting off clitorises---a love you don't actually have---is anti-woman. It makes you long strongly for the mermaids vs. vampires discussion.

What I will say is all this crap is exactly why, even though it hurts people's fee-fees, I think religion is a fundamentally bad idea. Not that you can't have racism in a secular sense, but the introduction of a bunch of ancient, preposterous magical stories into this whole thing is just making everything worse. This controversy has blown up because there's so many right wing nuts who are dedicated to claiming that their pile of lies about a supernatural being that doesn't exist is good and true, whereas the Muslim pile of lies about a supernatural being that doesn't exist is demonic and evil. Meanwhile, those of us who are standing up for tolerance and diversity are kind of in this position where we have to say, "Look, due to the nature of mystical bullshit being all made up, of course there are going to be competing and differing kinds of mystical bullshit. But when it comes to the real world, we're more alike than different, and there's simply no reason we can't get along if we want to." Of course, most people use nicer words than that, especially if they go home themselves and follow a line of mystical bullshit.

The legitimate powers of government extend to such acts only as are injurious to others. But it does me no injury for my neighbor to say there are twenty gods or no God. It neither picks my pocket nor breaks my leg.

Though I do wish for direct neighbors who worship by dancing naked around in their backyard. That would be awesome.