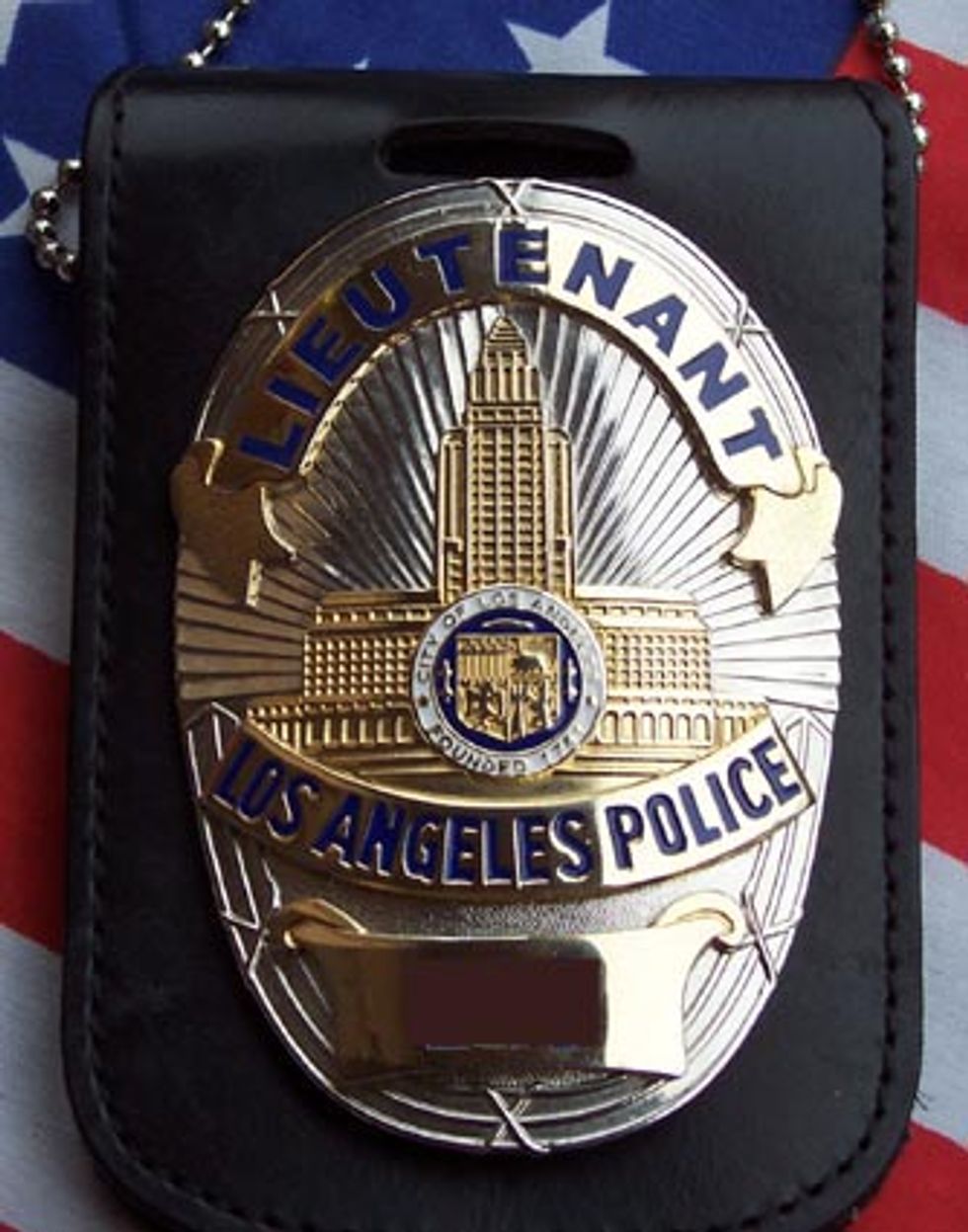 Police Chief Charlie Beck pleaded for calm and vowed his department would conduct an exhaustive investigation into a bicycle officer's fatal shooting of a drunken day laborer with a knife.

But his words did little to dissuade demonstrators, who spilled into the streets for a second straight night Tuesday — some to pray and light candles and others to pelt a police station near downtown Los Angeles with eggs, rocks and bottles.

Officers fired at least two rounds of nonlethal foam projectiles at demonstrators, Rayner said. No injuries to officers or civilians were reported.

On Monday, four people were arrested on suspicion of misdemeanor inciting a riot, and others threw rocks and bottles at police, slightly injuring three officers, Officer Bruce Borihanh said.

On Tuesday, about 300 protesters took their complaints to the police station only two blocks from where Jamines died, said Lt. Andrew Neiman. Officers tried to move the demonstrators away from the station and keep them away from the park.

A citywide tactical alert was called to free up officers to respond to the area, Rayner said.

Beck said the incident involving Jamines started when someone flagged down three bicycle officers to tell them a man was threatening people with a knife.

The officers approached the suspect and told him in Spanish and English to put down the weapon. Instead, Jamines raised the knife above his head and lunged at Officer Frank Hernandez, a 13-year veteran of the department, Beck said.

Investigators recovered a bloody, 6-inch knife at the scene but didn't know where the blood came from.

"This was a very brief moment in time, just 40 seconds between first contact and the time of the shooting," Beck said.

Beck said the timeline was based on preliminary interviews. He said the department's Force Investigation Division will conduct a thorough, transparent probe.

The three officers involved in the shooting have been temporarily reassigned during the investigation.

Jamines had a wife and three children — ages 13, 6 and 8 — in his hometown of Mazatenango, Guatemala, according to his cousin Juan Jaminez, 38. He came to the United States six years ago to find work as a day laborer and spent most of his time looking for jobs in a Home Depot parking lot near his home.

Jamines was drunk but not dangerous, his cousin and neighbors said.

"Killing a drunk isn't right," said Juan Jaminez, also a day laborer. He and others described Jamines as a friendly, hardworking man who liked to drink on the weekends but wasn't violent.

"The officer who did this should be subject to discipline and a thorough investigation," said Juan Flores, 39, a cook at a downtown restaurant who knew Jamines. "We want to know, is he on vacation or is he fired?"

Flores said the officers should have used a non-lethal weapon to subdue Jamines.

Beck said the officer involved in the shooting didn't have a baton or stun gun with him. He said bicycle officers frequently do not carry the selection of non-lethal weapons found in patrol cars.

Juana Neri, 57, a Mexican immigrant housewife who lives nearby, pushed her grocery bag in a baby stroller past the corner where Jamines was killed.

"It's bad, what the police did, but what's worse is the silly stuff that people were doing here," she said, referring to Monday's violence. "We are not in our country, and with the problems that Hispanic immigrants have these days, it's better not to cause problems."

MacArthur Park was the site of a May 1, 2007, clash in which police officers pummeled immigration rights marchers and reporters with batons and shot rubber bullets into the crowd. Dozens of protesters and journalists were injured. Police said it began with a group of "agitators" outside the park throwing objects at officers.