Via Towleroad, a clear sign that it's not a post-racial society across the pond either. Bonus points in this case for these clubs employing a shared security system to do their racial profiling and have closed ranks regarding the controversy.

"When Amaechi questioned the decision, the doorman said it was a 'private members' bar.' He then allegedly claimed that the New York Times best-selling author had been flagged up as 'trouble' on the gay village's shared security radio network. A spokesperson for the bar later told Amaechi's representative: 'Your group was stopped from entering the venue on Friday night as a message was received over the NiteNet radio system, (a system where several venues work together within the village, where they announce any issues they have with any customers), that your group had been argumentative and aggressive to another venue’s doorstaff. On interview with the staff who were present at the time, we are satisfied that there were no racism or bigotry comments as you suggest. All three staff who were present on the door at the time have been with us for over 14 months and none of them have ever displayed the attitude or characteristics you suggest in your email. You have clearly misunderstood the situation and perhaps justifying your exclusion that evening. We consider this matter closed now.'"

The other bars, VIA and Taurus, which use the NiteNet system deny there was any such warning about Amaechi's behavior.

According to the paper, "Amaechi's representatives have lodged a complaint with the Equality and Human Rights Commission along with a complaint to the Manchester City Council LGBT affairs director, Terry Waller and also with the Greater Manchester Police LGBT liaison office."

This took place in Manchester, UK, Amaechi's flipping hometown! Oh, and what part of "big and black and could be trouble" isn't racist? Why would Amaechi even bother making something ridiculous like that up? I wonder where this case will go. 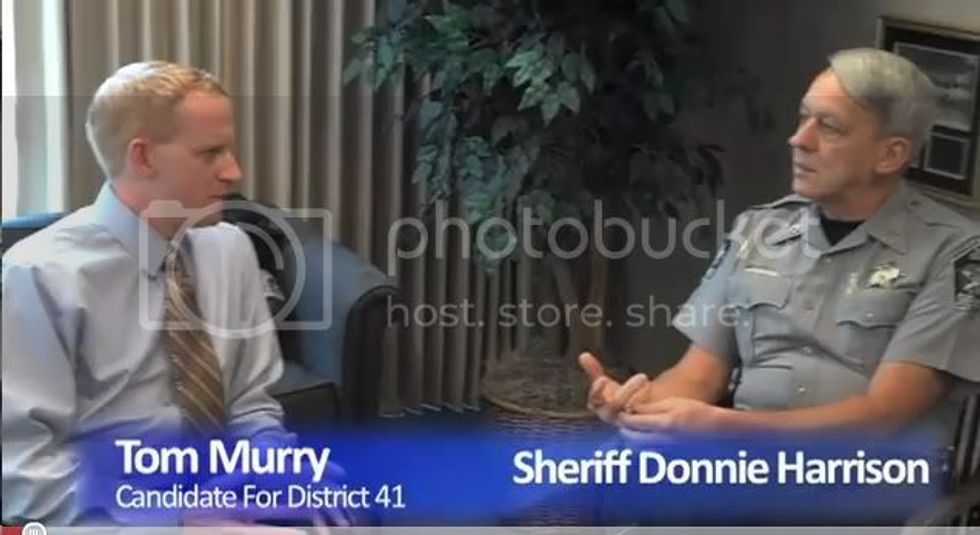 Back on our side of the Atlantic, and close to home, a sheriff here in NC goes on a nostalgia trip because required probable cause for pulling motorists over has cramped his style re: racial profiling, and general illegal chicanery.

Wake County Sheriff Donnie Harrison says the constitutional protection against unjustified searches and seizures inhibits law enforcement and it would be better if police could pull over motorists without probable cause.

Harrison, a Republican seeking election to a third four-year term in November, makes his comments in a video interview on the YouTube channel of Tom Murry, a Morrisville councilman running for the state House in the 41st District, which includes parts of Raleigh, Apex, Cary and Morrisville.

In the video, Murry asks, “Is the state making it easier for you to do your job or making it more difficult?”

Harrison, a former North Carolina Highway Patrol trooper, responds, “The biggest thing I see is the way we interpret laws. Back when I was a young trooper, we could stop a car anytime we wanted to to see if they had a driver’s license. Now you can’t do it. You have to have suspicion of probable cause. So, to me, it’s sort of burden on us.”