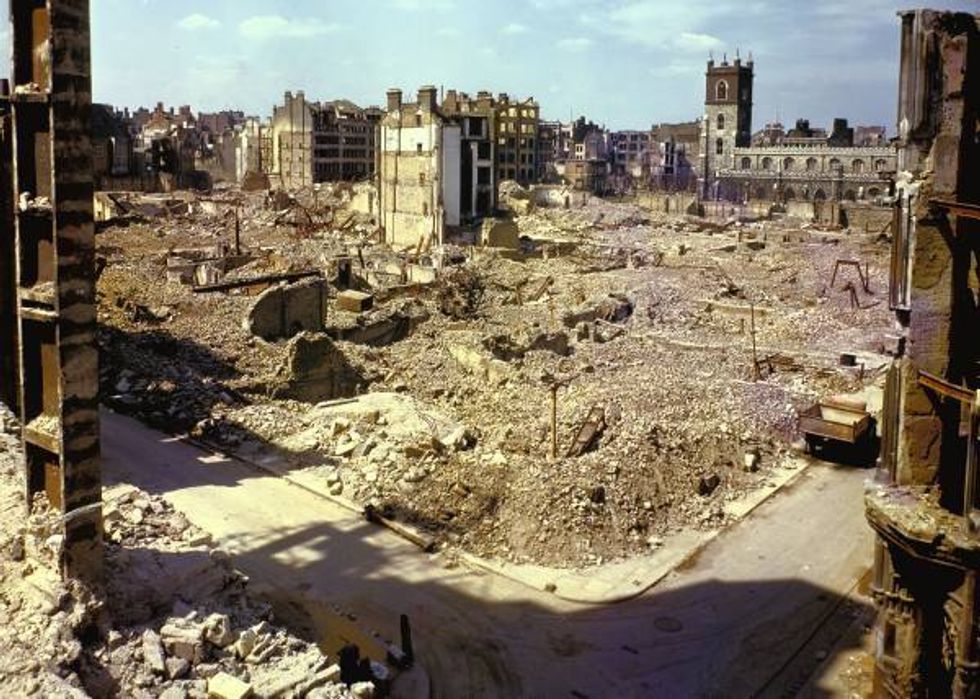 Rare color footage of the bomb damage inflicted on London during World War II has surfaced on the eve of the 70th anniversary of the Blitz.

The dramatic footage shows the destruction of several London landmarks, including the flagship John Lewis store on Oxford Street.

The film was released Monday by Westminster Council to mark the start of the devastating German bombing campaign that began September 7, 1940, and continued until May 1941.

The film was found in the attic by the family of an air raid warden who shot it on the home movie equipment in use in the 1940s.