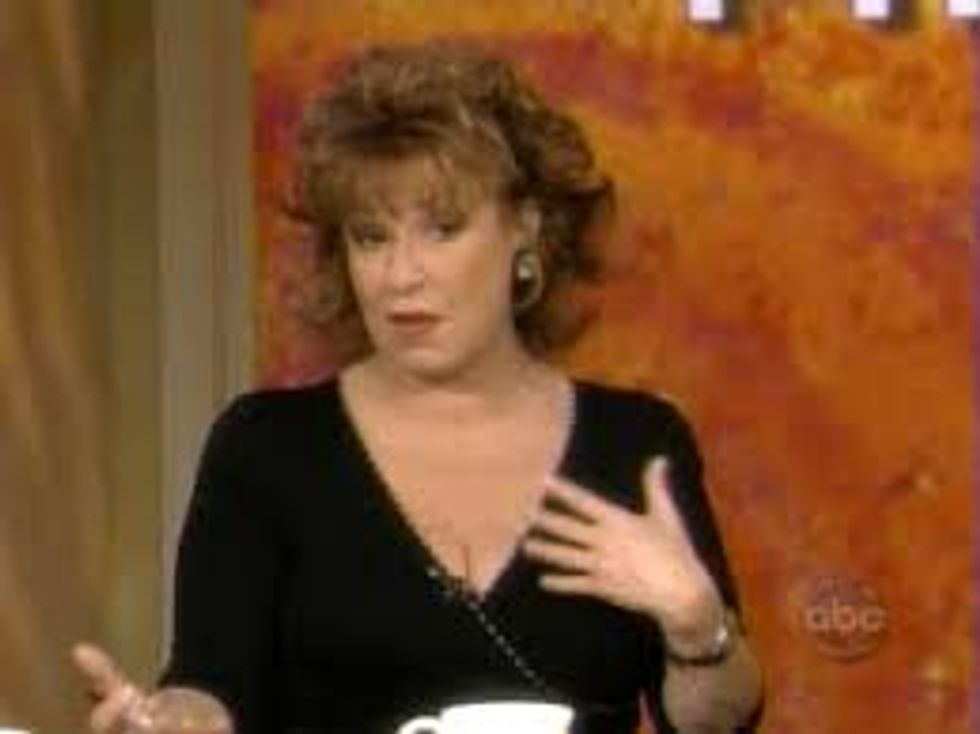 The View co-star Joy Behar ferociously ripped into Republican US Senate candidate Sharron Angle on Tuesday, repeatedly calling her a "bitch" and declaring that she's "going to hell."

Angle, who is locked in a tight battle with Democratic Majority Leader Harry Reid, has unleashed a wave of ads starring menacing Latinos (ostensibly "illegal aliens") who are exacerbating the woes of white Nevada families.

The most recent spot has been widely chastised as race-baiting, and sent the normally mild-mannered Behar into a several minutes-long firestorm.

Shepherd argued that such ads only fuel the racial animus that exists within America's bloodstream.

Last Sunday on "Meet The Press," MSNBC host Rachel Maddow called the spot the "most overtly racist ad of this campaign season" -- a competitive category, given the misgivings about immigrants that have taken root this year.

Below is the discussion on The View where Behar made the comments.