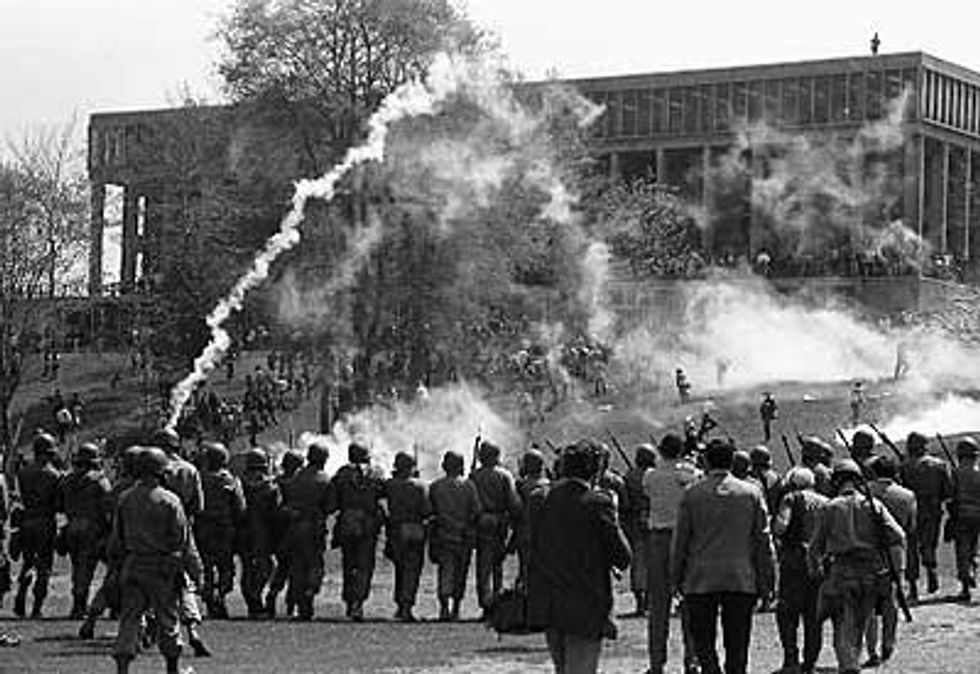 Following the revelation that an FBI informant may have opened fire just before the 1970 massacre of four anti-war students by members of the US National Guard, Congressman Dennis Kucinich (D-OH) has opened a probe into the events, requesting key documents from the FBI in a letter delivered Saturday morning.

A Friday report by The Cleveland Plain Dealer cites audio forensics experts in claiming that shots matching the acoustic signature of a .38 caliber pistol rang out some 70 seconds before Ohio Guardsmen opened fire on the crowd of students protesting the Vietnam war.

The discovery could finally solve the mystery of who fired first that fateful day -- and why.

"Earlier this year,  Allen and colleague Tom Owen examined the recording at The Plain Dealer's request and determined that Guardsmen were given an order to prepare to fire moments before they unleashed a 13-second fusillade of rifle shots at a May 4, 1970 demonstration that killed four students and wounded nine others," the paper noted. "What compelled the Guard to shoot is the central mystery of the iconic event, which galvanized sentiment against the Vietnam War."

After months of research and analysis of audio discovered in 2007, the paper said it believes FBI informant Terry Norman, pictured above, could have fired four rounds during an altercation just before Guard troops shot into the crowd.

Norman told investigators at the time that he hadn't fired his gun, but he's pictured in television news footage from that day wearing a gas mask and waving a .38-caliber pistol. No witnesses blamed him for the initial volley. He claimed he was carrying the firearm for protection from the protesters, who he alleged threatened him as he took photos of the confrontation.

The Plain Dealer's report said they were unable to locate Norman for comment.

Reacting to the paper's revelations, Kucinich requested that the FBI provide...

1) All documents pertaining to a relationship between the Bureau, including any employment records and any payment for photographic or other services, and Mr. Terry Norman;

2) All documents pertaining to a ballistics test or forensic examination conducted by the Bureau of a Smith and Wesson pistol recovered from Terry Norman on or about the day of the Kent State shootings; and

3) All documents pertaining to assistance of any kind, including employment assistance provided by the Bureau to or on behalf of Mr. Terry Norman.”

His letter was available online [PDF link] as of early Saturday.

The FBI was reviewing the congressman's request at time of this story's publication and had yet to release any documents.