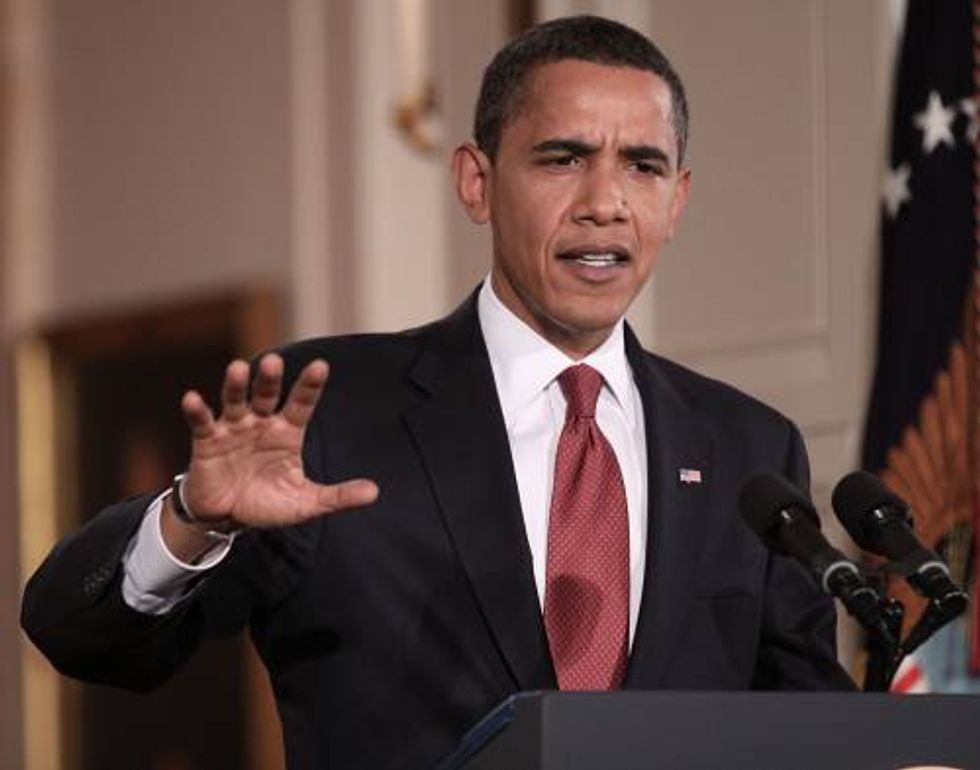 Obama made his comments in the East Room as he convened his first White House summit on community colleges.

The purpose is to boost the schools that provide millions of students with skills training and a less expensive path to a college degree — institutions that are also challenged by climbing enrollments and high dropout rates.

Calling them the "unsung heroes of America's education system," Obama said community colleges "may not get the credit they deserve, they may not get the same resources as other schools, but they provide a gateway to millions of Americans to good jobs and a better life."

A month from crucial midterm elections, Obama also used the event to highlight his focus on education, and accuse congressional Republicans of wanting to slash education spending and deprive community colleges of necessary resources.

"We are in a fight for the future, a fight that depends on education," the president said. Obama said global competitors such as India and China aren't cutting education spending, and doing so in the United States would be "like unilaterally disarming our troops right as they head to the front lines."

The daylong exercise at the White House included representatives from some of the nation's 1,200 community colleges, along with officials from business, philanthropy and government. Career teacher Jill Biden, wife of Vice President Joe Biden, presided. After opening remarks from Obama and Jill Biden, participants broke up into groups to discuss how these educational institutions can better meet the increased demand for job training and also help fulfill Obama's wish for the U.S. to become the world's top producer of college graduates by 2020.

The event came a day after the president announced a new public-private partnership linking major corporations like the Gap Inc. and McDonald's with community colleges to improve job training. Obama said the privately funded Skills for America's Future program would make it easier to connect job-seeking students and businesses looking to hire.

Community college tuition averages about $2,500 a year. That value, however, is being tested. Martha Kanter, undersecretary of education, said just 25 percent of community college students get a certificate or an associate's degree or transfer to a four-year institution within three years of enrollment. That means three of every four such students leave college without a training certificate or a degree.

The poor economy led to a 17 percent enrollment surge between the 2007 and 2009 academic years, a lot of it from newly unemployed people who went back to school to brush up on their job skills. The down economy also pushed families to look at community colleges instead of four-year institutions as a way to save on tuition.