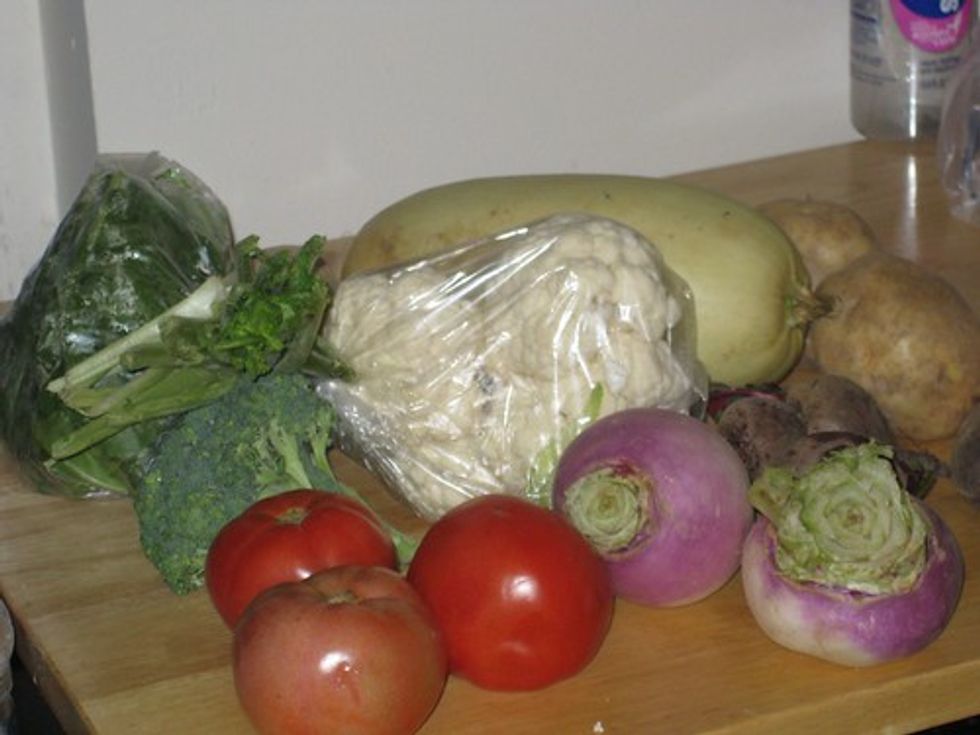 Sorry this is a day late, because I was busy with a friend visiting from out of town. But I didn't forget!

Two bits of business before we get into the food. One: the farmer who supplies this particular community supported agriculture project has given those who want it a chance to buy a 5 week extension. The price was hard to beat---$125 for 5 weeks---but you can only buy a full share with eggs. So that will present interesting new challenges with more vegetables and eggs being tossed into the mix. But I feel up to it after all this practice. Also, we're getting deep into fall and winter veggies now---radishes, turnips, that sort of thing. What I discovered is that radishes are kind of bitter, and so going forward, the efforts will be to get around that and make them tastier. Suggestions are welcome! Now on to the food. 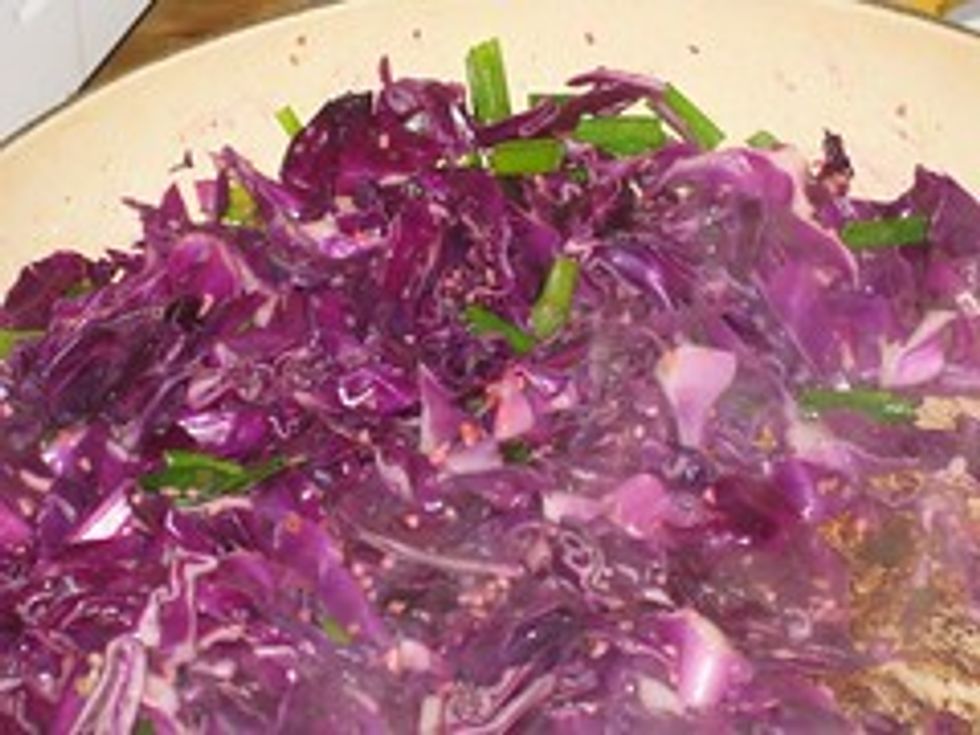 I decided to reduce the space the cabbage was taking up and make it easier to use by just cooking up what was left. I put it in the skillet with some onion, garlic, salt, and pepper, and cooked it a bit. Then I added a little veggie broth, cooked it some more, and then put it in the fridge mixed with some lemon juice to preserve it.

1) I roasted to acorn squash and the radish in the oven.

2) Cut up some onions and carrots. Cooked them for a few minutes in a pot, then poured lentils, wine, veggie broth, chopped up hot pepper, a bay leaf, chili powder, salt and pepper in it. Let it cook for about half an hour, then put in the roasted squash. Once the liquid was basically cooked off, turned off the heat. This was one side dish.

3) Warmed up the radish, sliced it up and served it with yogurt sauce.

4) Topped it off by using the last two of my homemade biscuits.

Time: About an hour. Lots of sitting around time, so you can wash as you go. 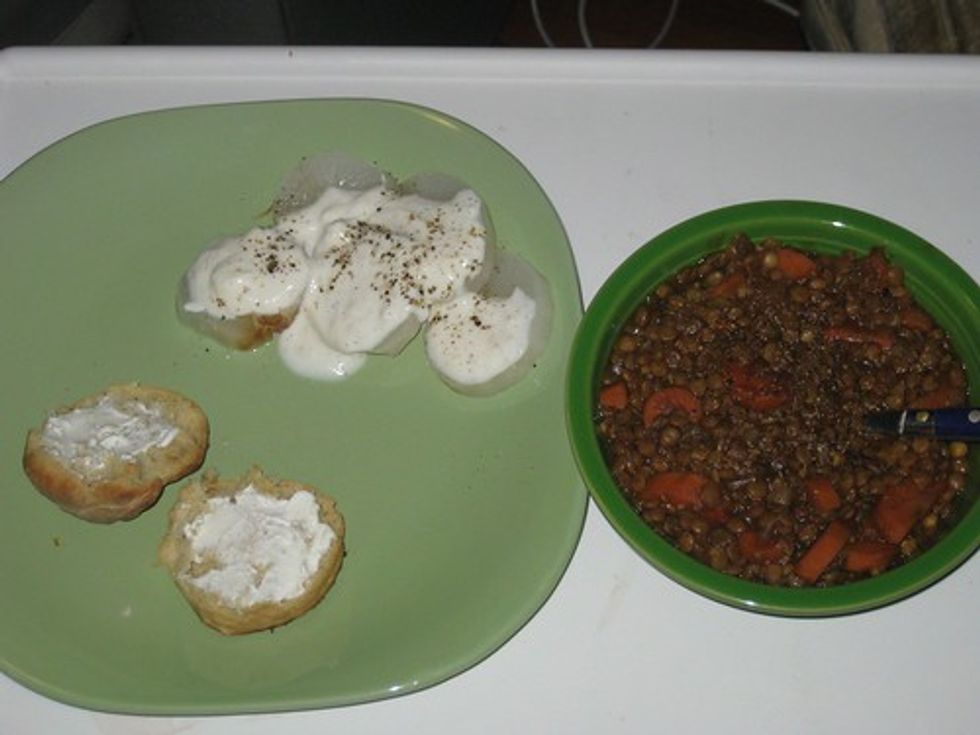 Cooked up some eggplant in the skillet with white wine. Added canned tomatoes and a pesto cube. Poured it over pasta. Easy-peasy. 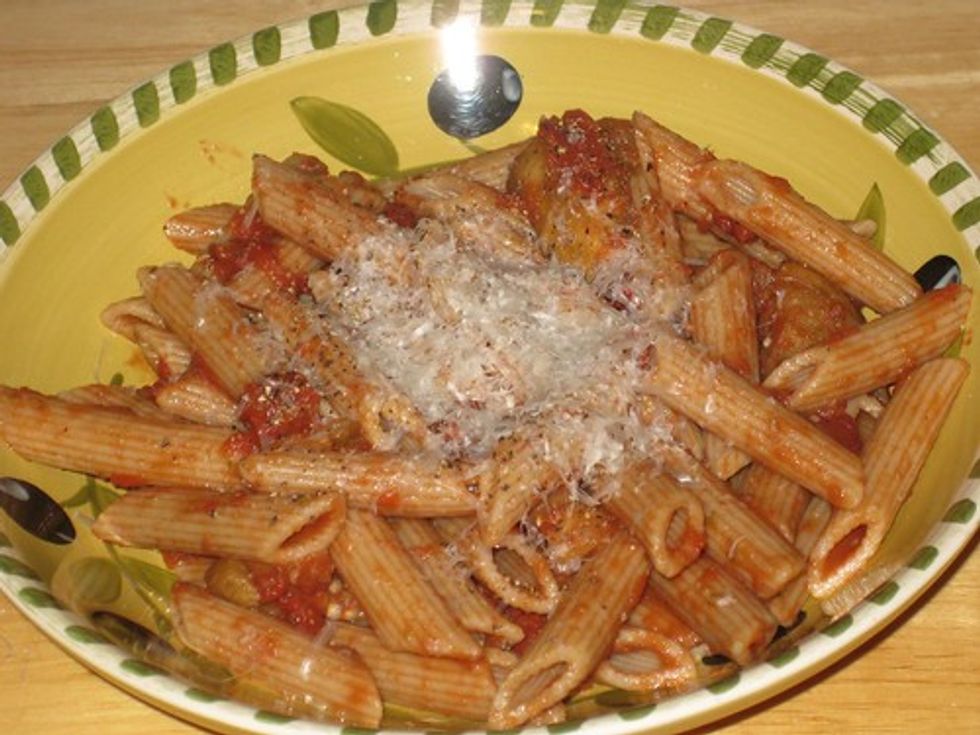 1) Cooked some rice with veggie broth.

2) Cooked up some chick peas. Rinsed them off, and set them aside.

3) Sliced up potatoes, a carrot, and onions. Cooked them in the skillet with cumin, tumeric, chili powder, ginger, salt and pepper. Added veggie broth and garlic. Added cauliflower and chick peas. Poured it all over rice once cooked.

Time: A couple hours, if you cook the beans. With canned or pre-cooked beans, 45 minutes. 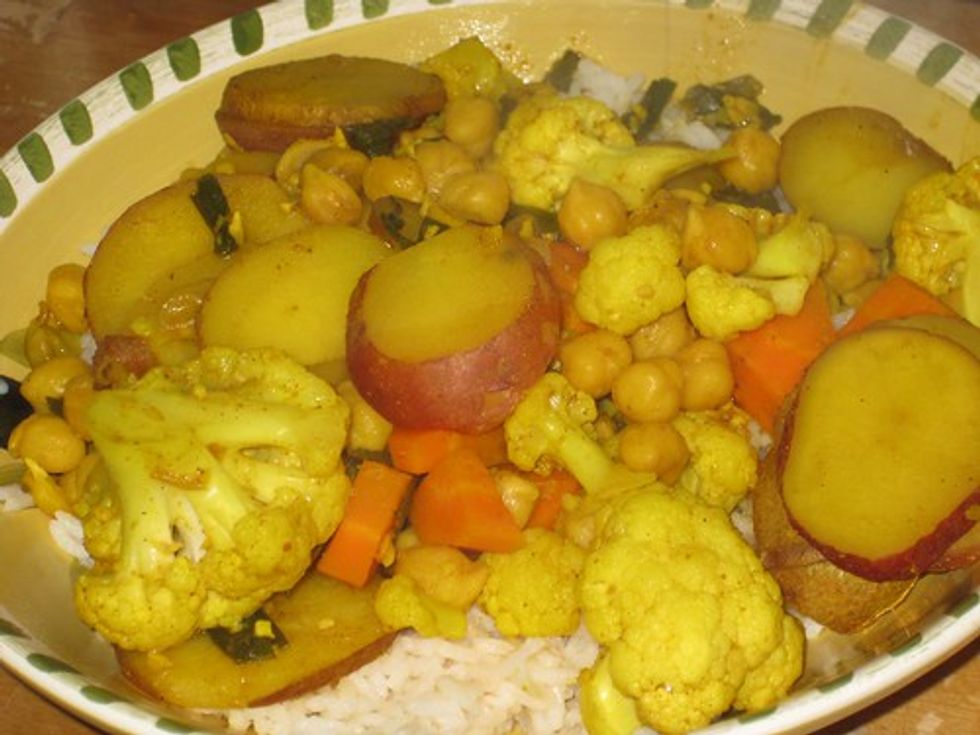 Put some of the cooked cabbage in with a can of refried beans. Cooked that in the microwave for a couple minutes, and served with corn tortillas, tomatoes, and salsa for a quick breakfast.

Lots of one-dish dinners this week. I'm going to try, starting tonight, to get away from that some.