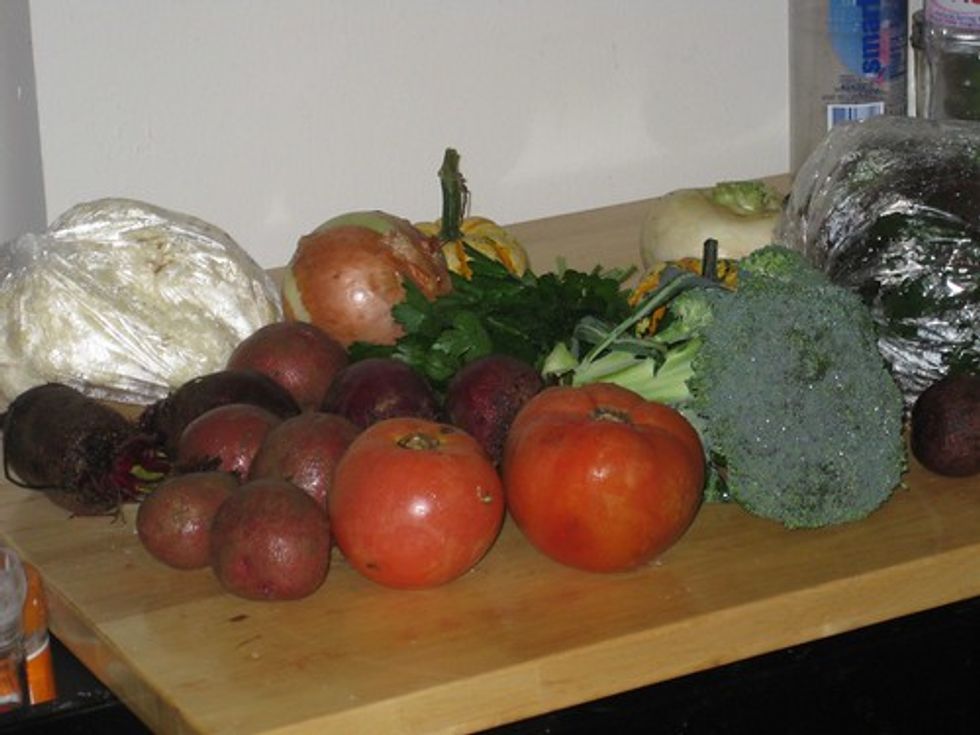 The site was down all day yesterday, so this is a day late. Apologies! 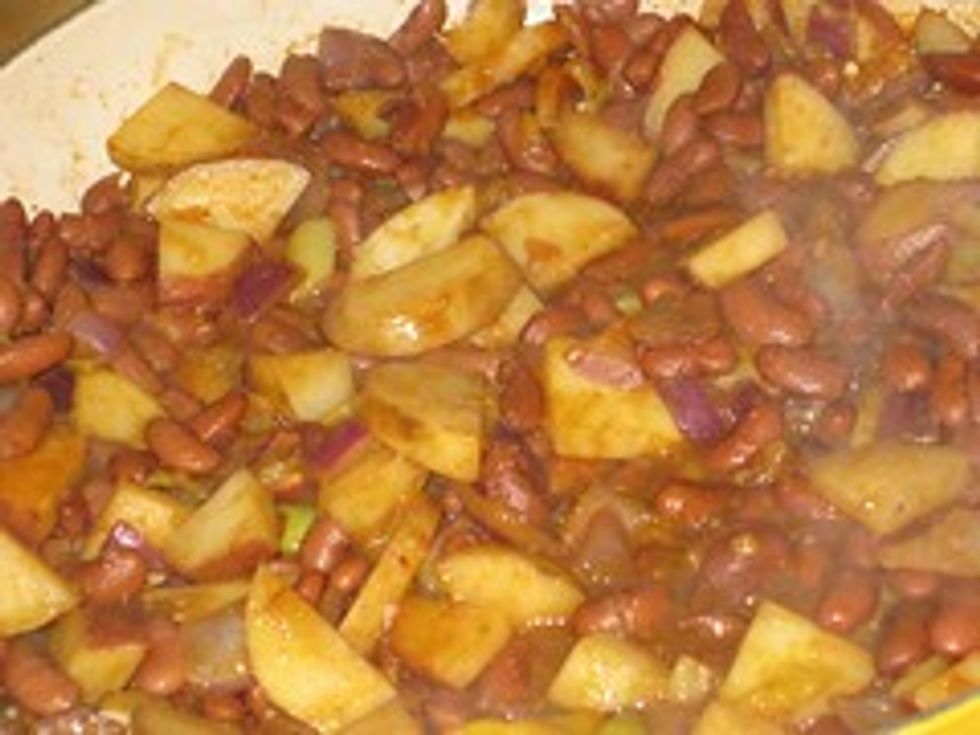 I wanted something quick I could shove in my mouth for lunch when I got back from the gym on Sunday, because I had a record convention to go to. So I took the potatoes, banana peppers, and some onion, and cooked it up with kidney beans with some chili powder and regular infusions of veggie broth. Towards the end, threw in the last of the pumpkin puree to give it a little stickiness.

Roasted beets I got from the farmer’s market. Half are the beets we all know and love, and half were something called “golden beets”. I bought them because they were $1 a pound. Lesson I’ve long learned is that if you’re willing to eat the seasons, you can actually spend less money at the farmer’s market than you would at the grocery store on produce. 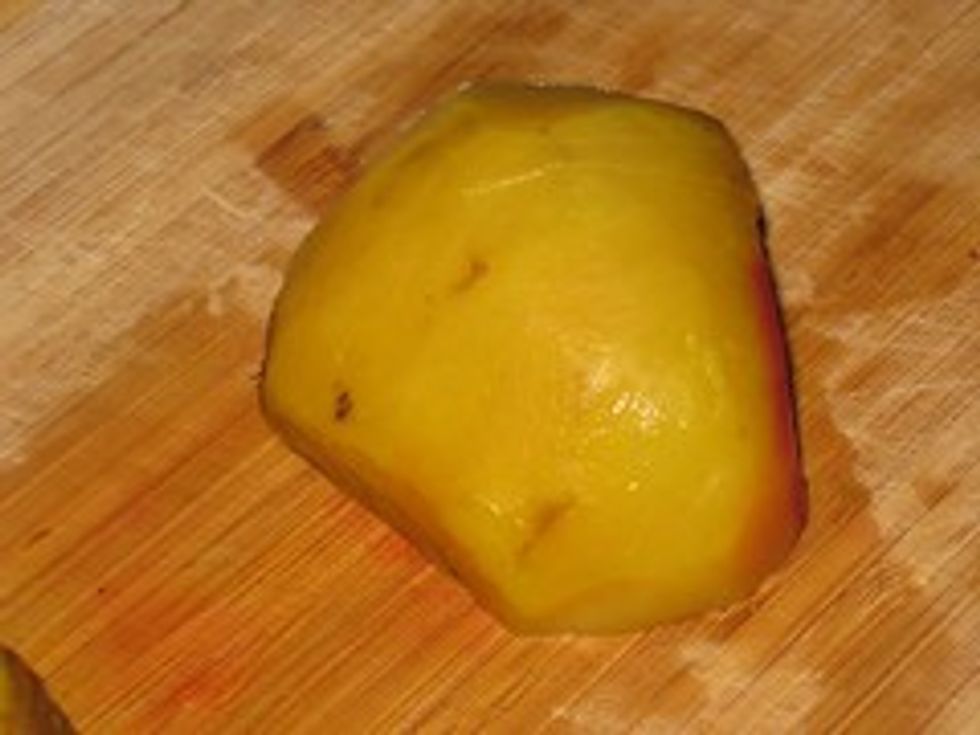 1) Sliced up the roasted beets, cooked them with a little green onion and a cube of pesto (with a dash of veggie broth to aid the melting). Tossed the mix with pasta, a few bread crumbs, a little lemon juice, and goat cheese. 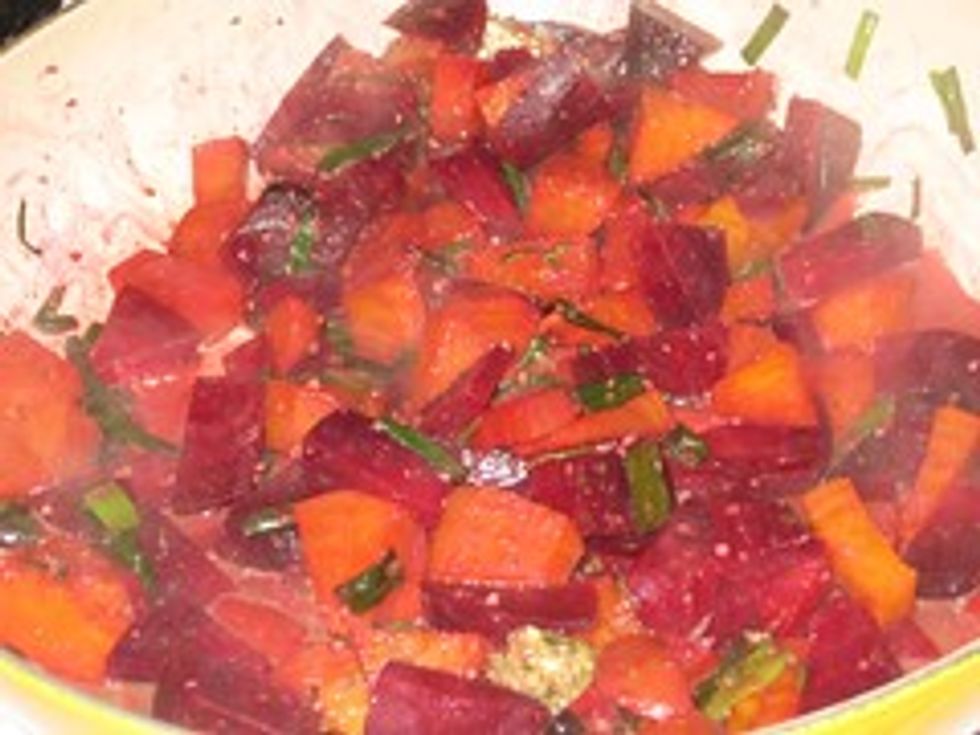 2) Made a salad with some fixings from the farmer’s market. 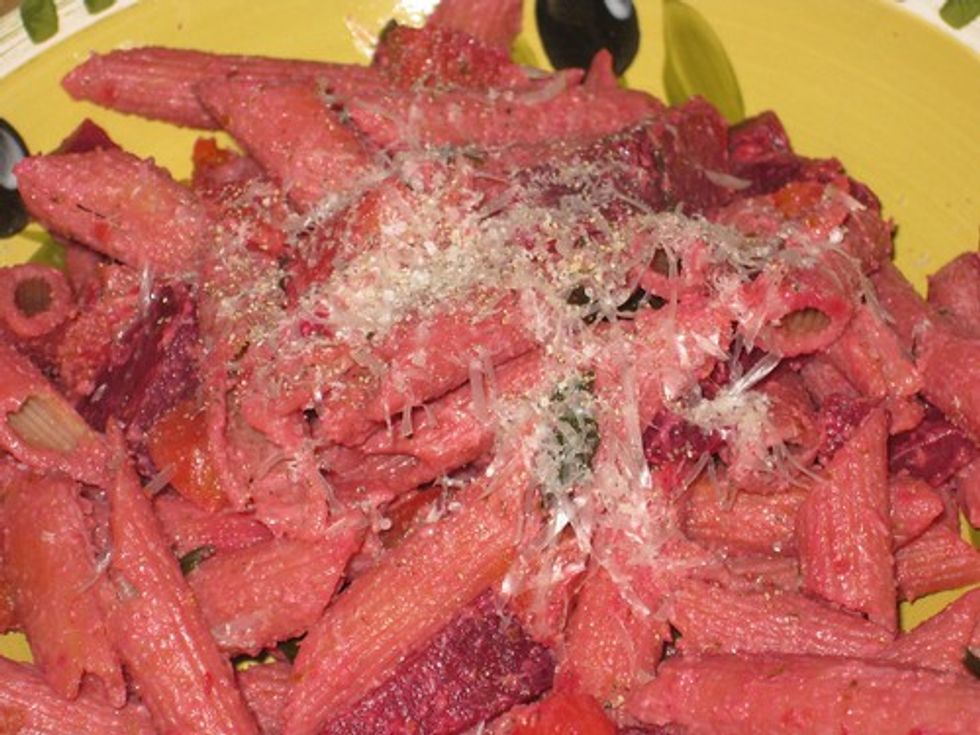 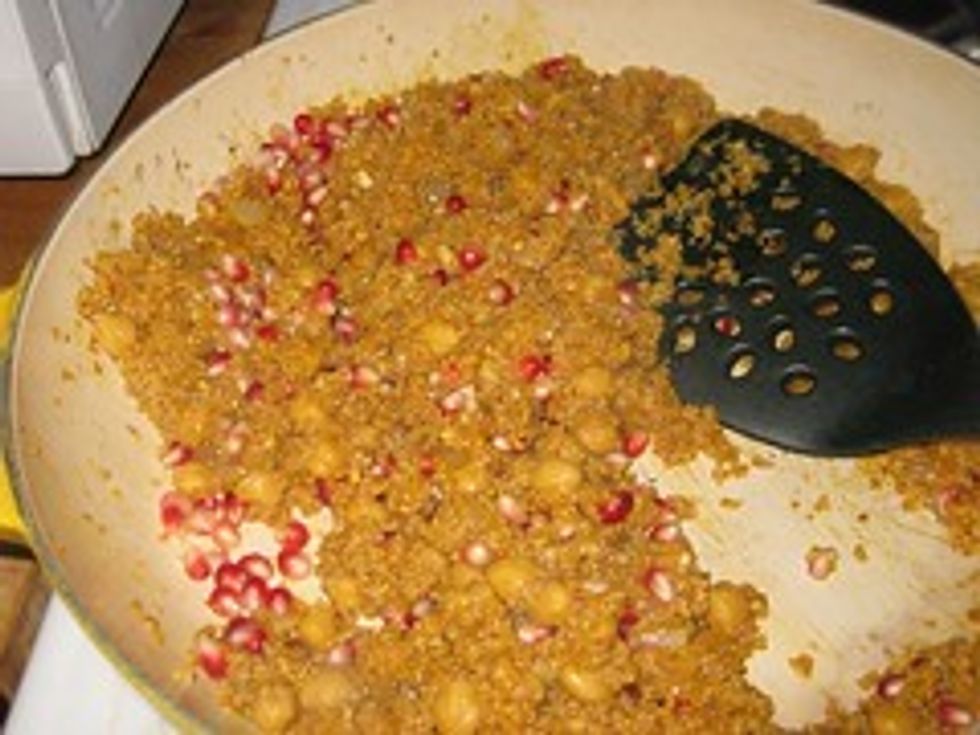 2) Cooked up some chickpeas and quinoa. Using this recipe, I made a quinoa/chickpea pilaf with some cumin, garlic, and a small onion from the CSA. Put pomegranate seeds (pomegranates were on sale at the store) in after turning the heat off. Topped it off with yogurt.

3) Made the last of the asparagus.

Time: An hour and a half, mostly unattended, to cook the chickpeas. With pre-cooked chickpeas, 45 minutes.

Leftovers: Plenty of the chickpea mix, lots of apple muffins. 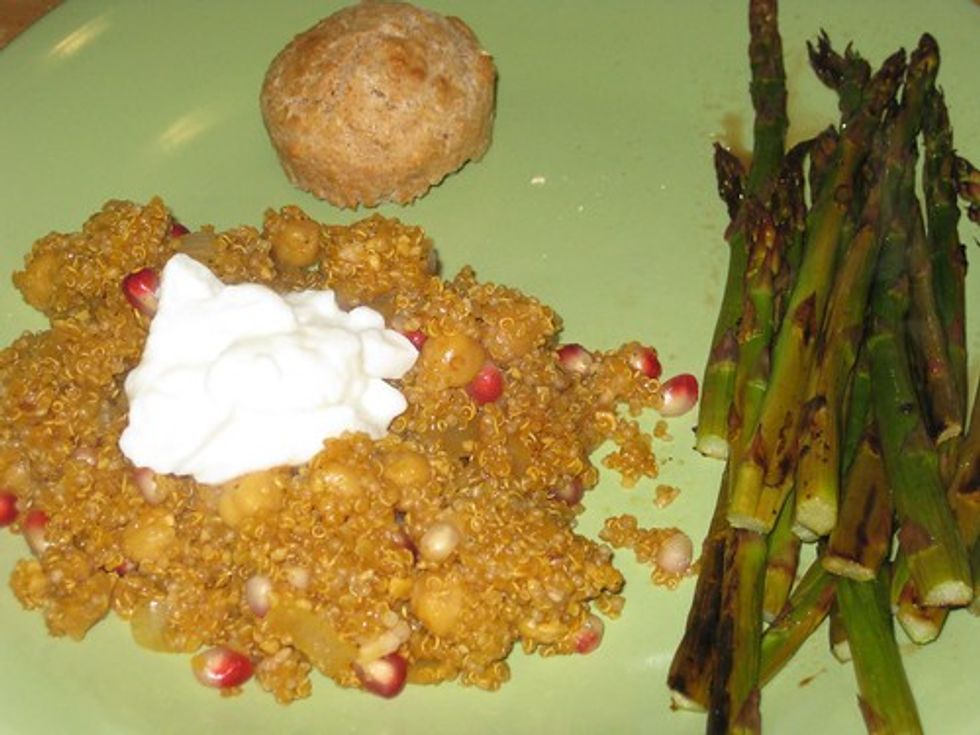 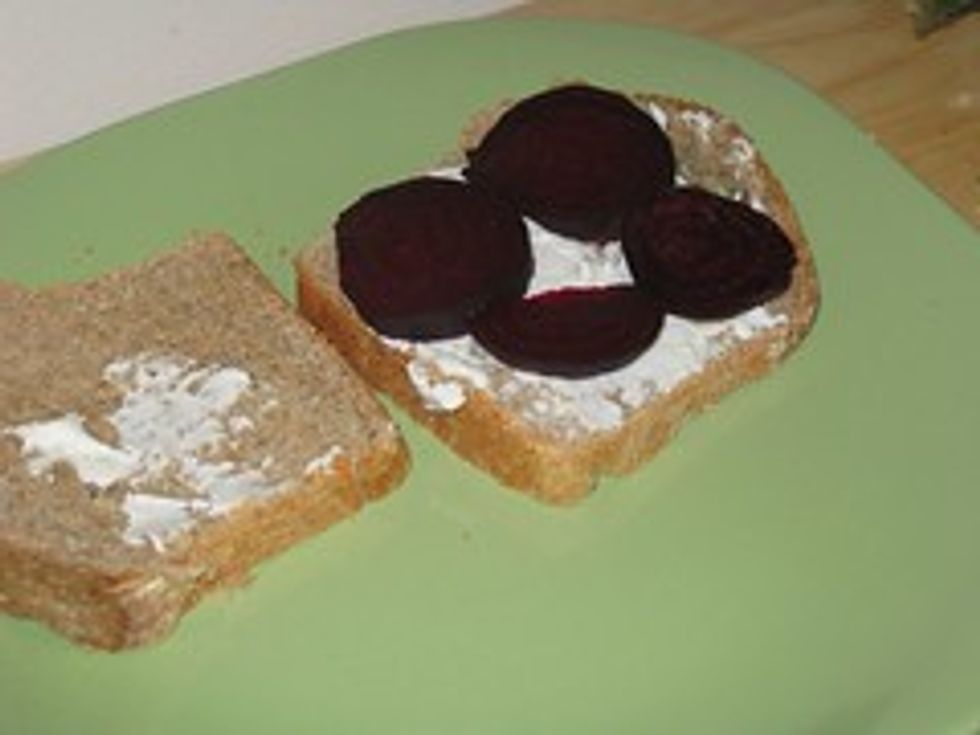 2) Earlier in the day, I threw together some bread mixings from a Bittman recipe in a food processor. Rolled it up in a ball, and let it sit out and rise for a few hours. Reshaped it and kneaded it. Put it in a pan and let it rise for a couple more while I ran errands. Campe home and baked it.

3) Sliced the potatoes, and chopped an onion. Put both in the skillet with some cumin, tumeric, salt, pepper, and chili powder. Cooked them with occasional infusions of veggie broth. Added some cooked chickpeas towards the end. 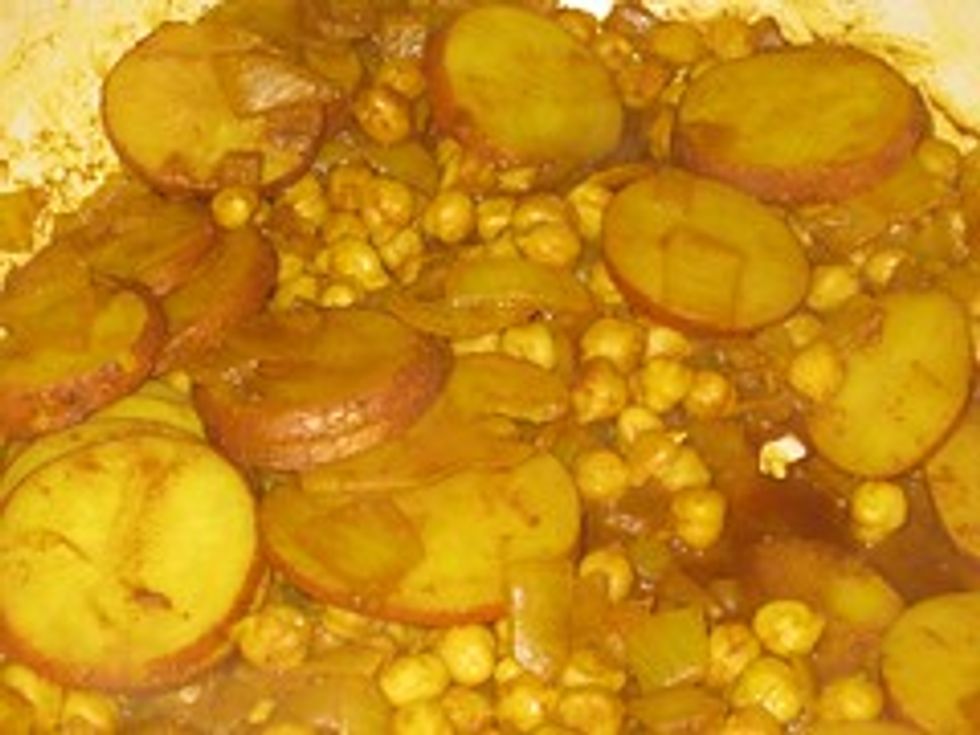 4) Warmed up one of the beets (stored the rest), sliced it up and made sandwiches with it, goat cheese, the bread I baked, and some lettuce.

5) Took what was left of the lettuce, and made small salads.

Time: A few hours, because of the bread. With pre-made bread, about an hour.

Soundtrack: The other side of the Dead Boys, the Cramps. 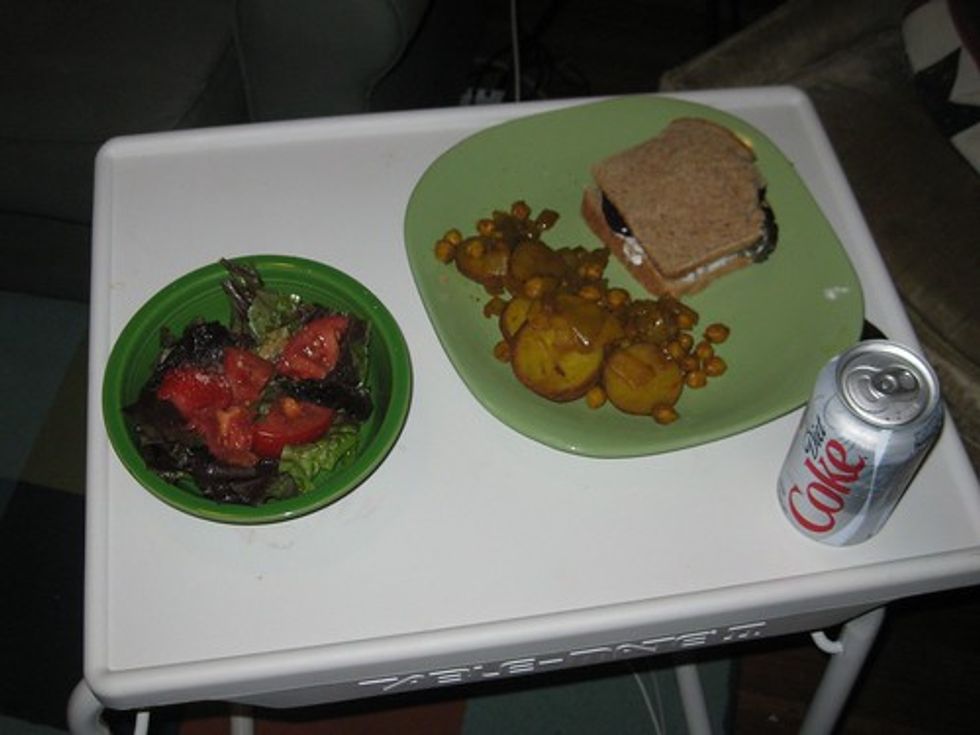 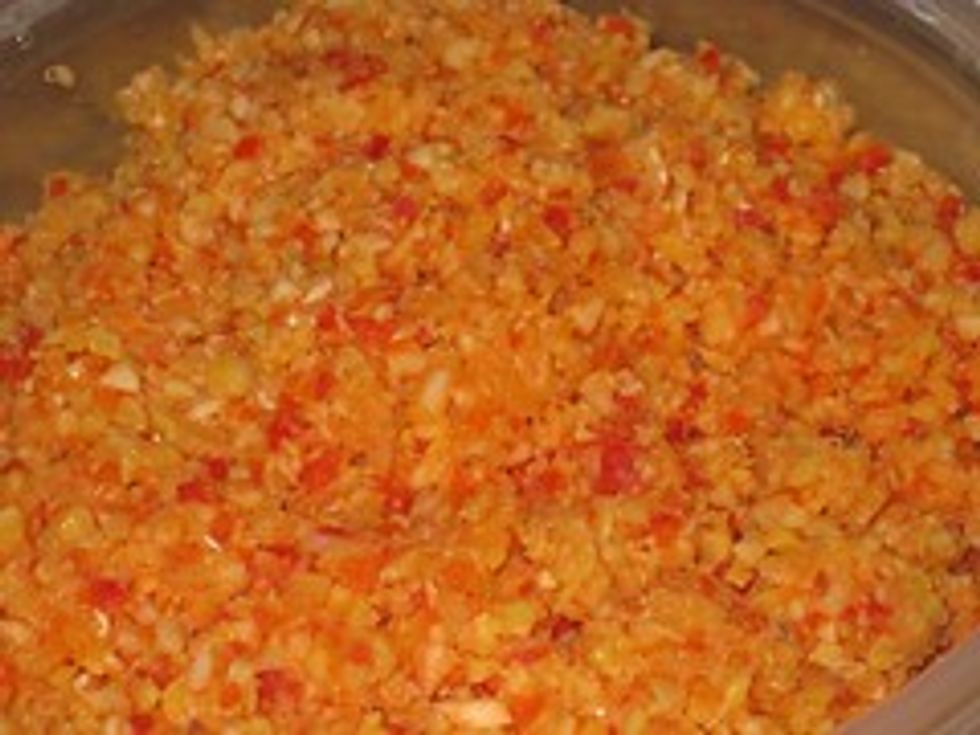 Since using root vegetables to make veggie burgers worked out so well last time, I thought it would be nice to make a sort of substitute for ground beef featuring turnips. So I took the turnip, the rest of the chickpeas, and a red bell pepper and buzzed it in the food processor, before storing it in the fridge.

1) Cut up a couple of apples from the farmer’s market, cooked them in a skillet with some butter and cinammon. 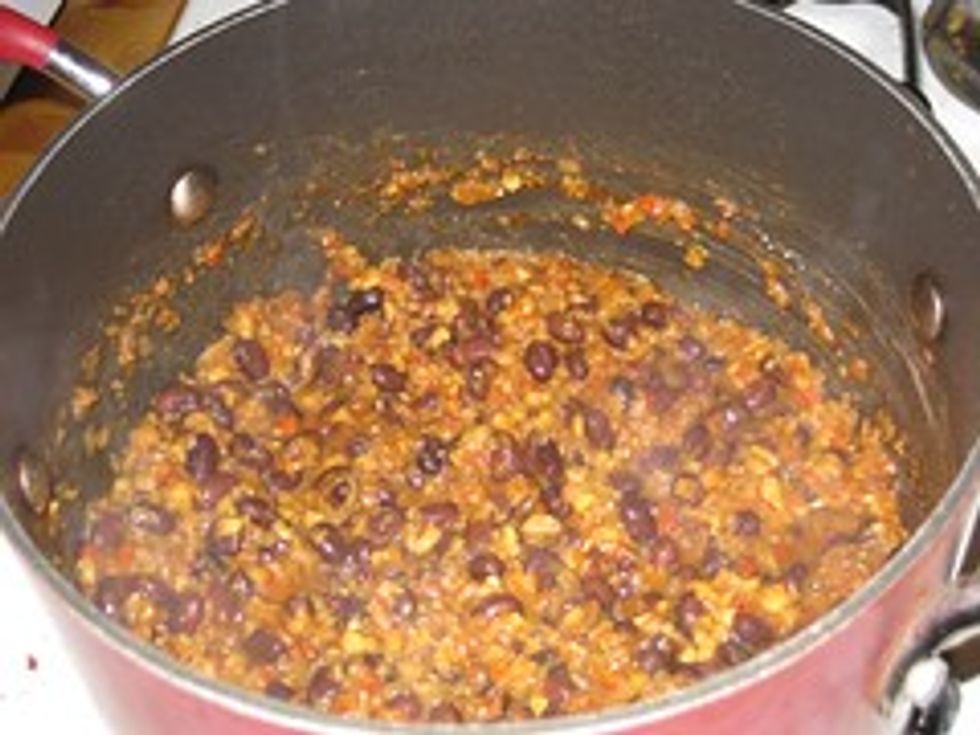 2) Took a couple cups of the turnip/chickpea mix and browned it in a pot with salt, pepper, and chili powder. Once it was browned, I threw in a packet of Goya seasoning, and some water. Let most of the water cook off, added a can of drained black beans, cooked for a couple more minutes, and it was done. Served it with tortillas, a little yogurt, salsa, and tomatoes.

Leftovers: Lot of the turnip mix is left over, for future food. 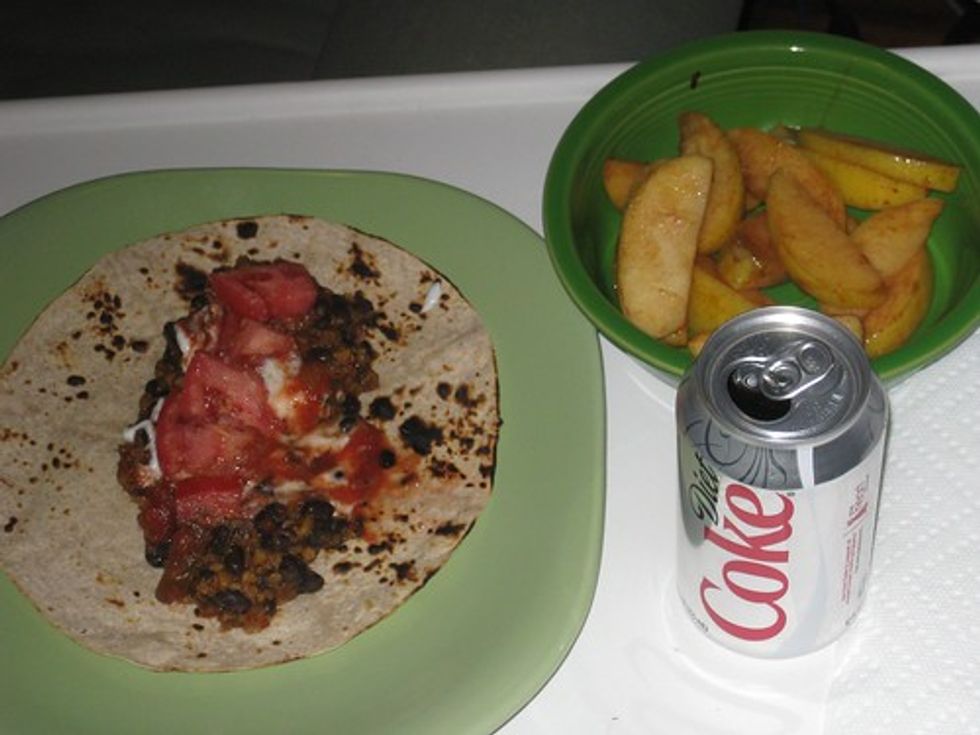