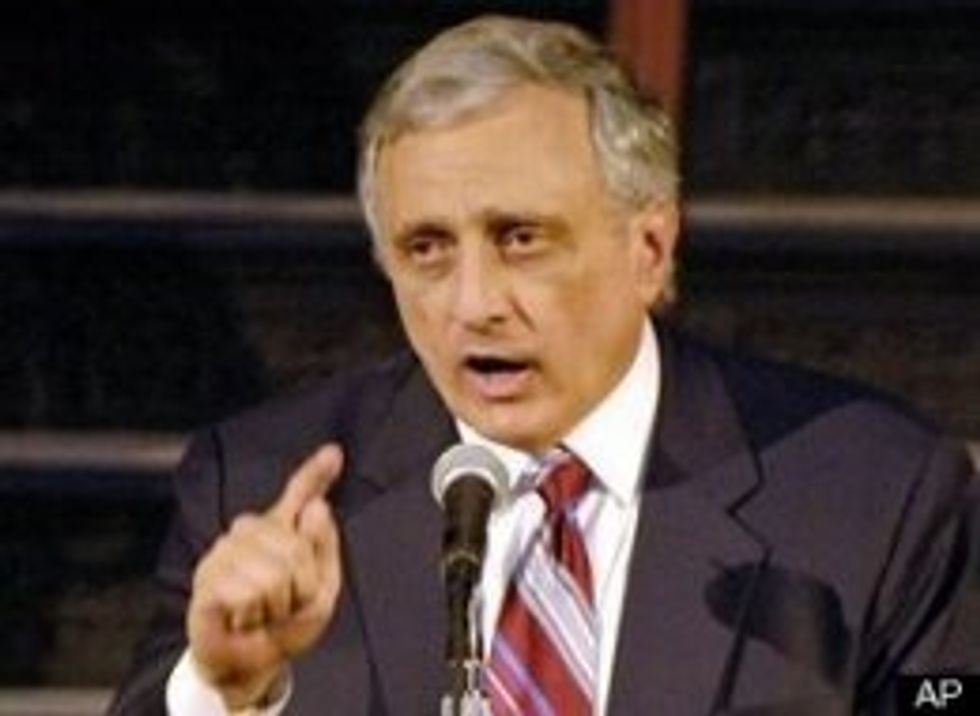 In the emails, published by Gawker, 22-year-old Atlanta native Zach  accuses Paladino of being a "bigoted, homophobic asshole of the first order." (Zach previously interned for Rep. John Lewis and then-Sen. Hillary Clinton, the site says).

And Paladino apparently wrote him back.

And told him to "learn how to read."

You are a bigoted, homophobic asshole of the first order.

You owe the people of New York - and the American people - a sincere, honest apology for your discriminatory remarks against homosexuality.

It is because of people like you that so many gay teenagers in America kill themselves.

"Learn how to read and don't believe what you read," Paladino replied, according to the exchange.

Please rest assured that, being a college graduate, I know how to read. Being literate is something I sometimes regret, especially when I read such ridiculous and bigoted things that spew from your discriminatory mouth. I have read carefully your statements made to the other day and they are unequivocally homophobic.

You are a slimeball who doesn't deserve the honor of being New York's governor. Not to mentin [sic] a hypocrite - I saw the email of the image depicting same-sex intercourse which you forwarded, labeling "awesome."

Paladino then reportedly retorted, "You seem to enjoy reading crap."

Zach responded: "Your homophobic remarks were covered extensively by some of the finest publications in the country, including the New York Times. The Times is one of the most credible and venerable sources of information in our nation. But I can see how you would consider that crap, considering you spend your time looking at raunchy pornography and bestiality images."

"Did u take your meeds [sic] today Zachary?" Paladino then is said to have replied.

"And by meds, do you mean my medication to help me become straight and eradicate this homosexual sickness from my body?" he added.

More on the emails, and on Zach, can be read here.