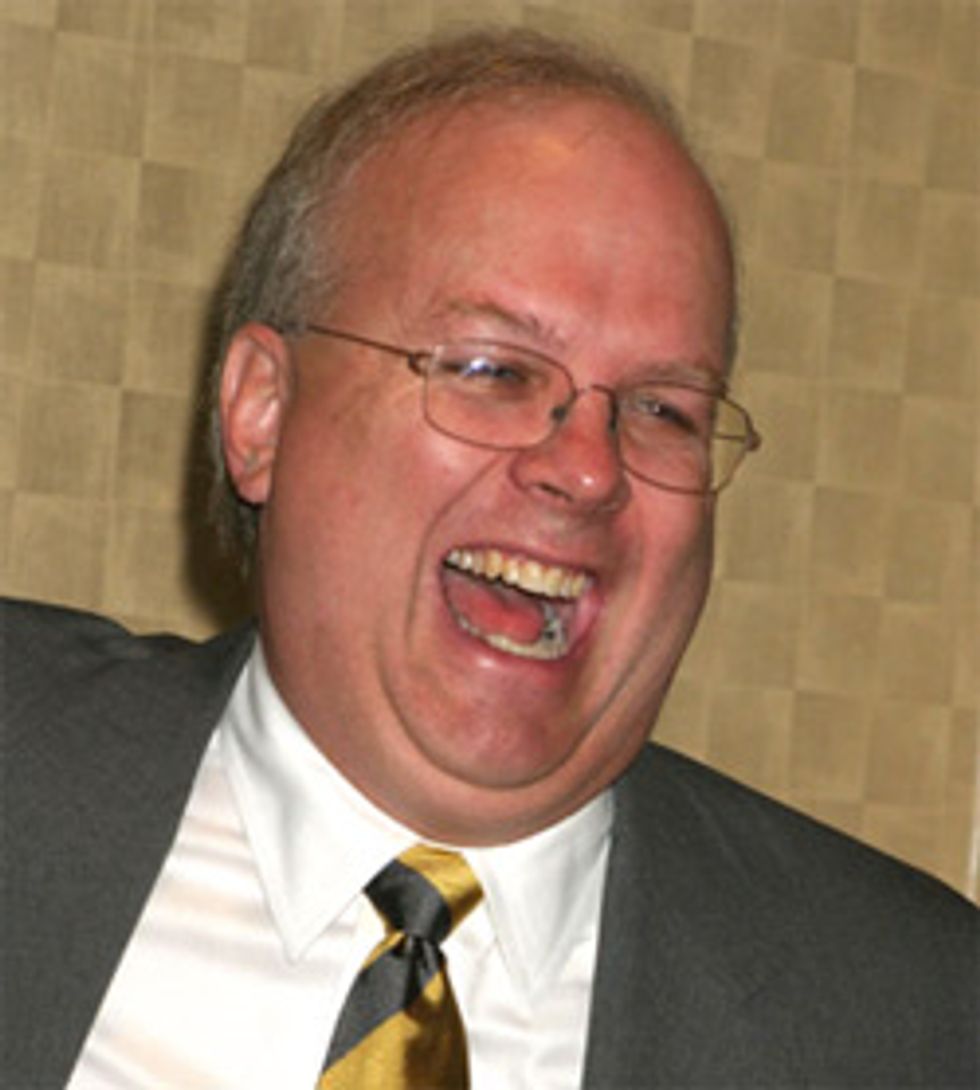 As the US pundit community engages in a back and forth argument over the relative merits of Fox News and National Public Radio (NPR), former Bush adviser Karl Rove and ex-DNC chairman Howard Dean sat down for a spirited debate.

Rove, a paid political analyst for Fox, praised the network as objective, saying he sees “a greater diversity there than I see in other networks.”

Dean pointed to a "2003 University of Maryland poll showing that 45 percent of Fox News viewers harbored misconceptions about the Iraq war including believing there was a proven link between Iraq and the Sept. 11, 2001, terrorist attacks, compared with only 11 percent of public radio or television viewers."

That made Rove a bit unhinged.

“45 percent of NPR listeners were Saddam Hussein," he interrupted.

Rove, then a senior adviser to President George W. Bush, was a prime architect of the Iraq war, which is now widely viewed by the public as a mistake. The administration's claims that Saddam had weapons of mass destruction or ties to Al-Qaeda have been established as false.

“I would never put ‘Fox’ and ‘news’ in the same sentence,” Dean said, as the audience burst into applause, according to Politico's Ken Vogel.

NPR “tell[s] it as they see it, and they usually get it right," Dean told the audience. "And Fox doesn’t get it right because Fox is a particular offender at making news instead of reporting it.”

Rove rebutted “NPR won’t tolerate Juan Williams, but Fox will,” he said, averring that there was diversity at the network, “where I occasionally get to listen to these robust debates among the news people about how to cover something.”

Rove praised the [Wall Street] Journal, [also owned by News Corporation, the parent company of Fox News], for which he writes a column, as “well-edited,” and said “I can get a lot of noneconomic news — nonbusiness news out of reading it. It’s better than reading The New York Times.”

He blasted the Times — along with most other “major print outlets,” as well as news services and television networks — as run by “graduates of the eastern elite universities — a handful of them: Harvard, Yale, Columbia, Princeton” who are “overwhelmingly liberal. They are systematically liberal, either politically or culturally, and they are unaware of it.”