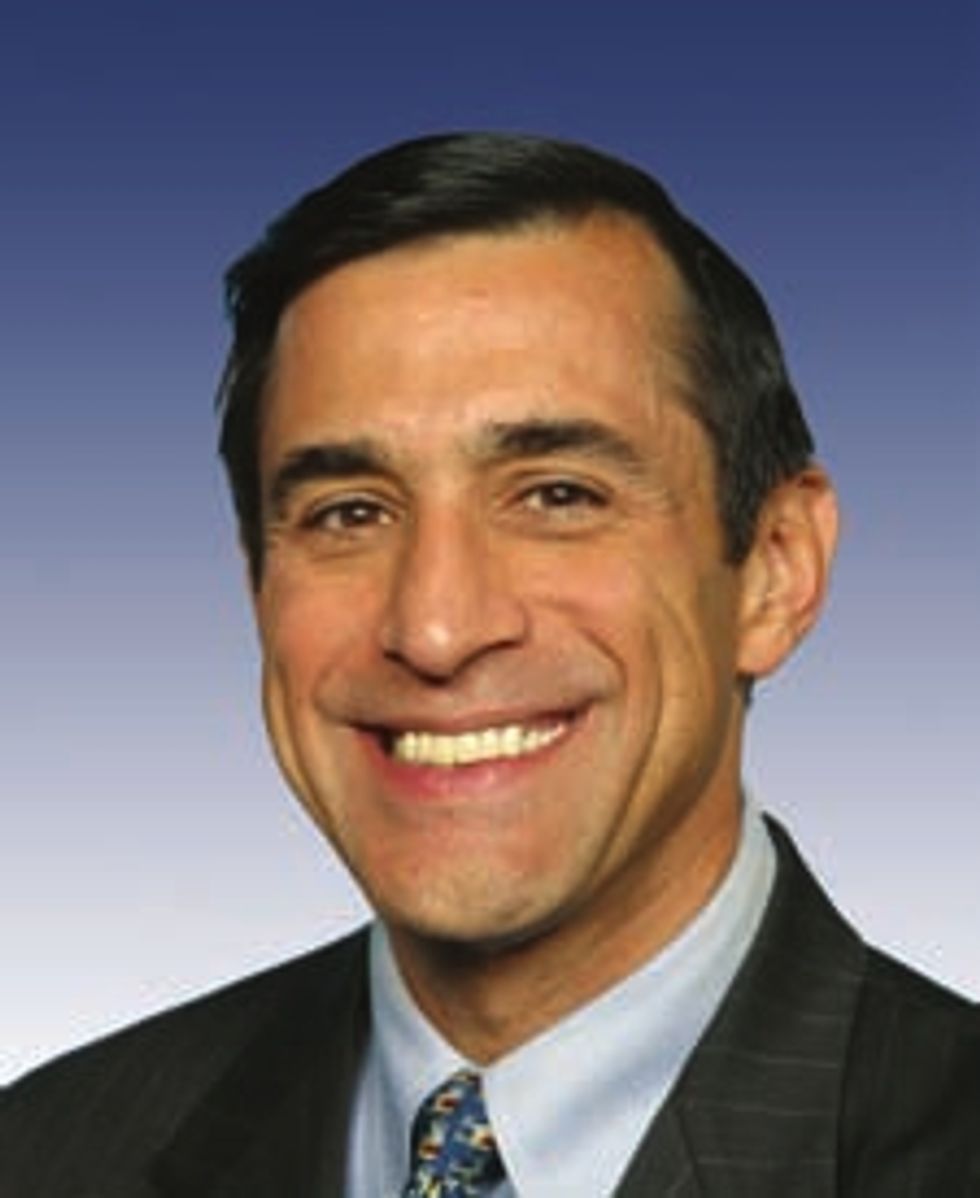 The House Republican set to lead an important committee that will have jurisdiction over many government operations said Wednesday that he expects the White House to respond to "several hundred" letters.

As chairman of the House Oversight and Government Reform Committee, Darrell Issa (R-CA) will wield subpoena power, but in an interview with MSNBC, he wouldn't say exactly how he would use it.

"I don't have any subpoenas to the White House," Issa said. "I have several hundred letters, most of which have not been responded to that I'll ask the White House to dust off and answer our questions. Some of them are obsolete but most of them are still important."

"Undoubtedly, there will be mistakes made by the president. I have been a critic of how they score jobs created or saved under the stimulus but at the same time I want to start working with this administration to make things work better," Issa continued.

"I will be asking the president to give subpoena authority to all 74 inspector generals. I'll offer a bill this coming or two weeks from now to do just that because I think it's the government employees, the I.G.s that are so important that they do their job so this administration can be better and I look forward to strengthening those internal controls," he said.

But it's not just Obama that will be under the microscope. Issa expects his investigations to go back to the Bush administration.

"A lot of chairmen in your position of the other party have used the position to annoy and harass and, frankly, score political points on the president," noted MSNBC's Savannah Guthrie. "Will you resolve not to do that and what's your internal gut check? Will you ask yourself before you conduct an investigation, 'Would I be doing this if this were a president of my own party?'" she asked.

"I'm going to be investigating a president of my own party because many of the issues we're working on began on President Bush or even before and haven't been solved," replied Issa.

"Certainly, when we look at the failures of Freddie and Fannie, the Countrywide scandal, those all began during President Bush's time. When we look at the ultimate failure in the Gulf, that began years before," he said.

In a Wednesday morning conference call, Issa said that his main goal was not to destroy the Obama administration.

Rep. Lamar Smith (R-TX) is set to be Chairman of the Judiciary Committee and he has been more specific about where he will begin investigating the Obama administration.

Talking Points Memo's Ryan J. Reilly and Johanna Barr made predictions Wednesday about where Issa and Smith will begin their investigations.

In a column for Fox News, Smith hinted that he may investigate the Justice Department because they dropped a voter intimidation case against the New Black Panther Party.

Smith and Issa have called for an investigation to an alleged job offer made by the White House to Rep. Joe Sestak in exchange for his dropping out of the Senate race in Pennsylvania.

Issa's spokesman has also indicated that he may be looking into the organization that was once known as ACORN.

As Issa told MSNBC Wednesday, the BP oil spill is another investigation that will be on his plate.

"And it's been suggested that Issa has a leg to stand on when it comes to this issue," noted Talking Points Memo. "He has blown the whistle on the Interior Department's Minerals Management Service in recent years, an agency whose lax regulation may have helped contribute to the spill."

Watch this video on iPhone/iPad