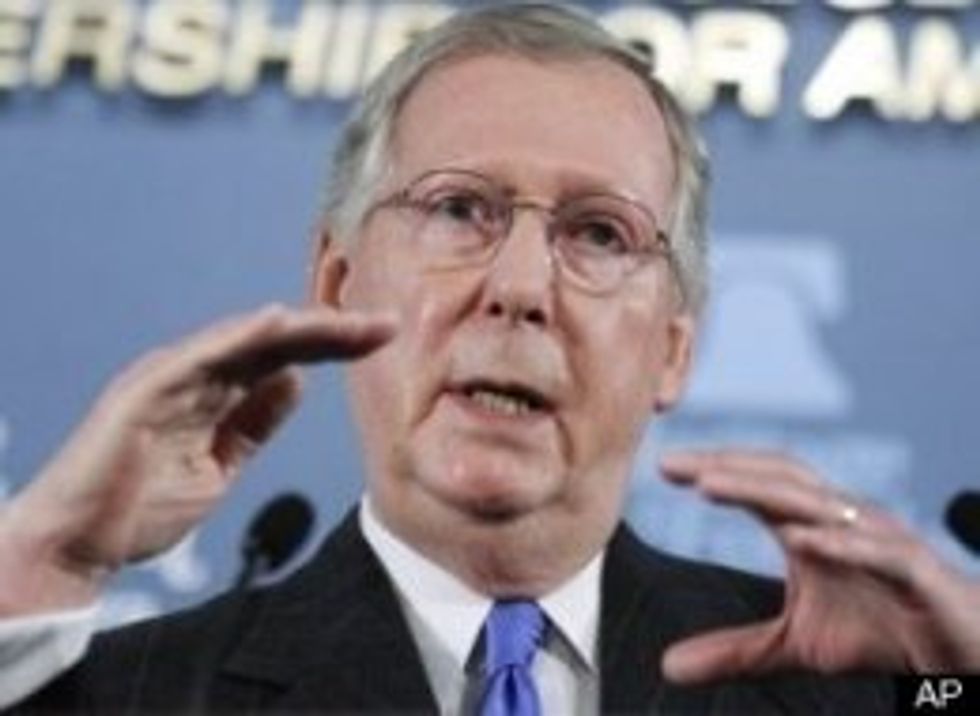 A lot of Republicans ran on the promise of repealing health care reform, which only worked, of course, after telling their base that "health care reform" is basically code for "giving people you moved out of the city to get away from money so they can sit in the doctor's waiting room right next to you like it was some subway or something". Of course, repealing the law was a farcically empty promise, though I suppose the hope is they could beat Obama down enough he'd actually sign that bill. He did hang his head and claim that the public somehow rejected him, even though what actually happened is most of the public rejected going out in the cold to walk down to the polls for a midterm they were barely paying attention to, if at all. They didn't reject access to health care, which the Republicans already know, which is why they're pretending that they're going to rewrite the law to make it better. What they don't tell the public is "better" means "whatever it takes to keep you the undesirables from walking into a doctor's office and getting a check-up like you're one of the privileged like me".

Well, even I'm not cynical enough to think that Obama could be bipartisan shamed enough into repealing health care reform, and neither are the Republicans, since their plan is to harass it to death.

Republicans can call hearings and compel testimony, and Obama has no veto power to stop them. In the House, they'll control three major committees with a mandate to poke around on health care, subpoenas available if needed. In the Senate, they'll have added leverage on two key panels, so their demands can't be easily ignored.

Republicans say they'll focus on what the new health care law will mean for Medicare and employer health plans, mainstays of the middle class.

"Oversight will play a crucial role in Republican efforts," Senate Republican Leader Mitch McConnell of Kentucky said. "We may not be able to bring about straight repeal in the next two years ... but we can compel administration officials to attempt to defend this indefensible health spending bill."

This is, of course, making a mockery of the powers that have been given to Congress. They're basically admitting up front they don't actually care about truth or good government, but are willing to use the powers given to them to get at these things in order to stop good government and to hopefully distract from the truth. Clearly, their biggest concern is once the public starts actually experiencing the effects of health care reform, the enthusiasm for repeal will evaporate.

What's so hilarious about this is Republicans are always playing like they're just sticklers for process. They're not bigots! They just argue that the Supreme Court has no jurisdiction over state governments.....and now apparently they have no jurisdiction over federal law, either. But let's be clear---just because they don't actually understand the law doesn't mean they aren't sticklers for it, in ways that precisely mirror their prejudices. This has nothing to do with anything but their thorough enthusiasm for sticking to the process.

Oh wait, that argument only matters if they're on the losing side of it. When they're on the winning side, then actually it's opposite day, and they object strongly to the childish notion that the powers given should only be used in the spirit they were given in. There's no hiding from the fact that you're a grade A hypocrite if you complain out one side of your mouth about "judicial activism" and then applaud Congress for calling hearings where they have no intention of gathering information to govern better, but in fact every intention of just confusing and stalling the issue. Wearing the mantle of original intent and process-orientation---but only when things are going your way---is basically wearing a "I'm a big fat lying liar piece of shit" sign.