You can curb stomp us, but we will be out of the hospital and on Olbermann before you know it 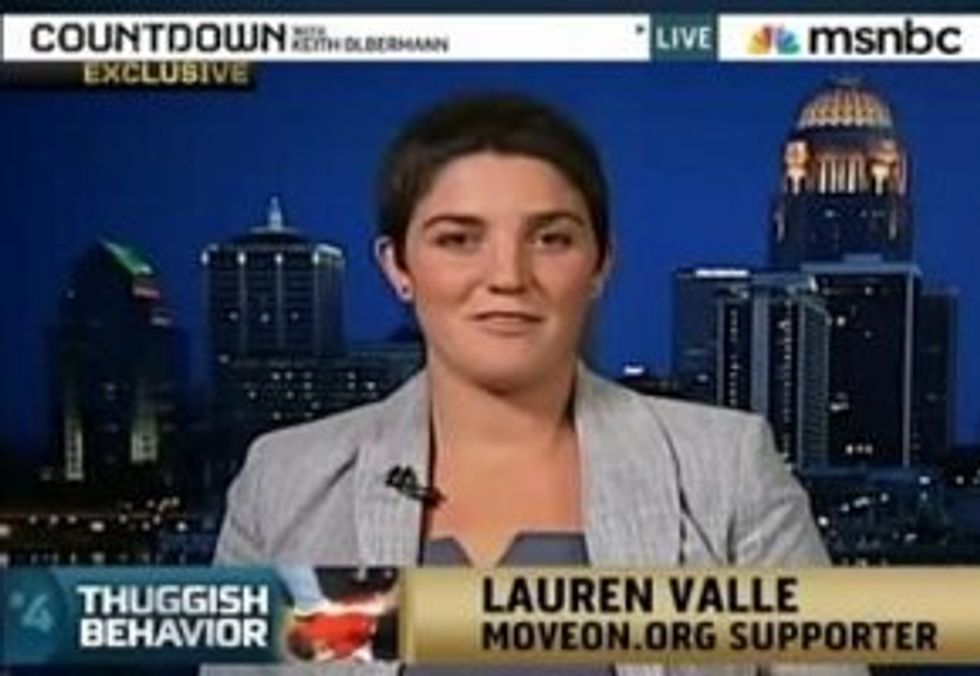 Tim Wise's angry, hopeful, realistic retort to what he calls the "white right" throwing a temper tantrum is something everyone who is despondent should read. In it, he discusses the fear that is driving so much of the angry white freakout that resulted in the Tea Party---what they like to call a "demographic winter", but I like to call "the changing face of America". It's the fact that white people are losing their majority, and white conservatives losing it even faster, baby by baby, death by death, liberal conversion by liberal conversion. It's a quiet, slow revolution, but it is real. It is why Harris County became a battleground for voter suppression, because it was a formerly white majority area that his now what they call minority-majority, i.e. there is not dominant group. But the changing face of America is also why the districts that intersect that area went blue, despite the widespread attempts to stop minority voters from voting.

But the changing face of America is more than about racial diversity, though that is part of it. Wise also touches, in a particularly inspiring passage, on another aspect:

In forty years or so, maybe fewer, there won’t be any more white people around who actually remember that Leave it to Beaver, Father Knows Best, Opie-Taylor-Down-at-the-Fishing Hole cornpone bullshit that you hold so near and dear to your heart.

I will say that "Leave It To Beaver" never really existed. Insofar as the Fox News crowd "remembers" it, they remember it mostly as a fantasy they bought in to, a fantasy they reinforce to each other as their excuse for their stupid electoral choices. And he's right that this is just as much what is slipping away as the generation that dominated that world ages and dies off. The children of those who believe this fantasy couldn't inherit it in the same way that the older generations did. Oh sure, some do. I know many people my age who retreat into the nuclear family rural American white bread mentality. But we are the generation who grew up eating the shit that this fantasy created. We were the ones whose families were torn up by divorce. We were the ones who discovered sexual liberation and aren't really ever going back. We grew up after abortion and the pill were legal. Our reference point for the TV show that spooned out a ridiculous fantasy of idealistic white bread family life was "The Brady Bunch", a show about a blended family. And even then, most of us are way more ironic about it than previous generations were on average about their strange familial fantasies. Even the white people of my generation are a harder sell than the ones of earlier generations. We grew up in the age of irony. We were taught in school that racism is bad. Rock and roll has always been a part of our lives, even when we were babies. We don't have a memory of time when segregation was considered acceptable public policy. We're the ones moving out of suburbs and back into the cities. And subsequently, we vote for the Democrats in much larger numbers. And then the generation of white people behind mine is even more unmoored from this reactionary fantasy. They grew up with communal values being emphasized over nuclear family individualism. They grew up in a time when there were always gay characters on TV. They grew up with a different cultural context.

Younger Americans are more diverse and more open-minded. Americans are less religious than they used to be. The majority of troops---a group that tends to be more conservative on average than their peer group outside of the military---say they have no problem working with gay soldiers. Americans marry later, have fewer children, and go to college more than they did in the past. These realities show up in the numbers. Exit polls from last night's election show that only the over-40 set voted majority Republican. The millenials overwhelmingly voted Democratic, even in an election when the more liberal ones were depressed and far more likely to stay home. People's political affiliations don't tend to change with age.

With that in mind, I'll leave you with Tim Wise's angry but hopeful words:

You thought you had secured your position permanently after the overthrow of reconstruction in the wake of the civil war, after the elimination of the New Deal, after the Reagan revolution, after the Republican electoral victory of 1994. And yet, they who refuse to die are still here......

You, who could not survive the thought of minimal health care reform, or financial regulation, or a marginal tax rate equal to that which you paid just 10 years earlier, perhaps are under the illusion that everyone is as weak as you, as soft as you, as akin to petulant children as you are, as unable to cope with the smallest setback, the slightest challenge to the way you think your country should look and feel, and operate.

And they know how to regroup, and plot, and plan, and they are planning even now – we are – your destruction.

And I do not mean by that your physical destruction. We don’t play those games. We’re not into the whole “Second Amendment remedies, militia, armed resistance” bullshit that your side fetishizes, cuz, see, we don’t have to be.

We just have to be patient.