Woman gets death threats after being targeted by Glenn Beck 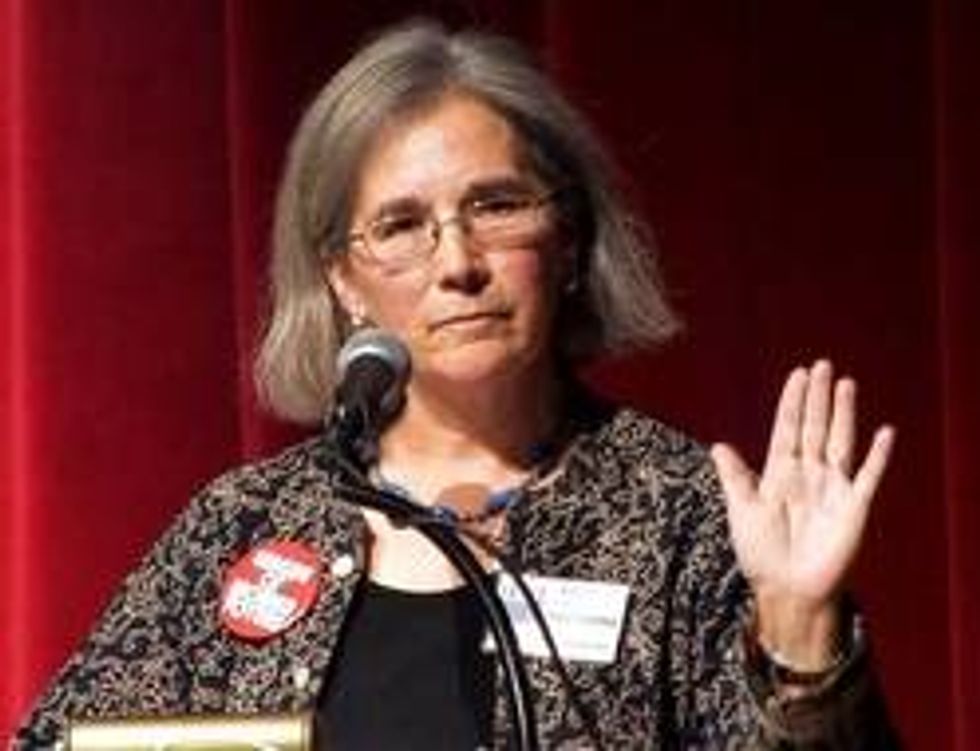 An Illinois woman who volunteered to moderate a congressional debate received numerous threats of violence and death threats after being targeted personally by Fox News personality Glenn Beck, according to a report a colleague filed last week with the FBI.

League of Women Voters Illinois Executive Director Jan Czarnik filed a report saying she and Kathy Tate-Bradish, who moderated the debate, had been the target of Internet death threats after being singled out by name on Beck's Oct. 25 program. The League of Women voters moderated a debate between candidates in Illinois' 8th district.

Beck had singled out Tate-Bradish because she declined a request from a veteran -- who was supporter of the Republican candidate -- to begin with the Pledge of Allegiance.

“I have to say that being forced by having audience members stand up in presumably a planned way to have something like that happen seems a bit disrespectful,” Tate-Bradish told the crowd during the debate.

Subsequently, Beck devoted a portion of his Oct. 25 show to attacking Tate-Bradish personally.

"I hope this video goes viral," Beck began. "I love this."

"We wanted to look at the moderator, Kathy Tate-Bradish, from the League of Women Voters," Beck quipped. "Oh, she sounds so neutral and everything. I mean, she’s even neutral on the Pledge, apparently — just a typical woman voter trying to get the truth out. No, not so much — not so much.

Within the next two days, Tate-Bradish received death threats, according to the FBI.

Since then, death threats have appeared on “right-wing websites,” said Czarnik, who provided printouts to the FBI. She also reported menacing posts on Fox News Channel's Facebook page and Beck's website, The Blaze.

“We don't say the Pledge of Allegiance at our events and we should be shot or hanged?” said Czarnik, who went to the FBI on Wednesday. “Who are these people?”

“We're not going to comment on something that's hypothetical as we have not heard about this complaint,” Cheatwood said.

The debate, held at Grayslake Central High School, hosted Rep. Melissa Bean (D-IL), Republican Joe Walsh and the Green Party candidate Bill Scheurer, according to the paper. Czarnik also filed a report with the local police; police said a detective will look into the complaint.

The liberal blog ThinkProgress caught the video of Beck's segment: