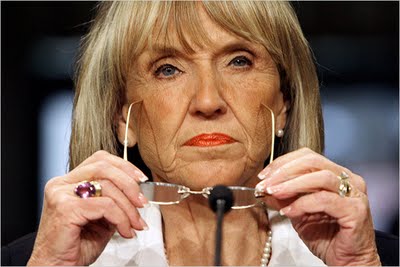 A law in Arizona that cuts Medicaid funding for certain transplant operations is likely to bring about the deaths of poor residents in need of such procedures.

Starting in October, a measure passed by the Republican-led state legislature began denying Medicaid funds for organ transplants such as bone-marrow, lung, heart and liver transplants, which can be very expensive and are often performed in life-threatening cases.

The New York Times reports that Arizona doctors deem it a “a death sentence for some low-income patients, who have little chance of survival without transplants and lack the hundreds of thousands of dollars needed to pay for them.”

Procuring Medicaid funds for such procedures can require poor patients to sit on a waiting list for lengthy periods of time, and the law is denying funding to those who have waited for years before its enactment.

“I appreciate the need for budget restraints,” Dr. Andrew Yeager, director of the Blood and Marrow Transplantation Program at the Arizona Cancer Center, told the Times. “But when one looks at a potentially lifesaving treatment, admittedly expensive, and we have data to support efficacy, cuts like this are shortsighted and sad.”

The law has brought about a wrenching twist of fate for Arizona patients who need a transplant but lack the money, especially those at the front of the waiting list and denied the option at the last minute.

Arizona physicians and transplant centers have unsuccessfully lobbied for temporary funding. Republican Gov. Jan Brewer’s office described it as a “literally as a last resort” option to bridge the state’s budget shortfall.

But Democrats, such as State Sen. Leah Landrum Taylor, weren’t having any of it. “We made it very clear at the time of the vote that this was a death sentence,” she said. “This is not a luxury item. We’re not talking about cosmetic surgery.”

The law has been dubbed across the country by opponents as Arizona’s “Death Panel” — a reference to Sarah Palin’s false yet influential claim last year that the Affordable Care Act permitted government officials to deny care to patients at their discretion.

The Associated Press chronicled the plight of Arizona patients on Medicaid who need organ transplants and must produce the money or face death.

“Something needs to be done,” said Dr. Emmanuel Katsanis, a bone marrow transplant expert at the University of Arizona, according to the Times. “There’s no doubt that people aren’t going to make it because of this decision. What do you tell someone? You need a transplant but you have to raise the money?”

During a hearing this Thursday, Senator Amy Klobuchar (D-MN) took her GOP colleagues to task over their efforts to push through a new Supreme Court nominee in the wake Ruth Bader Ginsburg's death on the eve of the 2020 election.

Klobuchar pointed out that the last time a Supreme Court justice died so close to an election was during Abraham Lincoln's presidency, adding that he "waited until the results were in" before moving forward on a replacement.

"My colleagues on the other side know that this is their last chance to allow this president to jam through another judicial appointment to the nation's highest court," she said, pointing out that their focus should be on the ongoing pandemic.

Although the U.S. Department of Justice under Attorney General William Barr publicly released the Mueller report on April 18, 2019, it has only been available to the public in redacted form. But on Wednesday, Judge Reggie Walton ruled that parts of the Mueller report were improperly redacted by Barr — and Walton has ordered the DOJ to release those parts of the report before Election Day.

As Democrats gain ground in Texas, Gov. Greg Abbott dramatically cuts drop off boxes to one per county

Texas is in play and Governor Greg Abbott is doing everything he can to make sure Republicans stay in power.

At least four congressional seats could flip to Democrats, and Joe Biden is tightening Donald Trump's lead. Today Trump is ahead of Biden by just 3.2 percentage points in the Real Clear Politics polling average.

Governor Abbott is taking action – to  make it harder for Texans to vote.

He's just issued a proclamation cutting ballot drop off boxes to just one per county "to maintain the integrity of our elections," Abbott says, calling it his duty.

Here’s why Chris Wallace blew it

‘Classic projection’: Mary Trump says the president was triggered when Biden called a policy ‘not smart’

Trump family terrified Brad Parscale will flip on them and expose their racket to save himself: report

As Democrats gain ground in Texas, Gov. Greg Abbott dramatically cuts drop off boxes to one per county

NBC News correspondent: We’ve seen Trump when he wants to denounce something — this isn’t it

‘I’m tired of it’: Furious Fox News’ John Roberts blows up on the White House after contentious press briefing