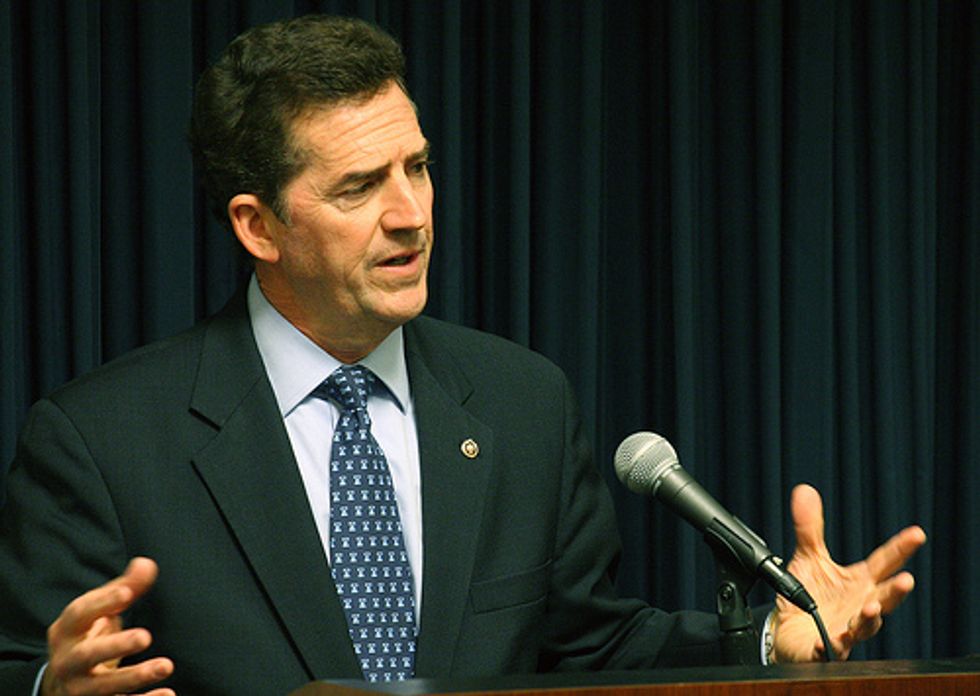 UPDATE: Jim DeMint will no longer demand a reading of the START Treaty, but Democratic leader Harry Reid has agreed to postpone the debate until Thursday, for which DeMint spokesman Wesley Denton claimed victory.

"Senator DeMint opposes ramming the controversial START Treaty in the lame duck session. After Senator DeMint asked for the entire treaty to be read aloud to slow down the process, Senator Reid relented and agreed to delay the debate until tomorrow," Denton told the Washington Post's Greg Sargent.

Democrats have pointed out that the treaty language has been available for months. Reid's spokesman Jim Manley noted that DeMint has missed 7 of 12 foreign relations committee hearings on the topic.

Arch-conservative Sen. Jim DeMint (R-SC) is apparently seeking to squander away critical time in the lame-duck Congress by forcing full readings of the New START Treaty and the 2011 Omnibus Appropriations Act.

DeMint, a fierce rival of the Obama administration who plans to block both measures, says he will utilize a senatorial privilege to have them read in full on the Senate floor before the chamber proceeds to vote on them.

The South Carolina Republican's office told The Hill that reading the START Treaty aloud could take up to 12 hours, and reciting each word of the omnibus spending bill could eat up 40 to 60 hours -- vital time for Democrats as the clock ticks away on their last few weeks in control of both chambers of Congress.

Republicans will take control of the House of Representatives on Jan. 3, putting both bills in jeopardy and severely diminishing the prospects for Democratic-led initiatives.

The maneuver, a rarely used one, appears designed to run out the clock, and could endanger major initiatives Democrats are eager to pass in the remainder of the lame-duck session, including the extension of tax cuts and unemployment benefits, repeal of "don't ask, don't tell," and the DREAM Act.

"Republicans, as usual, are talking out both sides of their mouths," the aide told Raw Story. "Months ago Senator Cornyn requested 16 million dollars in earmarks for his state, then suddenly woke up this morning and decided he was against the very thing he fought for. So which one is it?"

The omnibus contains provisions to fund a plethora of spending projects, and START is an arms treaty between the United States and Russia that enhances cooperation on nuclear proliferation and counter-terrorism.

DeMint was caught on tape last year urging his colleagues during a private meeting to block health care reform, predicting that doing so would be President Barack Obama's "Waterloo" and would "break him." He has since been derided by critics as a disingenuous partisan, and hailed as a hero by the tea party movement.