Even though I haven't commented much on the Wikileaks stuff, rest assured I'm following the story closely. One reason I haven't said much is that my main position has been amusement that a handful of people are making the most powerful government in the world run around with its ass in its hands, and my amusement seems a tad unsavory at this point in time. That said, this Wikileaks release is the most disturbing thing I've seen in a long time.

I'm dedicating this Friday Genius Ten to the whole Wikileaks phenomenon, by making this the song I generated my list off of. Leave yours in comments, or comment on whatever you like. Open thread.

Original song: "I Spy" by Pulp

1) "Don't Let Him Waste Your Time" by Jarvis Cocker

4) "Made of Stone" by The Stone Roses

5) "America Is Not The World" by Morrissey (who is going next on Interpol's list for suggesting such a thing!)

8) "I Started Something I Couldn't Finish" by The Smiths

9) "Road To Ruin" by The Libertines

10) "Caroline, Yes" by The Kaiser Chiefs

Videos and a sick and disgusting cat pic below the fold.

I walked in on the cats doing this: 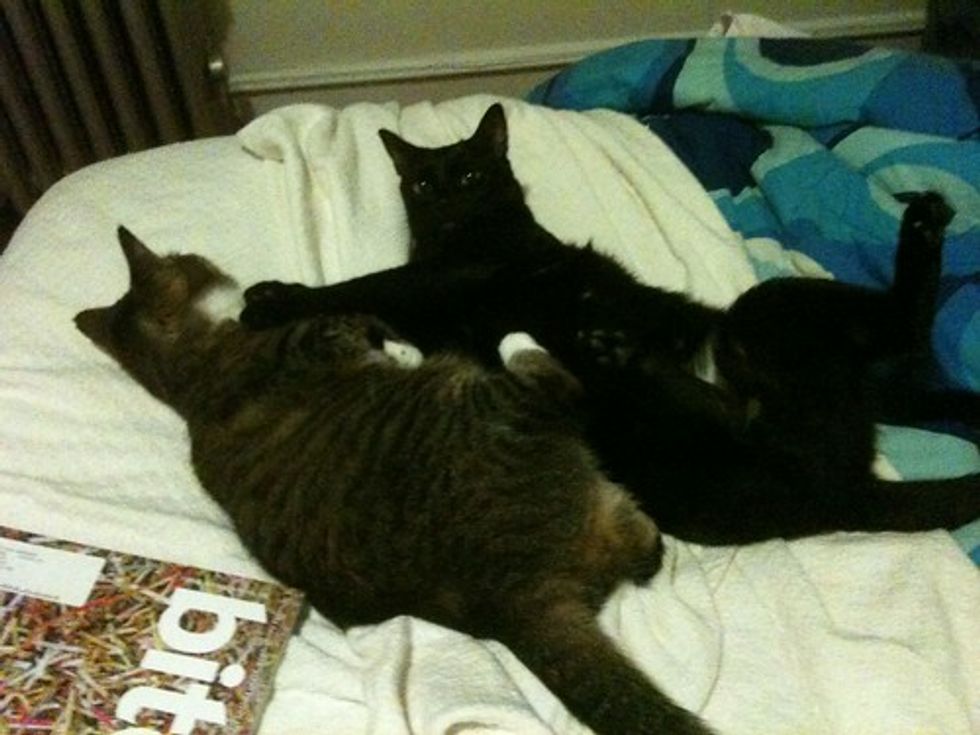 And even though I was snapping pictures, they wouldn't stop, and kept at it: 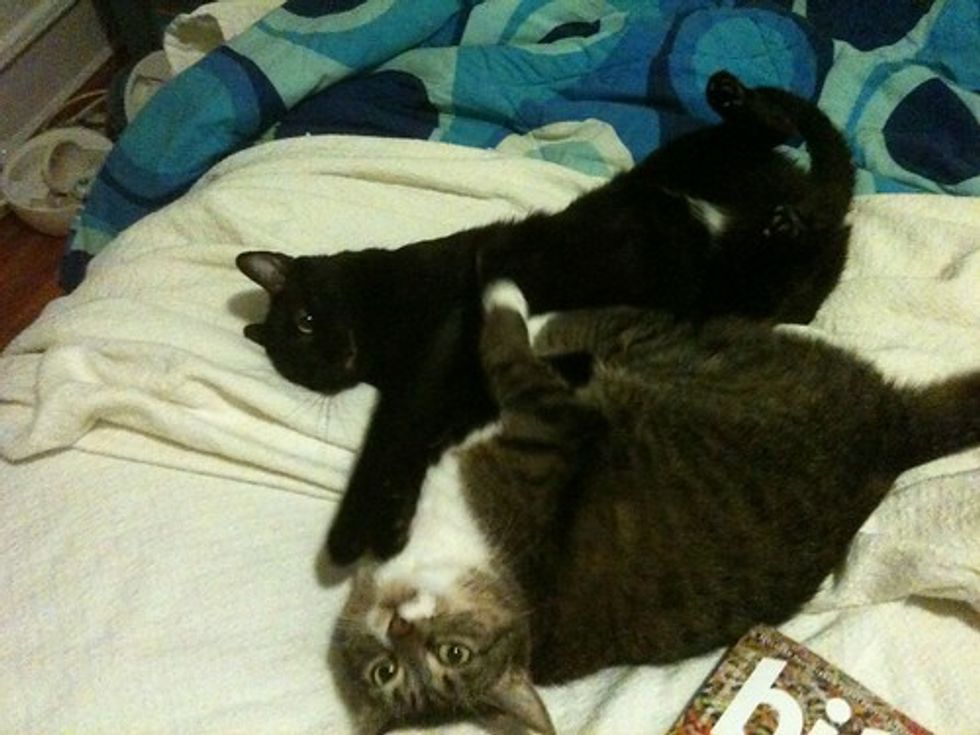 Thanks to Congress punting on a repeal of DADT, my cats will never be able to serve their country.