A blow for consumers, an argument against libertarian wankery 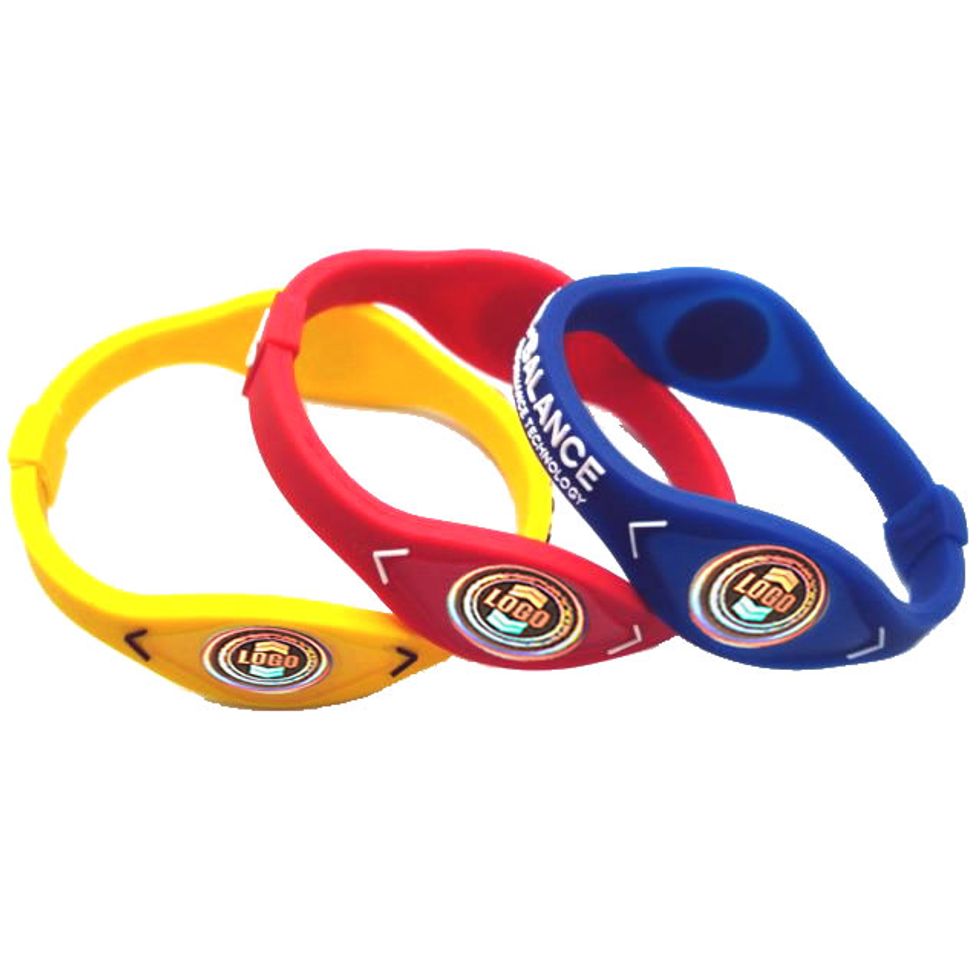 Once in a blue moon, you get some genuinely good news in the world of cranks and scam artists pushing "alternative" medicine. This story is a little old, but it came to my attention this morning because of Gizmodo. The manufacturers of the obviously farcical Power Balance wristbands were forced in Australia to admit their products are crap, refund customers' money, and publicly apologize for trying to deceive the public.

I would also like to take this time to point out that the libertarian argument that markets correct themselves without interference from the government is neatly disproved by the very existence of Power Balance bands, and alternative medicine in general. The notion that consumers are generally rational and that bad products will be shoved off the market without assistance from regulation is farcical to begin with, but these wristbands were selling like hotcakes. I watched, as much as I could, a video advertising them, and the "explanation" for how they worked was basically magic. They supposedly channeled the force fields in your body that somehow extended 1-3 inches outside of your body. They claim to improve strength and balance by harnessing this magic through methods unknown, though I have to say that if your body has powerful magic fields of strength and balance in it, I'd think that would suffice to make you strong and balanced without a rubber bracelet.

The problem with the notion that all consumers are rational enough to control the markets with regulatory interference is that people don't make choices on strictly rational bases. Or, they're rational in one sense---it's rational to want to be able to spend a little money and get a lot stronger without working out extensively to get there. Also, it's not irrational to listen to people who should be experts endorsing a product. For instance, Shaq has endorsed the wristbands. If you asked a random person on the street, "Do you think Shaquille O'Neill knows a little something about working out and getting strong?", the only rational answer is, "Yes." Thus, it's not really that stupid to think that if Shaq thinks something works, then it has a good chance of working, especially if you're not really familiar with the arguments against magic.

By the way, libertarians themselves exploit people's irrationality, in aligning themselves with social conservatives who believe in magical deities that justify their misogyny and homophobia, and often libertarian beliefs. Also, even secular libertarians are living proof against their assertion that average people can be expected to shape the markets with rational choices. Libertarians believe all sorts of lies and bullshit, particularly with regards to the scientific proof for global warming, and of course their crackpot economic theories.

Of course, the next gambit in the argument is that people who make stupid choices Have It Coming. Of course, this presumes---irrationally---that there's an objective standard of justice in the universe and that bad things only happen to people who are stupid or mean. This doesn't pass the reality-based test. It also presumes---irrationally---that there are people who effectively avoid negative consequences by always being rational. There isn't a person alive who doesn't harbor some irrational beliefs. That doesn't make them stupid or unworthy or deserving of being punished or ripped off. The person who loses money on a Power Balance wristband and maybe injures himself by thinking he suddenly has a lot more strength than he did before might otherwise be an excellent worker, a good father, and a decent citizen.

Plus, the They Have It Coming argument directly contradicts the Markets Can Regulate Themselves argument. A market that's dictated by a bunch of people getting ripped off all the time is, by definition, not self-regulating.

It is, however, a perfect environment for scum-suckers and con artists, who are the only people who really benefit from libertarian arguments. So, instead of pretending this is an airy, intellectual debate, I like to ask, "Who benefits?" If you side consistently with the scumbags and con artists against decent people trying to make good choices within the limited framework of being human, then it's really time to rethink your "philosophy".