Because of the Women in the World Summit, I didn't get to this yesterday. Apologies!

I will say that it's starting to get warm, so I bought four herb plants and am starting to move in that direction. If this was Texas, I could have started a month earlier! But I'm not complaining, since we now have a balcony, so I can actually grow more than three pots worth of stuff. What are you doing this year, garden-wise? 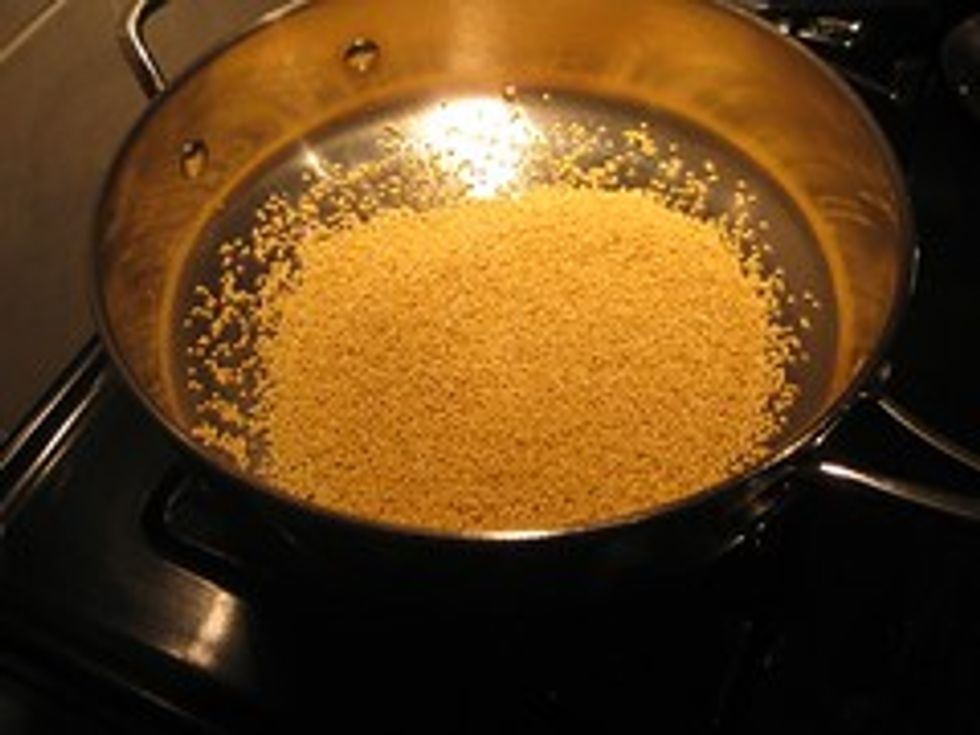 I was really busy, so it was stuff I could shove into the oven and not think about night. So I pan-toasted some millet, and then poured it in a Dutch oven with some turnips, parsnips, carrots, and thyme and then poured some veggie broth over it. Put that in the oven at 375, and some chopped up potatoes in another pan for roasting. Let that go for 45 minutes.

I had also made some squash soup with carnival squash that as $1/piece at the farmer’s market, so I warmed that up and served it. Very autumn-ish meal, though in March. 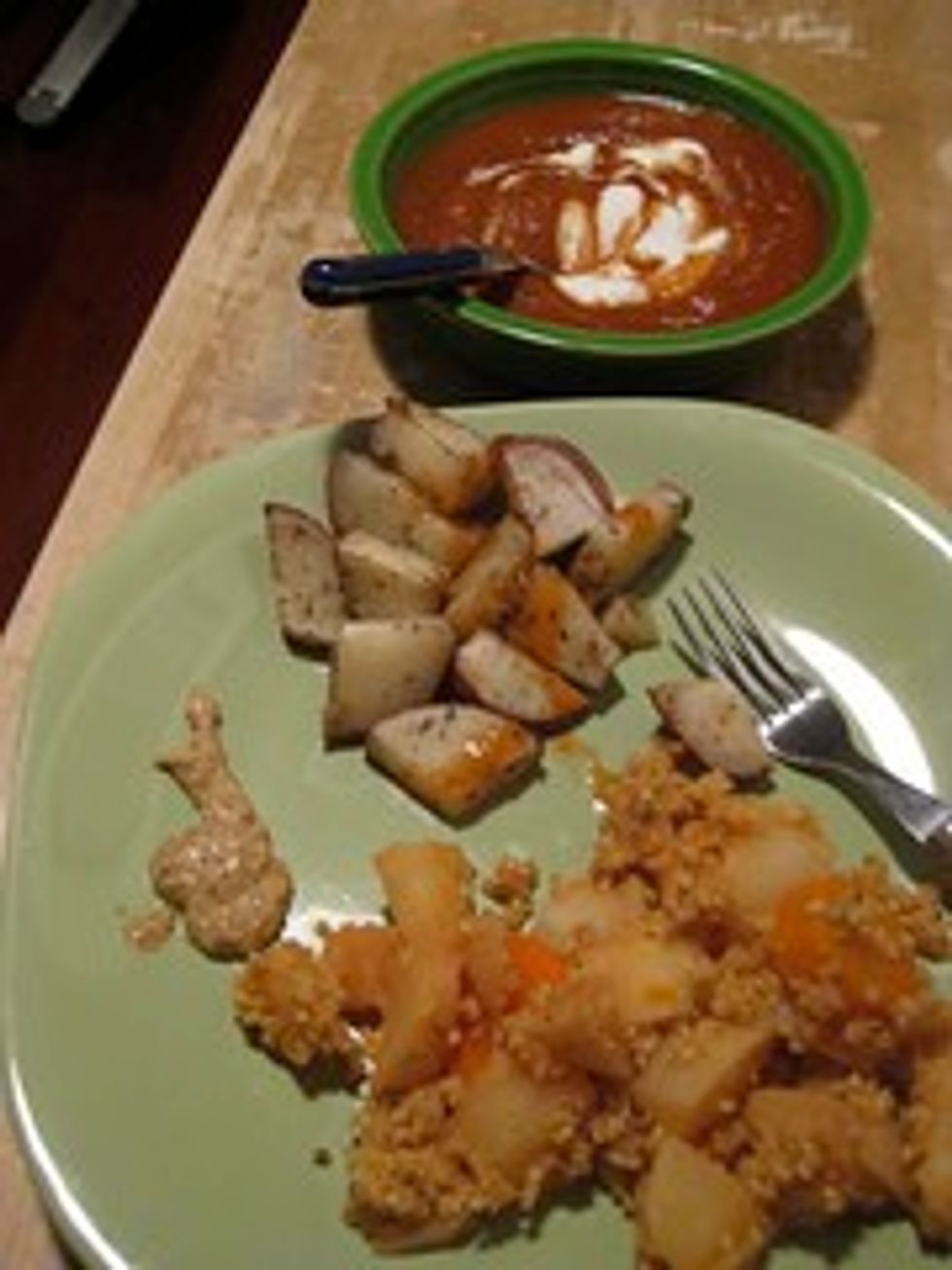 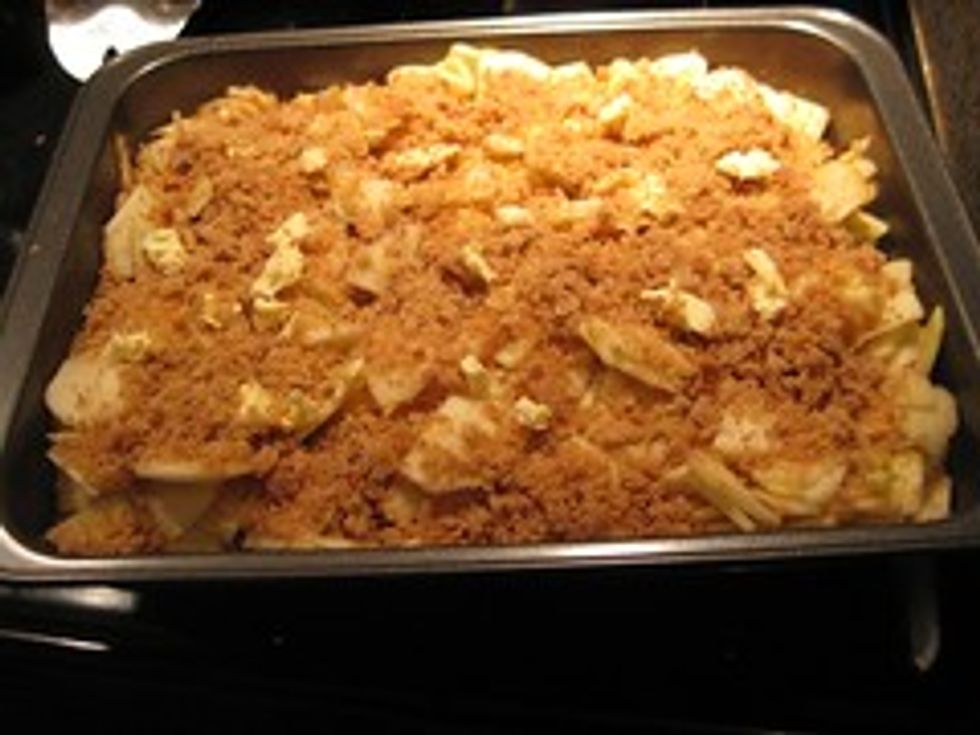 I had another need for a toss-it-in the-oven night, and also a use-what’s-on-hand-so-you-don’t-have-to-go-shopping night. I had some apples, some cooked pinto beans, some BBQ sauce from earlier and the usual baking supplies. So I made cornbread muffins (easier to handle than cornbread). I peeled the apples, used the food processor mandolin to slice them, spread them in a baking dish with breadcrumbs, sprinkled brown sugar, butter and cinnamon on top, and tossed that in the oven with the muffins.

I then took the beans, mixed them with the BBQ sauce, sprinkled bread crumbs over that, and tossed it in as well. Then went back to work while it all baked. 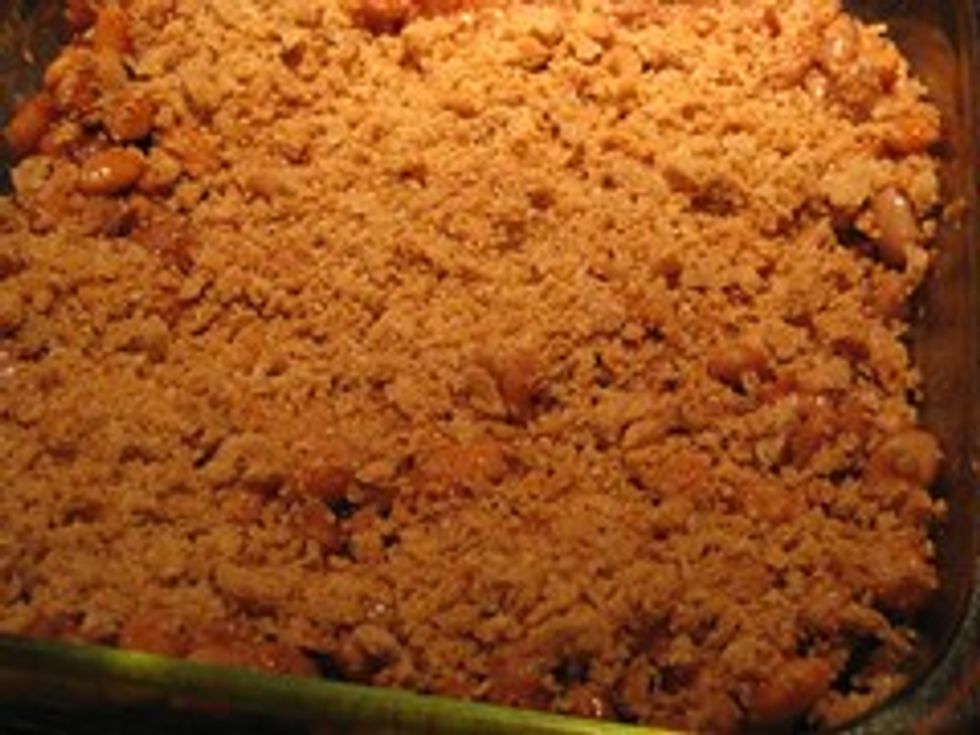 Vegetarian, because the bread isn’t vegan. 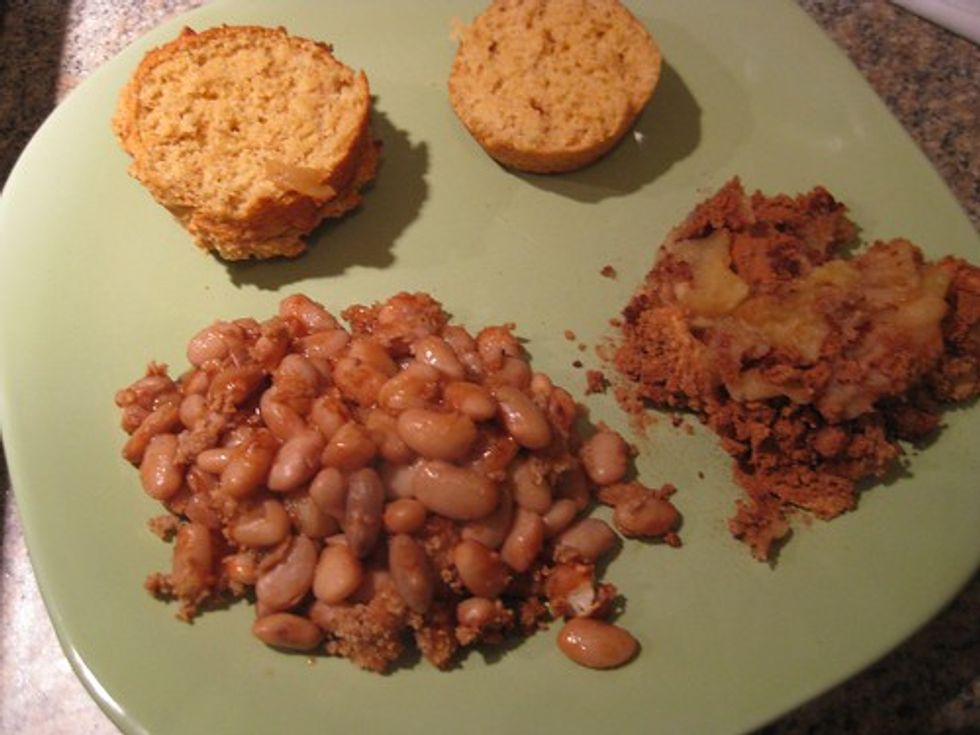 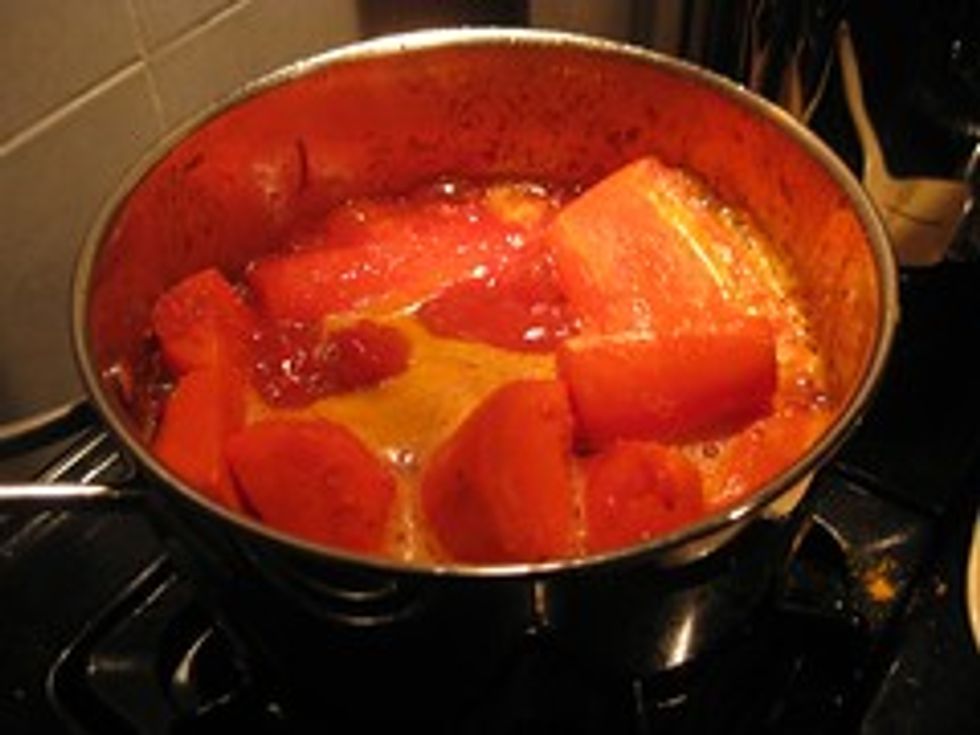 This week is a little unimaginative, because seriously, busy. Plus, since we are about to leave to go to Austin, food is less elaborate-with-leftover innovative required, and more basic use-it-up-before-you go.

I used white beans for this, but you can do any. I just use Bittman’s recipe---two cups cooked beans, ½ cup oatmeal, 1 egg, chili powder, 1 onion, all in the food processor---but instead of frying it, I use a 4-inch cookie cutter to make patties that I then bake for 15 minutes on each side. These were served with sprouts and some not-so-great but easy to use up tomatoes. 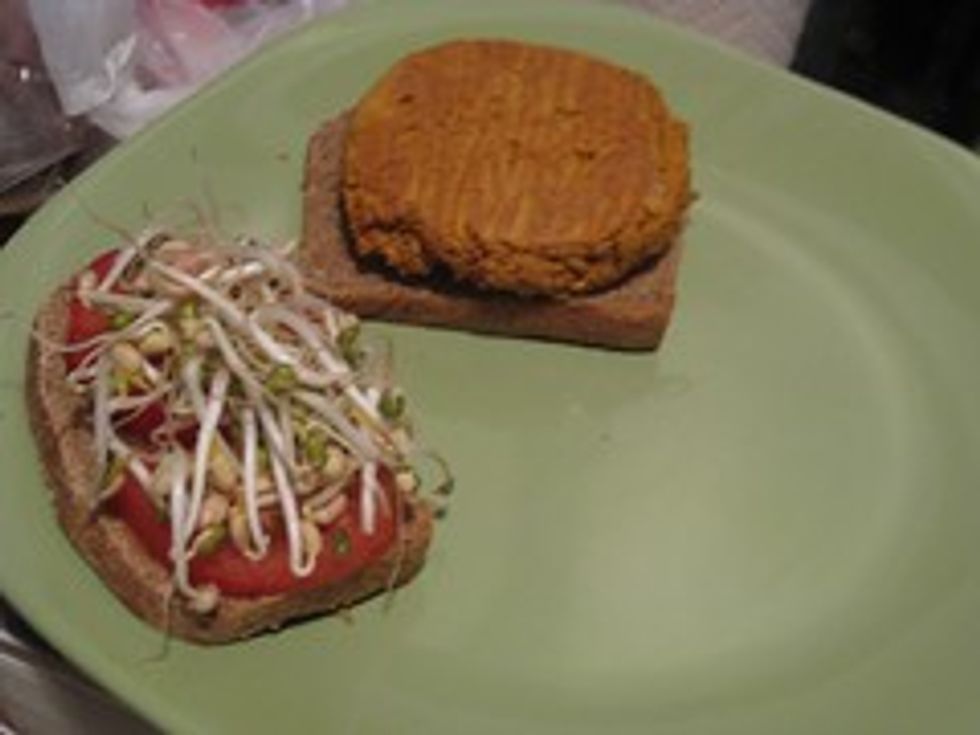 I roasted the carrots and some fingerling potatoes along with the burgers. (Actually, they take longer so I put them in first.) When it was coming close to time to pull the carrots out, I carmelized the onions and a little garlic. Pulled the carrots out, dumped them in the pot, added a bunch of ginger and tumeric, covered it with veggie broth, cooked it until the carrots were soft, and then whipped out the immersion blender. 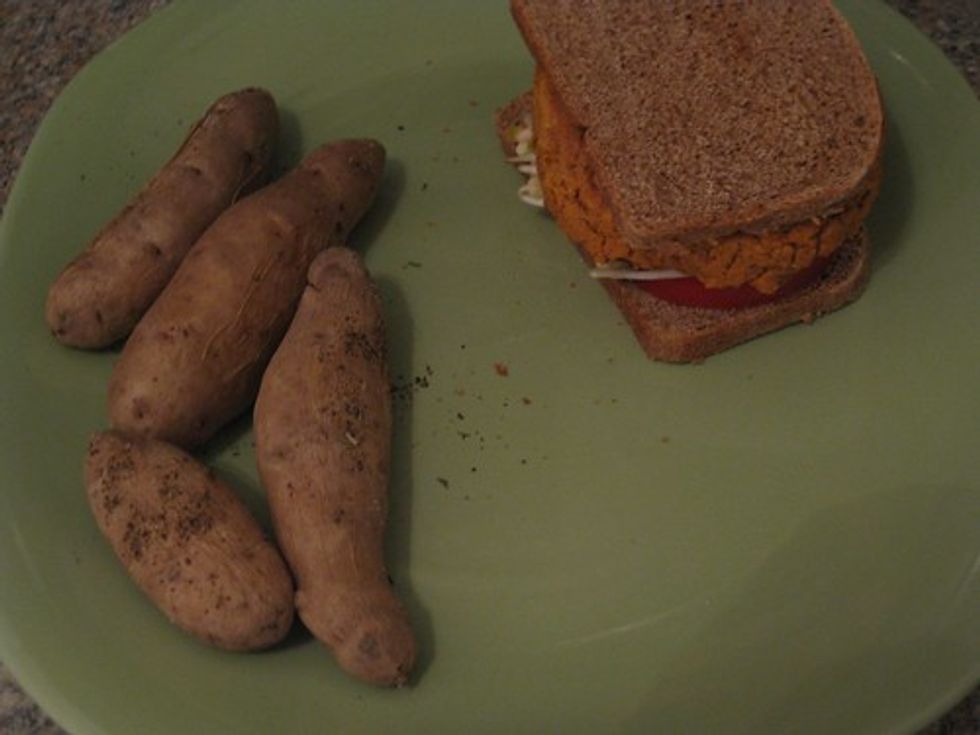