Oh c'mon, are we really talking about starving babies in 2011? 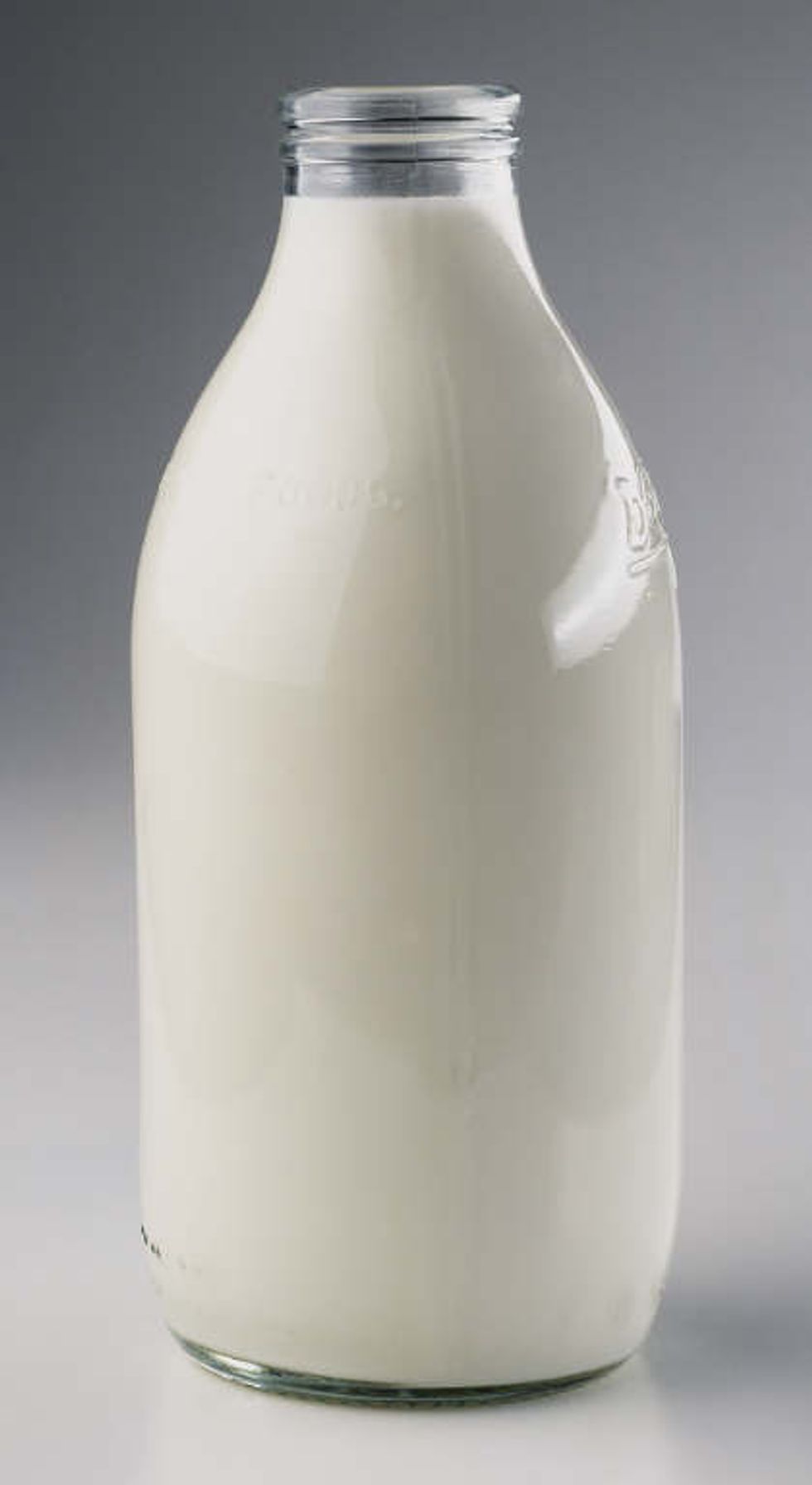 I was really lucky last night to be on a panel hosted by the Reproductive Health Access Project, who are working to integrate contraception and abortion into primary care so that women don't lose access. The panel was on whether young women care about reproductive rights, and the panelists assembled---myself, Jasmine Burnett, Aimee Thorne-Thomsen, and Shelby Knox---were there to argue that they do, but it's invisible activism for a number of reasons. One that we were key to focus on was intersectionality, a word that often causes consternation and is often used in a reductive way to discuss just race-gender issues. We were using it in the broader sense, and pointing out that young people today (maybe always) are intersectional as a matter of course, and don't draw lines between things like environmental activism, reproductive health access, rights, and health care. I do believe they were taping it, so I can hopefully get that up at some point in the future rather than recap what was an amazing, deep panel.

But I do want to point out that Jasmine made an astute comment, when she was talking about how people are organizing around Republicans trying either to cut Planned Parenthood or all Title X funding---depends on what bill you're looking at, though both passed the House---and she said that this comes hand in hand with cutting WIC, cutting education, cutting food stamps, that sort of thing. The WIC cuts in particular are scary because the Republicans seem very determined to do this. Mark Bittman wrote about a fast that he's participating on in support of WIC.*

[The poor] are — once again — under attack, this time in the House budget bill, H.R. 1. The budget proposes cuts in the WIC program (which supports women, infants and children), in international food and health aid (18 million people would be immediately cut off from a much-needed food stream, and 4 million would lose access to malaria medicine) and in programs that aid farmers in underdeveloped countries. Food stamps are also being attacked, in the twisted “Welfare Reform 2011” bill. (There are other egregious maneuvers in H.R. 1, but I’m sticking to those related to food.

For pro-choice liberals, this sort of thing is absolutely maddening in its lack of logic. I addressed this some in my Slate article about how the Pence amendment actually costs money up front and in the long term, but what tends to get liberals really pissed off is that Republicans are willing to force women to have children against their will, and then they turn around and deprive women of the sort of support they need to raise those children, including WIC. But as I quoted my friend Lindsay Beyerstein saying, the reason intersectionality on the left isn't optional is that the right is intersectional always. Jasmine declared there is a link between defunding family planning and defunding the means to feed those babies that are born whether planned or not. I agree, even though it seems contradictory to a lot of liberals. And while this is a war on the poor generally, the main target is poor women, and I think we shouldn't lose sight of that.

The conservative analysis---if you can call it that---that ties the prevention of unwanted child-bearing together with the use of public assistance to feed born children is that they blame feminism for both these things, which they consider evil. The argument is rooted in the idea that it's god's/nature's will that women should be dependent on men, but as women are functionally feeble-minded children, they rebel against their god-given roles (and that rebellion is feminism), and so they often have to be brought into line with force. Having children makes women see how they need to be submissive to men, because it escalates their dependence. So getting them bearing children as soon as possible is critical, even if by force. The view is that government assistance was created through a collusion of feminists and the federal government to allow women to have children but escape their natural role as dependent on men. This argument is often expanded to attack men living in poverty, to impugn their manhood by saying they refuse to grow up and provide for their families. That we have 10% unemployment has not budged the Republican argument that all impoverishment is due to laziness and rebellion against god-given gender roles.

With that worldview, I think the link between cutting WIC and cutting family planning funding makes more sense. The hope is to force women into dependency, and then take away all the means of support in hopes that they give up their rebellious feminist ways and marry men, who then are forced to grow up and take care of them. It's a very silly fantasy, of course---one could start seeing a bunch of holes, starting with the notion that most single mothers got that way by being too uppity to get married. But it's definitely what they believe. Here's Phyllis Schlafly spelling out the argument:

70% of unmarried women voted for Obama. And this is because when you kick your husband out, you’ve got to have Big Brother Government to be your provider. And they know that. They’ve admitted it. And they have all kinds of bills to continue to subsidize illegitimacy…

Dana Loesch was also big on this at CPAC:

Yeah, getting women to trot out these lines is a big thing in GOP circles, "good girls" scolding the bad ones and all that.

Of course, in the real world, cutting WIC will not result in a bunch of poor people getting married and morphing magically into middle class people with middle class jobs and mortgage payments and four cars in the garage. It will mean that more children starve, however, creating the potential for long term health problems, potentially affecting brain development, and definitely making it harder to concentrate in school. We know this, because these are the reasons that food programs were created in the first place, because the government realized that starving a giant chunk of your population is just bad economic sense. Bittman discusses it from a moral perspective, and I want to quote him, because this is important:

This is a moral issue; the budget is a moral document. We can take care of the deficit and rebuild our infrastructure and strengthen our safety net by reducing military spending and eliminating corporate subsidies and tax loopholes for the rich. Or we can sink further into debt and amoral individualism by demonizing and starving the poor.

I'm all for moral arguments. But like with my Slate piece on the funding of family planning, I want to look at this in terms that even immoral bastards who would starve babies can understand. Starving children is bad long term economics, as well as immoral. Conservatives may see the poor as just a mass of people they'd like to keep on hand so they can pay them shit wages for work, but even people working for minimum wage are more productive if they're educated well and healthy. Starving small children detracts dramatically from both those goals. Indeed, from the get-go, a lot of welfare and health care initiatives were about making sure the military had a healthy population when they needed troops. Since we've largely returned to the days when the military is staffed by people who don't have much in the way of alternate employment options, you'd think the conservatives who created this situation would at least want the pool of potential soldiers to not have their growth stunted as children through starvation. Especially since feeding people costs nothing in comparison with all our other military spending. Consider it a military expenditure, if that's what it takes to keep you from being the asshole who supports starving babies.

This country is completely fucking backwards, I swear to god. The discussion that should be occurring is not whether or not to cut WIC. We should be discussing instead how to make WIC a better program that doesn't focus so much on interrogating and humiliating women who apply, which discourages applications and results in more kids getting inadequate nutrition. I can't believe sometimes what monsters out there would snatch milk from the hands of hungry babies.

*As a side note, I think fasting for WIC is stupid, unless you're doing an old-fashioned "embarrass the government" fast, a la the suffragists or Gandhi. John Boehner doesn't care if you're hungry for a day any more than he cares if small babies are hungry for weeks at a time. Spiritual mumbo-jumbo isn't activism, and you're talking to a woman who has a very broad view of what counts as activism. That said, I suppose if it starts conversations with others, that's important.