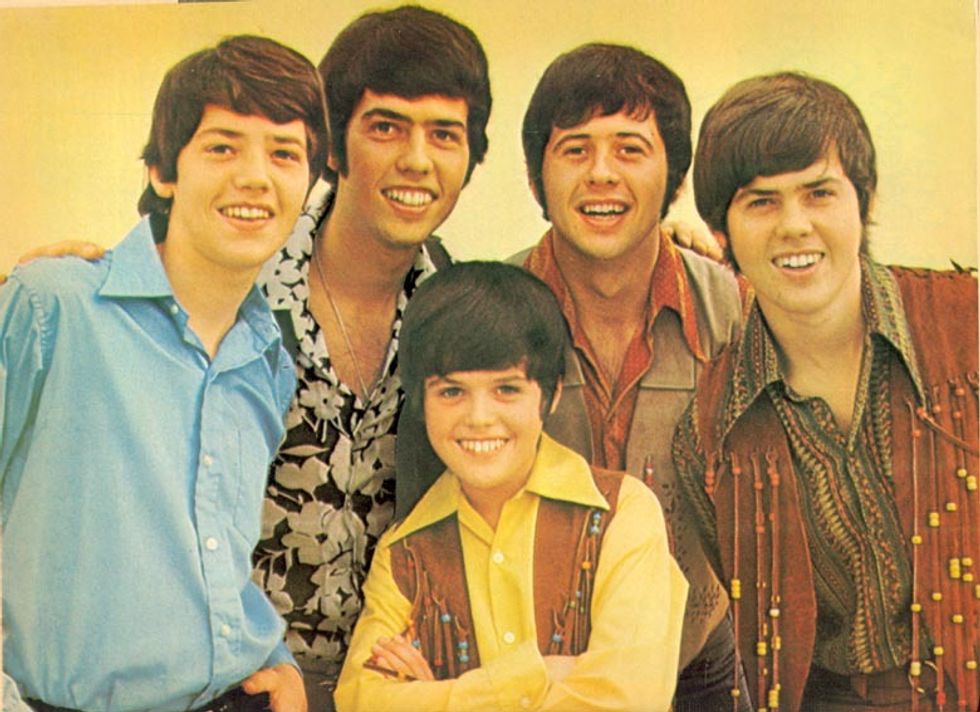 Jamelle Bouie takes on the question of why Mitt Romney still seems to be getting a hit for being a Mormon with evangelical voters, who are threatened by Mormons.

Evangelical hostility toward Mormons isn't as widespread as it was a decade ago -- a result, in part, of coalition politics (the Religious Right), Romney 2008 and Glenn Beck -- but it's still present, thanks mostly to irreconcilable theological views and practices. Mormons disavow belief in the Trinity, draw their doctrine from outside the Gospels, and use an altered version of the Bible, which runs counter to evangelical views on the book's essential perfection. Indeed, more than a few evangelical leaders have labeled Mormonism a "cult."

As for Glenn Beck, I will point out this: Beck has been getting into wild-eyed Bible-based conspiracy theories as of late, doing that thing Bible thumpers do where they try to imply that the prophecies of Revelations are coming true right now, even though you'd think the fact that their claims never to come to pass would start embarrassing them. I noted to Marc when the whole Lawrence O'Donnell-dressing-Beck-down thing happened that Beck doesn't ever thump the Book of Mormon. This oversight struck me as strange for a man who claims to be as sincere as Beck is. The Book of Mormon is just as important as the Bible, is it not? At least to Beck, that is. If he's speaking directly from his heart and his faith, you'd think he'd mention that on occasion. But nope. Just silence on that front. It's almost as if he's sculpting his views for propagandistic purposes that have little to do with his sincerely held beliefs.

Anyway, I think that there's more to the over-the-top suspicion of Mormons that some evangelicals display that a theological belief. In general, I'm skeptical of looking at dogma first and extrapolating from it. In my experience, beliefs are held first, and theological arguments are brought in to rationalize them. Jamelle notes that hostility towards Catholics has faded. I don't think this has anything to do with fading theological disagreements---evangelicals can claim just as surely as ever that Catholics are violating the commandment against worshiping non-Yahweh gods with their saints---but because Catholicism has become mainstreamed and isn't considered weird anymore. Plus, I think evangelicals realized that most Catholics are only nominally Catholic, and the church generally isn't competitive in the recruitment department. Numbers of Catholics are growing only because of immigration and reproduction, not because they're converting your kids or anything. This makes them less of a threat. I'll point out that evangelicals have come around in a similar fashion on Judaism. It used to be that "Jew" was a dirty word in your more fundamentalist corners of this nation, and while they still believe all Jews are going to hell, along with the Catholics, there's been a cultural shift where Jews are now considered as being Chosen and having a special place in god's heart. It's all confusing, but there it is. And I think part of the reason is that evangelicals have come around to seeing these religions are non-threatening. These two groups aren't competing with them for converts, and in fact represent only a conversion-possible population for them.

Not so with the Mormons. Mormons, like evangelicals, recruit. Evangelicals and Mormons are in direct competition for the same resources. And what's really threatening is that Mormons are kind of better at being evangelical Christians than evangelical Christians could ever be. Or at least, that's the perception. Evangelical Christians are desperate to put forward a nuclear-family-everything-is-so-great-we-have-10-kids-and-none-are-gay image, but the public facade on that is always slipping. There's so many sex scandals in evangelical churches and organizations that it's not even funny. Well, okay, it's always funny, but still. It's not just the high profile Ted Haggard and George Rekers cases, either. Any given week you can probably put the term "youth pastor" in Google News and the top story will be a sex scandal. Like I did today and this was the first hit:

Nelms, arrested last week in Lindale, TX, faces eight felony counts of lewd acts on a child under 14 and could face a maximum sentence of 22 years in state prison if convicted, according to a release from the D.A.'s office.

There's also a story of a youth minister boinking teenage boys while claiming it would "cure" their homosexuality and another one in Vancouver. This is a constant drumbeat.

Now, I don't doubt that this shit goes on in the Mormon churches of our country, too, but they manage to evade this kind of coverage for it. Maybe it's just that they're smaller in number and better at keeping a lid on it. But the point remains---Mormons are doing a much better job than evangelicals with that squeaky clean image that evangelicals crave. If I asked you who you'd find least surprising if I told you that a potential Republican presidential candidate released a sex tape that involved a same-sex three-way with scuba gear and a donkey, I'm going to just say that it's probably not Mitt Romney that you'd put at the top of the list.

So yes, I think evangelicals are just jealous. And the theological stuff is all rationale.