Sorry for the lack of posting yesterday afternoon, I was rushing on this piece for Guardian's CIF on why Republicans chose contraception as the thing to try to shut down the government over.

But I did do some cooking! As usual, this is just a sampling---without a CSA to really give this structure, I'm just picking randomly what I think was most interesting. I can't wait until it starts up in June! 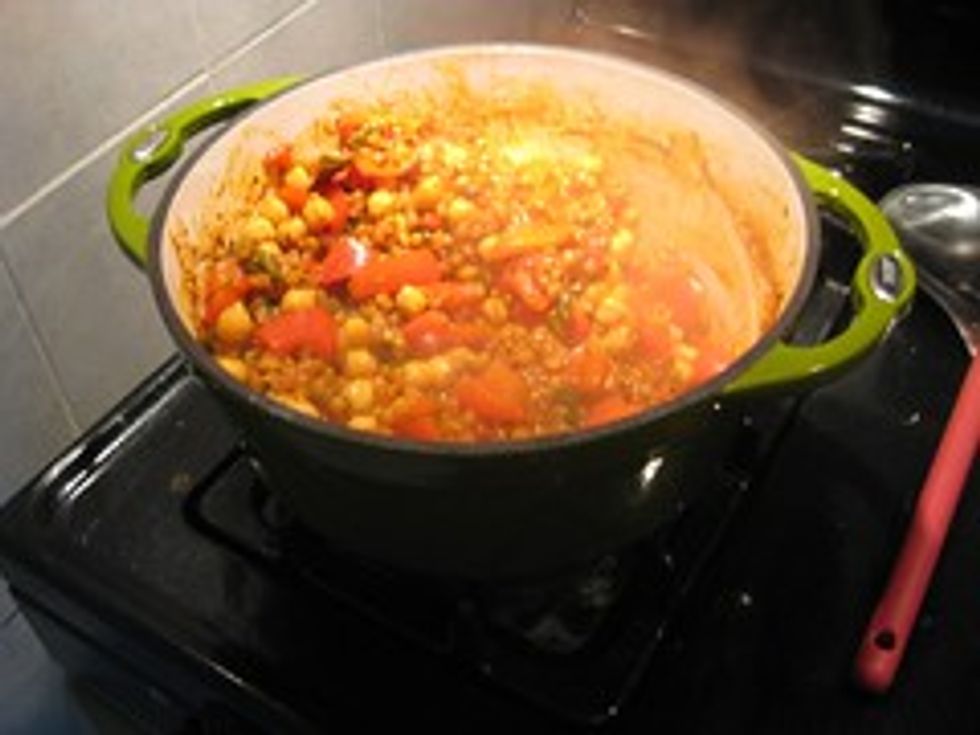 Earlier in the day, I cooked some chickpeas and wheatberries while I made coffee and breakfast. Which made dinner easy, because all I had to do was toss everything together to make this recipe. I tweaked it a bit, using fresh instead of roasted red peppers and green onions instead of leeks, but mostly it was the same. 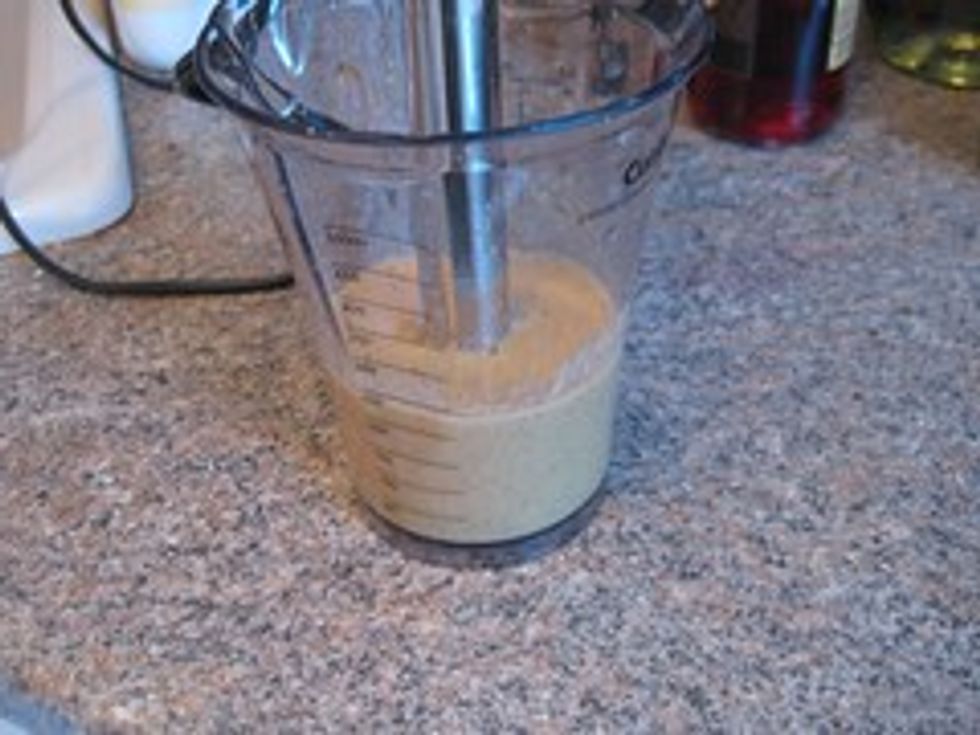 I also boiled (briefly) some green beans, which I tossed with a dressing made of lemon juice, red wine vinegar, garlic, mustard, a touch of olive oil, and thyme. The immersion blender made it super easy. 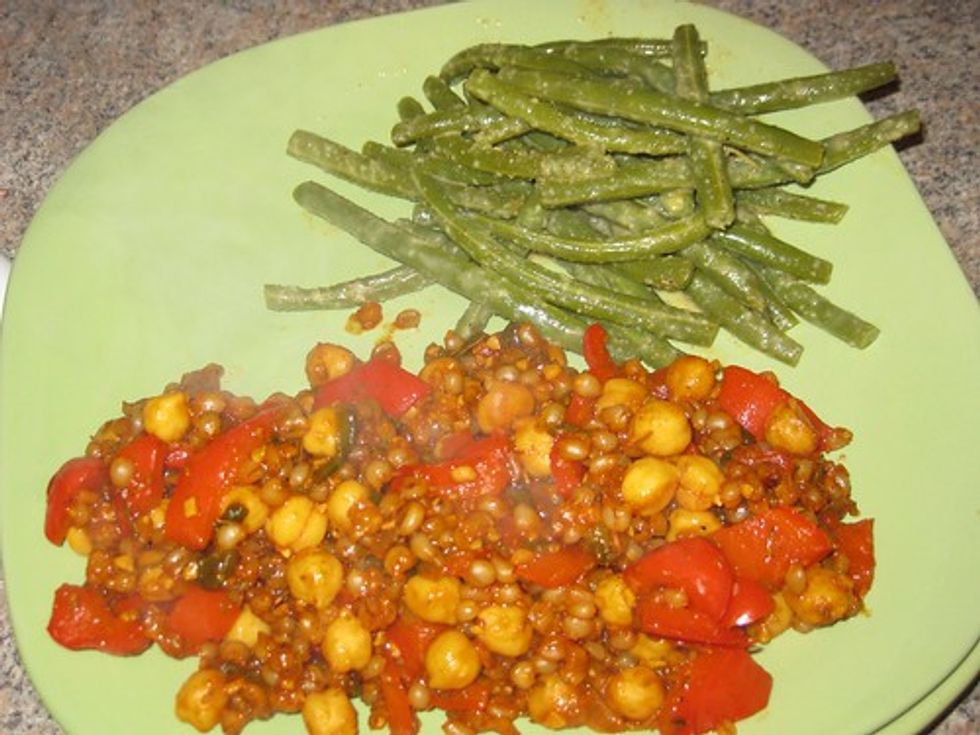 One of the great things about cooking bags of beans instead of buying cans is you not only save money, you have lots of leftover beans, so you don’t have to start from scratch. I had tons of chickpeas left over from the paella, so I decided to see if I could make hummus with my immersion blender. First I chopped up two cups of chickpeas with my mini-chopper. Then I put in the olive oil, tahini, garlic, lemon, cumin, parsley, salt and pepper and went after it with the immersion blender, to great success. 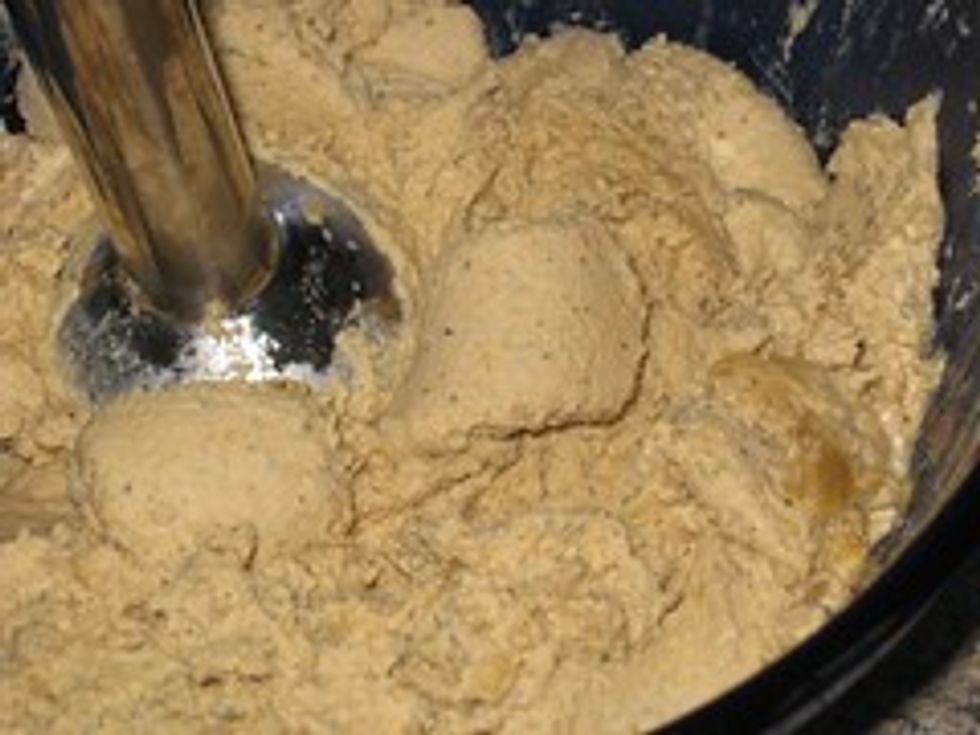 I served the hummus on sandwiches with beets, sprouts, and cucumber slices, and a dab of yogurt.

I also made parsnip soup with onions, garlic, cumin, turmeric, lots of ginger, and chili powder. For the last bit, I peeled and cut up sweet potatoes, sprinkled salt, pepper, and cinnamon on them, and roasted them at 400 degrees for an hour.

Without the yogurt dollops, vegan. 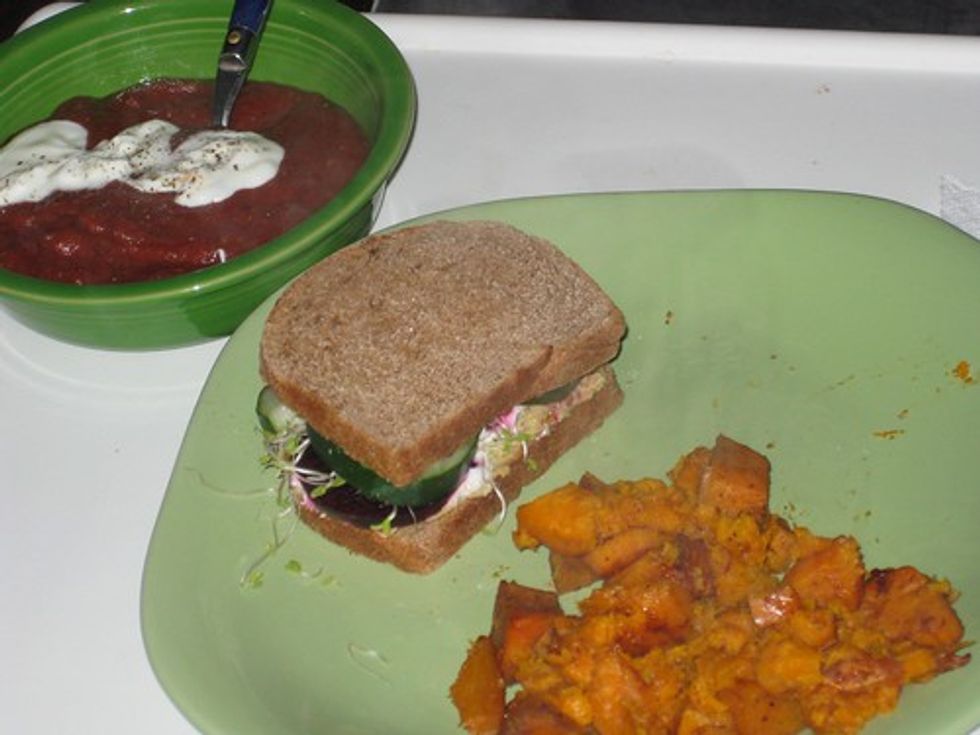