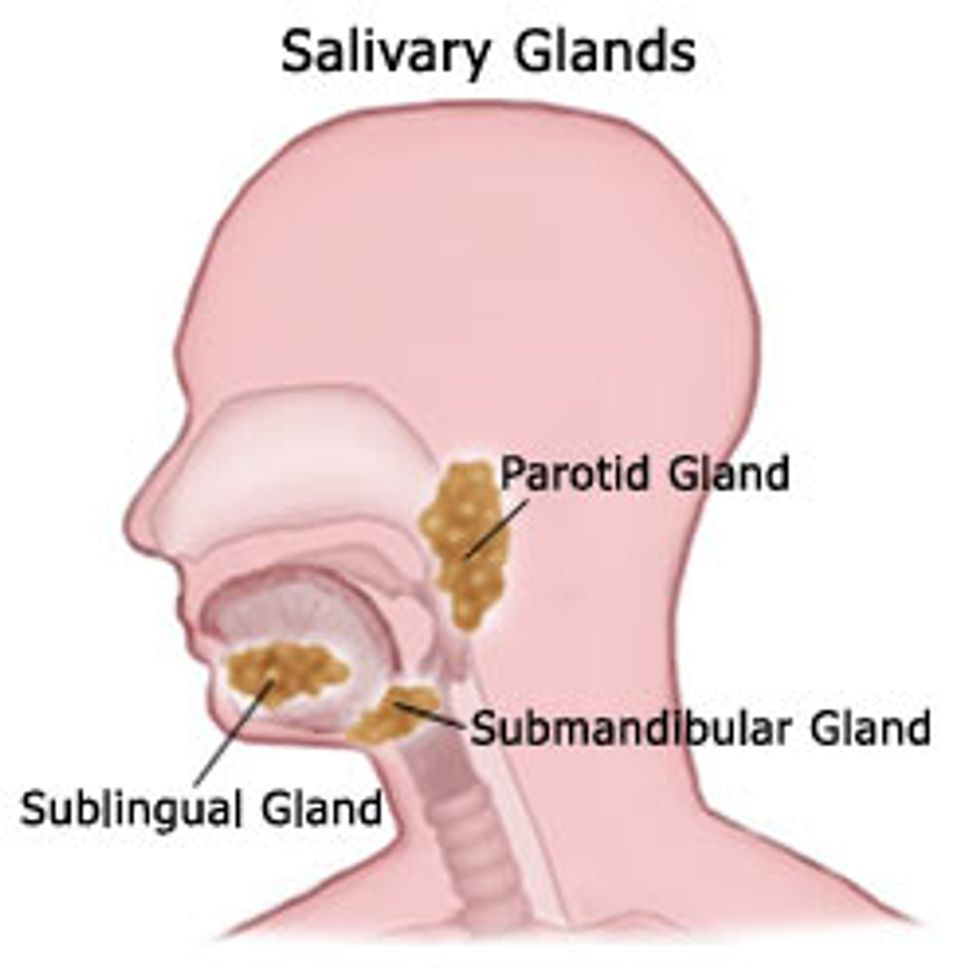 A bout of national stupidity isn't complete without Ross Douthat weighing in to support it, and so of course the recent "controversy" over whether or not hell exists* was like catnip to him.  Unsurprisingly, he insists that it does, and the reason is, "Because I want it to."  Douthat---all religious authoritarians, really---should realize that actually making the case for their beliefs in public does them no favors, because it just exposes them as fantasists and moral children.  I thought it might be fun to run down this argument in-depth for that reason, because Douthat has really revealed himself to be a foot-stomping toddler with sadistic control issues, as opposed to someone with a mind sharp enough to deserve a well-paid column at one of the world's largest newspapers.

In part, hell’s weakening grip on the religious imagination is a consequence of growing pluralism. Bell’s book begins with a provocative question: Are Christians required to believe that Gandhi is in hell for being Hindu? The mahatma is a distinctive case, but swap in “my Hindu/Jewish/Buddhist neighbor” for Gandhi, and you can see why many religious Americans find the idea of eternal punishment for wrong belief increasingly unpalatable.

When your argument starts with your unease at the possibility that humans could overlook our differences to see the value in their fellow humans, regardless of skin color or country of origin, you're off to a bad start. But Douthat being Douthat, he constructs his arguments by pretending to see progressive change as well-meaning before he moves in to denounce it, and so I think that's actually what he intended to do here.  He just failed by using loaded terms.  He does a little better on accepting that people exposed through their TVs to what hell on earth looks like---Haiti right after the earthquake, countries torn by genocide---might be easier to persuade that no loving god would do this to human beings for eternity.  His problem is that he treats this humane approach to others as soft-headed---like most misogynists, he tends to fall into the trap of thinking of kindness as "feminine" and logic as "masculine" and therefore believes both cannot coincide---but actually, the no-hell argument is more logical within Christian presumptions than the hell argument.  It is true that a god who would allow people to go to hell is evil, full stop.  You cannot believe god is good and would allow a hell.  In fact, the preacher Rob Bell who has kicked all this off has, from what I understand, approached this argument with this kind of internal logic.  I do understand why that's threatening, of course.  The fear is that if people start to see some contradictions in religion, they'll start asking even more questions and end up being atheists.  And that does happen, but it's also true that resolving some of the more troubling contradictions can create space for people to keep believing religion, which is clearly what Bell is gambling on.

Anyway, more Douthat.  After his usual "liberals are so cute with their silly caring about others!" crap, he moves in for the kill:

Atheists have license to scoff at damnation, but to believe in God and not in hell is ultimately to disbelieve in the reality of human choices.

Needless to say, it's actually Douthat who doesn't believe in human choices. He actually has spent a great deal of time and energy arguing that women especially shouldn't be allowed to have choices, especially over their bodies.

If there’s no possibility of saying no to paradise then none of our no’s have any real meaning either. They’re like home runs or strikeouts in a children’s game where nobody’s keeping score.

Argument #1 for hell: There has to be a hell, or else how will Douthat know when it's all said and done that he wins?  This is incredibly telling logic, and I think goes straight to the heart of conservatism.  It even tells you why so many Republicans would destroy our nation's prosperity in order to create a wide gulf between the rich and everyone else.  It's more fun being rich if most people are picking through trash to eat!  It's like having a home run.  It's harder to tell you've "won" if your neighbor's house is smaller than yours but they still live a relatively comfortable, prosperous life.

In this sense, a doctrine of universal salvation turns out to be as deterministic as the more strident forms of scientific materialism. Instead of making us prisoners of our glands and genes, it makes us prisoners of God himself. We can check out any time we want, but we can never really leave.

I want to point out that in his eagerness to quote The Eagles, Douthat actually constructs heaven as a prison that people are desperately trying to escape.  In this case, through fucking.  Which is the critical point of this paragraph.  Douthat is saying there has to be a hell because otherwise we let our "glands" make decisions.  You know he couldn't get through this without indulging his sex obsession.  At the end of the day, he needs there to be a hell because otherwise where is god going to put all the dirty girls?  They have to be punished!  They had sexual pleasure and didn't pay for it!  They must pay.

The doctrine of hell, by contrast, assumes that our choices are real, and, indeed, that we are the choices that we make. The miser can become his greed, the murderer can lose himself inside his violence, and their freedom to turn and be forgiven is inseparable from their freedom not to do so.

So, as usual, the argument comes down to, "We have to pretend there's a hell in order to create fear in people so we can control them."  And I don't use the word "pretend" to open up another argument about sincerity.  Sincerity is the least interesting aspect of this problem here.  What is more interesting is that the argument for hell is not that there's evidence for hell or that hell can be deduced through logic.  It's that we need to have this idea in order to get the results the believer wants.  To put it another way, you could replace the word "hell" with "a giant monster that eats people up in their bed because they show me up in arguments", and you'd get the same result.  Let's not talk about if it actually exists.  Let's just say that the amount of control that it gives you over others is reason enough to pretend it exists.

It's relevant, of course, to point out that Douthat is arguing something that is demonstrably untrue, which is that people who believe in hell behave better than people who don't.  Even Douthat doesn't believe this lie.  If he did, he wouldn't demand that there be legal restrictions to force women to comply with his religious dogma on sexuality.  If he actually believed that there was a heaven and hell that made life choices meaningful, he wouldn't want the law stepping in to take those life choices away in cases where allowing people those choices improves life in the here and now.  He doesn't actually think choice is meaningful; he wants to deprive people of it.**  Anyway, by the logic of this essay, atheists are bad people who lie, cheat, and murder all the time.  He has no evidence of this.  I would happily go toe-to-toe with Douthat in a contest of who's a more moral person between my atheist ass and his god-fearing ass, though of course, who wins depends on important moral questions over whether or not it's moral to believe women are people or that torturing people for eternity for having unauthorized orgasms is wrong.***

If there’s a modern-day analogue to the “Inferno,” a work of art that illustrates the humanist case for hell, it’s David Chase’s “The Sopranos.” The HBO hit is a portrait of damnation freely chosen: Chase made audiences love Tony Soprano, and then made us watch as the mob boss traveled so deep into iniquity — refusing every opportunity to turn back — that it was hard to imagine him ever coming out. “The Sopranos” never suggested that Tony was beyond forgiveness. But, by the end, it suggested that he was beyond ever genuinely asking for it.

Argument #2 for hell: Some fictional works use the symbolism of it in emotionally compelling ways.  Really good symbols should always be taken literally, which is why Douthat also is forced to believe that humanity can only be saved from the vampires by a teenage girl in California, that you really can get lost for a decade trying to get back from Troy to Greece, and that strange women lying in ponds distributing swords is an excellent basis for government.

In sum, a moral midget like Ross Douthat is happy to cast a national hero into hell in order to make sure that his enjoyment of HBO dramas isn't impeded by uncomfortable doubts that there's a tyrannical Sky Fairy that agrees with Douthat's irrational concern that other people enjoy their sexytimes too much.  Got it.

**I'm restricting my arguments to his advocacy of laws that would, as he's admitted in the past, be detrimental to peace and prosperity in the here and now.  Douthat has conceded, though he occasionally takes it back, that allowing women control over their bodies improves their marriages, their economic prospects, and the stability of society.  But he thinks they shouldn't have that choice anyway, because god and stuff.  Clearly, laws against murder and theft are justifiable even if you believe in hell, just because the effects are immediately negative.