Protests that began in Israel over high housing prices have now escalated into a general demand for social justice, with tens of thousands attending a rally in Tel Aviv on Saturday and hundreds blocking traffic and clashing with the police.

Israeli news site Ynet reported on Sunday that those at the rally repeatedly booed any mention of Prime Minister Benjamin Netanyahu and chanted, "Bibi, go home."

"Protestors carrying signs and flags began to gather at Habima Square Saturday evening, where hundreds of tents had been set up in protest in the past week," Ynet explains. "Meanwhile, doctors and medical interns were also protesting in the city after a 110-day strike that has not yet led to a breakthrough in negotiations with the government. ... A large group of dairy farmers also joined the housing protestors with signs slamming dairy product prices and government inaction on the issue. Yoav Zur, a dairy farmer from Be'er Tuvia, told Ynet: "It all started with the cottage cheese protest.'"

A blogger at Daily Kos, however, believes that there was a more radical edge to the protests than the Ynet story would indicate. "These protests," The Troubadour explains, "which began as explicit anger at the rising rental prices in cities across the country, have been fueled by the response of Netanyahu's government, which initially, with hostile rhetoric, dismissed them as being part of a large, leftwing movement being funded by outfits such as the New Israel Fund. The initial rhetoric, which claimed that the protests were not about anything other than the 'Zionist Left's' political agenda, only served to increase protesters' anger and resolve."

The Kos post links to an article at independent website +972 which suggests that the protest had deliberate echoes of the "Arab Spring," being marked by "chants of revolution and signs reading 'Mubarak. Assad. Netanyahu.'”

"A clash began as the demonstrators were dispersing," +972 reports. "Eyewitnesses said one person was detained, which prompted several dozen people to block the Kaplan-Ibn Gvirol intersection, a major junction in central Tel Aviv. The crowd quickly grew into hundreds, who camped out in the middle of the intersection, barricading it with barriers 'borrowed' from nearby repair works. The crowd chanted slogans in favour of the police, pointing out they, too, can’t afford decent housing with their miserly salaries. Others spoke to policemen, encouraging them to fight for the right to unionise (which policemen in Israel are banned from by law). Eventually, police cleaned up the junction using selective arrests, mounted police and motorcycles. This assault was met with indignation by the crowd, who briefly lodged beer cans at the police, but the protesters quickly regained their composure and began singing pro-police and pro social justice slogans, punctuated with 'Revolution! Revolution! Revolution' and 'Non-violence! Non-violence!'."

Another blogger at Daily Kos, Christy1947, adds that the housing crisis is a direct result of Israel's government having concentrated funding on expanding the settlements in Palestinian territory at the expense of conventional housing. And The Troubadour concludes by suggesting that the protests are likely to expand and may pose an increasing threat to the Netanyahu government. 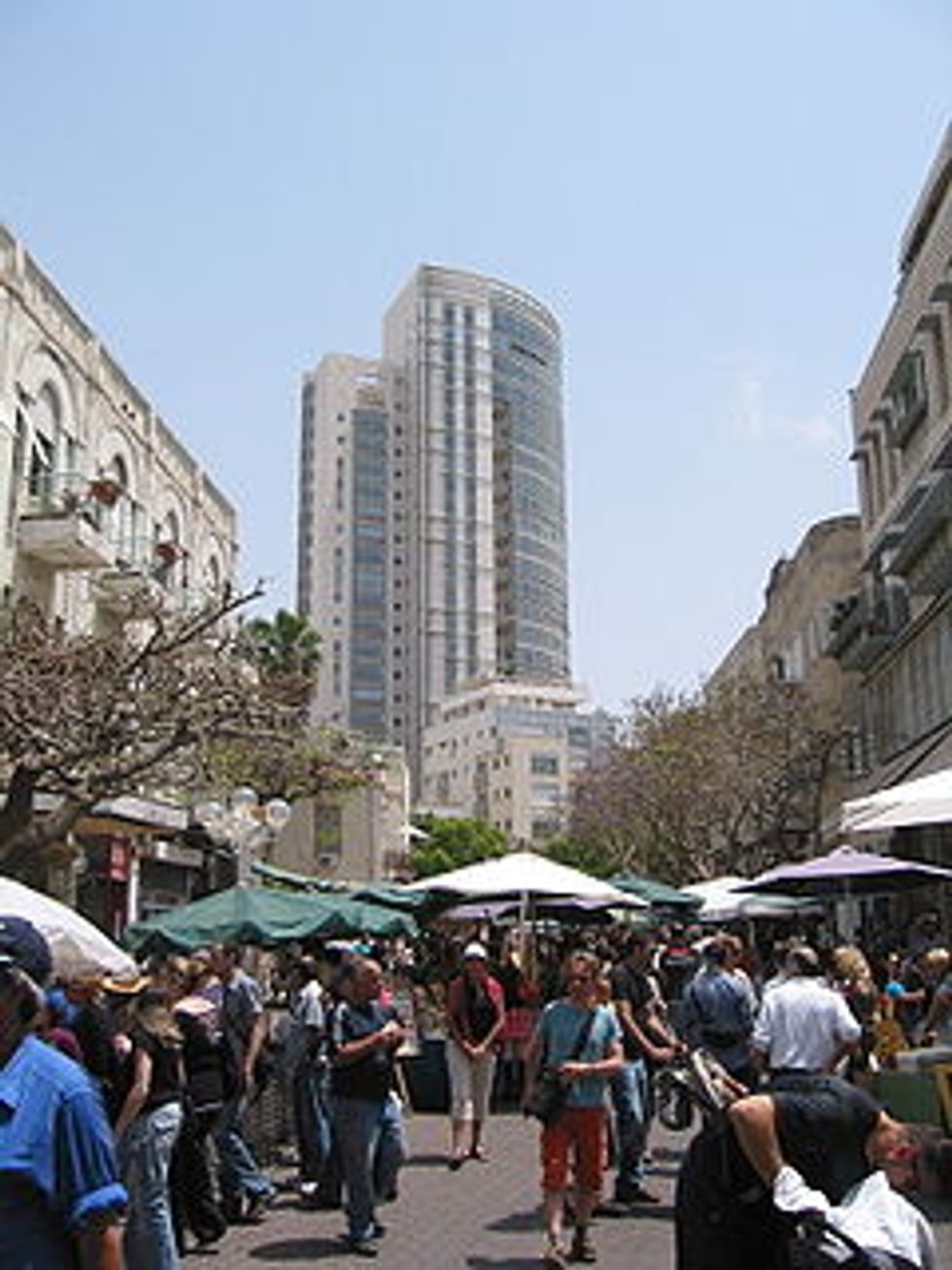