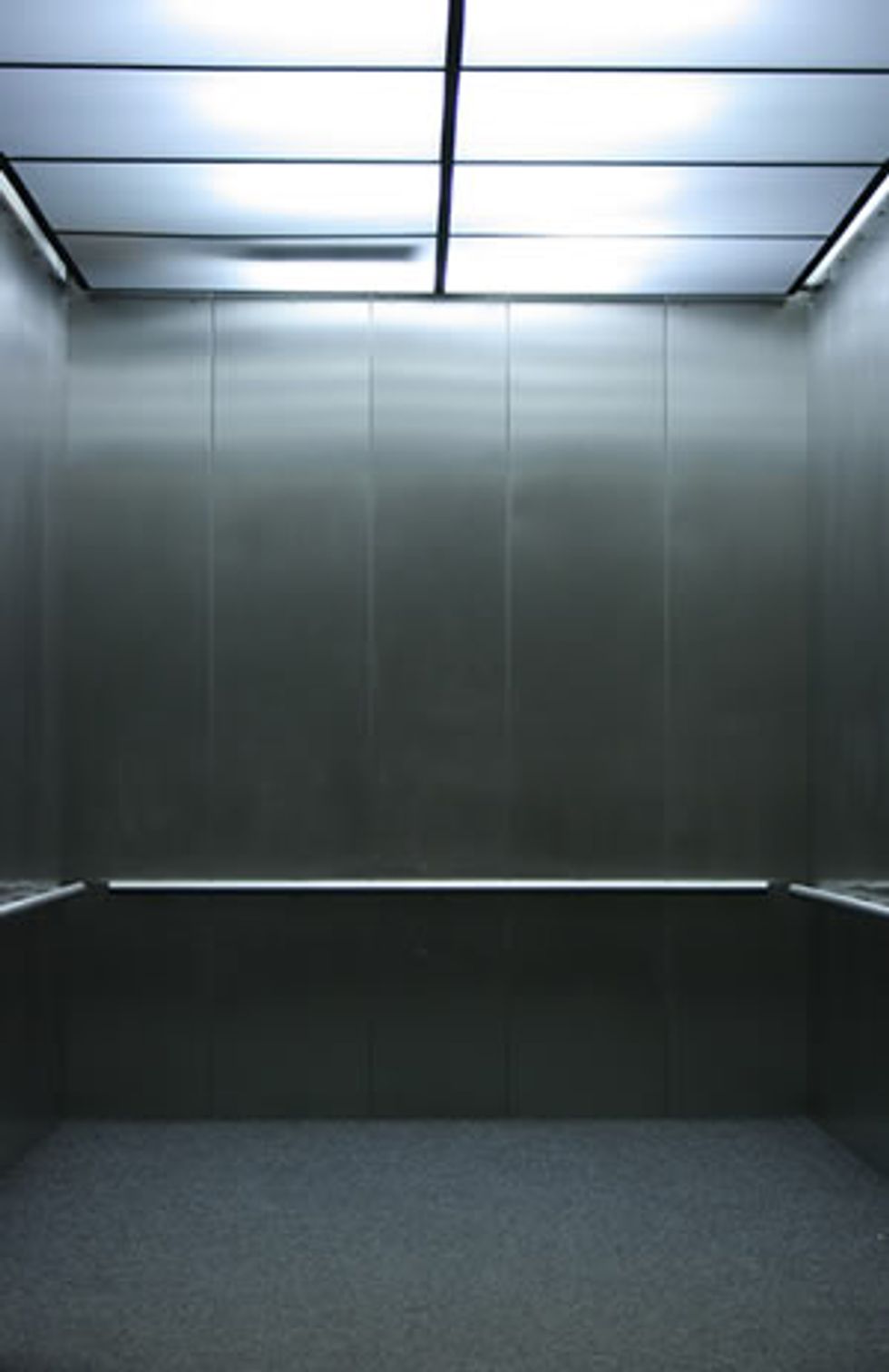 Oh lord, Elevatorgate is continuing to go on, as these things do when a bunch of men (and their pathetic female supporters) swear up and down that the biggest problem this world faces is a bunch of nice, well-meaning guys can't get laid because women are meanies.  Every time I've written about Nice Guys®, I've picked up at least one man who makes a permanent enemy out of me, proving often how "nice" he is by sending me a bunch of nasty emails or blog comments about how I understand how his niceness keeps him from getting laid and women are all shallow bitches that like to be abused.  Indeed, the "niceness" I've experienced at the hands of self-proclaimed Nice Guys® has done little to convince me that they're actually nice guys who've been edged out of the sexual market by women's inconstancy and evilness, and has instead convinced me they strike out a lot because their entitlement issues make them irritating to be around.

Unfortunately, the fantasy that there are scores of genuinely nice guys whose decency can be measured in how often they strike out with the ladies persists.  Psychology Today, which is basically a right wing rag that uses pseudo-science to argue for a view of race and gender on par with Bill O'Reilly's, has unsurprisingly weighed in on the whole notion of whether it's okay to corner women in elevators, hoping that raising the stakes of saying no will get you to "yes".  David has the whole disturbing spectacle, but the sum of it is, "Women shouldn't scold men who do predatory, frightening things because they're all just Nice Guys® who are shy, which is identical to meaning well."

There are a couple of fallacies with the "men just corner women because they're shy and fear rejection" argument.  The first is the assumption that shyness precludes ill intent.  There is no evidence for this assertion.  On the contrary, many self-proclaimed "shy" men online are also eager defenders of "pick-up artists", i.e. their sense of entitlement to women's bodies allows them to believe that it's acceptable to see a "no" from a woman as a challenge, instead of respecting her wishes.  That's not nice at all.  Many shy people are nice, and they tend to be the shy people who say no means no.  My point isn't that shy people are bad, just that shyness in and of itself doesn't mean anything about the rest of your personality.  There are shy assholes, and shy saints.  If a man starts with the assumption that sex is a zero-sum game and getting laid is about getting one over on a woman, he's an asshole, no matter how hard it is for him to work up the courage to do this.

But more importantly is the fallacy that choices made from shyness are indistinguishable from choices made by belligerent sexual predators.

In order to understand what I mean, let's review actual research done on sexual predators.  Thomas at Yes Means Yes did a great job of summarizing the findings of researchers who actually bothered to interview rapists and figure out what their patterns are. I think it's worth reading the whole thing, but the relevant piece here is a summary of the standard M.O. of sexual predators:

• plan and premeditate their attacks, using sophisticated strategies to groom their victims for attack, and to isolate them physically;

• use “instrumental” not gratuitous violence; they exhibit strong impulse control and use only as much violence as is needed to terrify and coerce their victims into submission;

• use psychological weapons – power, control, manipulation, and threats – backed up by physical force, and almost never resort to weapons such as knives or guns;

• use alcohol deliberately to render victims more vulnerable to attack, or completely unconscious.

Emphasis mine.  At least three of these behaviors are displayed immediately by a man propositioning a woman who has been drinking in an elevator.  Once the target has displayed strong boundaries, a smart rapist moves on to his next victim.  This one is just too much trouble.

Now, let's be clear.  Not all men who isolate women and start testing their boundaries are rapists, i.e. men who won't take no for an answer.  But, as I argued before, they are still sexual predators who use the implication of violence to raise the stakes for saying no.  If you've been cornered by a man, you don't know if he takes no for an answer or not.  You just know that he's the kind of guy who has so little respect for you as a human being he would do something like corner you, which tends to drastically raise concerns that he doesn't take no for an answer.  (It is worth noting that the research indicates that setting strong boundaries quickly can be protective, because actual rapists do tend to test them for weakness before making their move.  That said, there is no foolproof way to avoid being raped.)  Men who do this live in the world and grasp this.  They know women are told not to meet strange men in isolated places, told not to go to dinner on a first date with a stranger (instead choosing coffee or drinks, which makes it easier to bail politely), and they know that they have the B-word in their pocket to fling at women who are firm in rejecting them.  They also know that women know this.  They manipulate all these things---which everyone knows----for their benefit.

I've been cornered by men, though now that I've grown older and don't give a flying fuck if someone calls me a bitch, it hasn't happened in a long time.  I tend to pass the initial boundary-testing, I suspect.  But when I was younger and still stuck in my feminine conditioning to be nice and assume the best of everyone (even men who creep me out), I got cornered a number of times.  Luckily, never by a rapist.  But every time, it was by someone who was willing to let the idea of rape hang in the air while I tried to figure out how to say no and get out of there without provoking someone who might be a rapist.  The way it usually went is that they found some pretext for isolating me, often by having a male friend distract any female friend I was with, but I've also been followed into isolated areas.  Then they made me feel uneasy by acting outside of the normal bounds of human interaction---usually by immediately introducing the idea of sex without any prior flirting or indication from me that this was welcome.  On the contrary, they knew damn well I wasn't into them, often to the point where it was painfully obvious.  And yet, I often found myself pondering the notion that maybe the quickest way to get out of this situation safely would be to tolerate some sexual interaction with the hopes he'd be pleased with himself and let me go quietly.  It never happened, because I would be so disgusted and angry at the idea that I'd stop caring if I was perceived as a bitch.  But the amount of effort it took to say no was outrageous, and has included trawling a party for a friend who has disappeared and demanding that I be taken home right now because I'm having a miserable night. This has happened to me and I've rescued friends that it's happening to, and one thing I can safely say about all these interactions is never once did I pick up a "shy" vibe off the Guy Who Corners Women.

Thus, I'm intensely skeptical that the behavior of shy guys who are well-meaning but awkward is indistinguishable from cocky assholes who think it's acceptable to obtain sexual favors from unwilling women by using heavy-handed tactics.  I personally cannot think of another situation where people claim behavior that is usually associated with pushy assholes is indistinguishable from behavior of shy people.

But let's assume for the sake of argument that there are cadres of shy but well-meaning men who somehow manage to behave exactly like predatory assholes.  Hey, three left turns equals a right turn, you know?  It's possible, though highly unlikely.  (And as a skeptic, I'm forced to point out that extraordinary claims require extraordinary proof.)  If this is true, then by definition, the response to hearing "don't corner women in isolated spaces and proposition them, forcing them to wonder if you're going to let them go without violence or abuse" is, "Holy shit!  Thank you for the excellent advice.  I shall, being a well-meaning guy, never ever do that to a woman.  Any women I have done that to, my sincerest apologies.  As a well-meaning person, the last thing I would ever do is make a woman fear rape. I'm ashamed and appalled at any instances where I awkwardly caused fear."

But the reaction that Rebecca Watson got instead was, "How is a guy supposed to get laid if he can't corner women in elevators?" or "How dare you tell men what to do?" or "Being against cornering women is being against sex, strawman strawman."  By definition---this is tautological---that reaction cannot come from a well-meaning but shy person.  That reaction may come from a shy person (but I'm skeptical, since shy people tend not to be so belligerent in their defensiveness), but it cannot come from a well-meaning person.