The 10th anniversary of everything going straight to hell 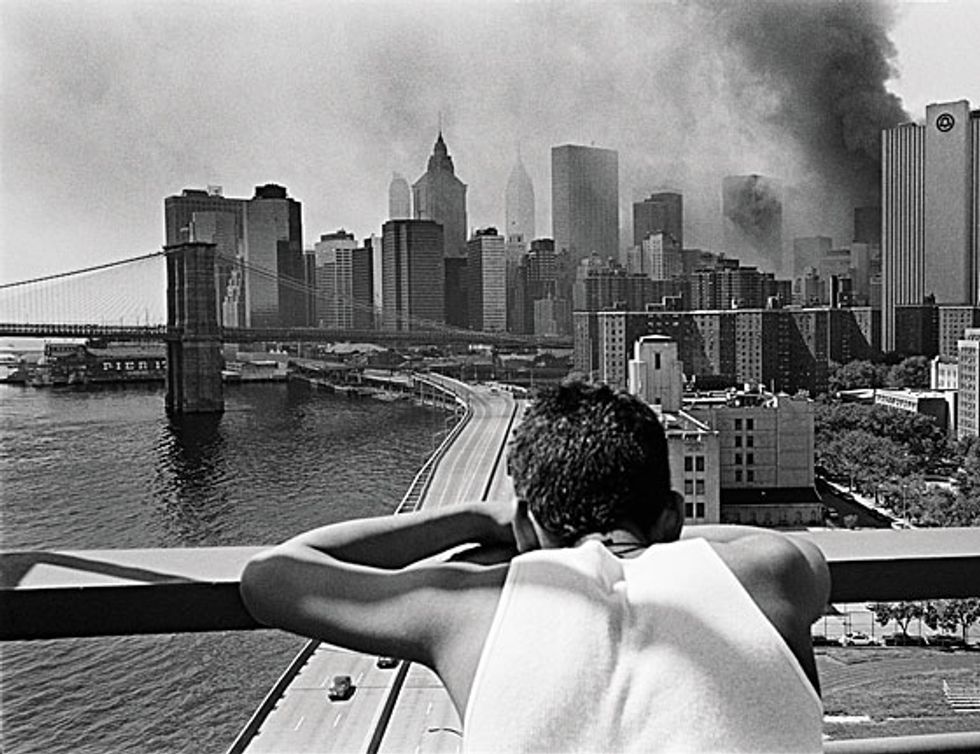 A lot of people will be weighing in today on the 10th anniversary of 9/11, which is happening on Sunday.  I feel I should say something, though it's hard really to know what to add.  That day was awful for everyone, no matter where in the country they lived.  I was living in Austin at the time, of course, and I just remember how incredibly sad it was.

Of course, I had never been to New York City then and now I actually live here, so my relationship to the entire thing has been changed dramatically.  At the time it happened, it seemed distant and surreal, and now it seems like something that happened not that long ago right across the river.  Moving here and thinking about 9/11 has really shown me how important geography really can be, and that unfortunately reinforces my sense that the geographic divides that enhance political divides in our country may really be impossible to overcome.

Setting that aside for today, I just want to recommend New York Magazine's encyclopedia of 9/11.  It helps put the necessary period on the day that's held our nation captive for a decade, a nightmare I think we're beginning to extract ourselves from.  It's also much different reading it as a New York resident.  The disturbing details seem a little more real.  Learning that they were able to identify many more victims because they found their bone fragments on top of the Deutsch Bank---they thought they were pebbles at first---is grim enough, but it's even more of a blow when you've personally walked past that building repeatedly without ever really thinking about it.  It's hard to imagine the financial district covered in paper, dust, blood, and gore, and yet, it did happen.  And in a sense it will always be there, at least some, absorbed into the general grime of the city.  It's weird to live here so long after it happened, after the damage was swept up and the rebuilding began. Part of it still seems a little unreal.  But much less than it did living out in Texas.

I'm made powerfully uncomfortably by the way that 9/11 has become a symbol for so much of Red America for that reason.  I know from living it that when it's far away from you---like it was for the majority of people getting 9/11 T-shirts or memorial plates or crying eagle window decals---that it was both horrible and a little far away from you.  That the people who were furthest from it seem to lay the most claim to it makes me profoundly angry and sad, all at once.  It wasn't some great moment of patriotism.  It was the vaporizing and squashing of thousands of people who had family members who loved them.  I hate how that's been lost.  But when you're actually living here, that fact is never lost.  It lingers in the air, fading but always there.  That the people of New York picked themselves up and went straight back to business is really admirable.  It's something we should all learn from.  After all, death is coming for all of us---hopefully in less horrible circumstances---and we cannot let that fact paralyze us or drive us mad.  I wish more people had learned that lesson.