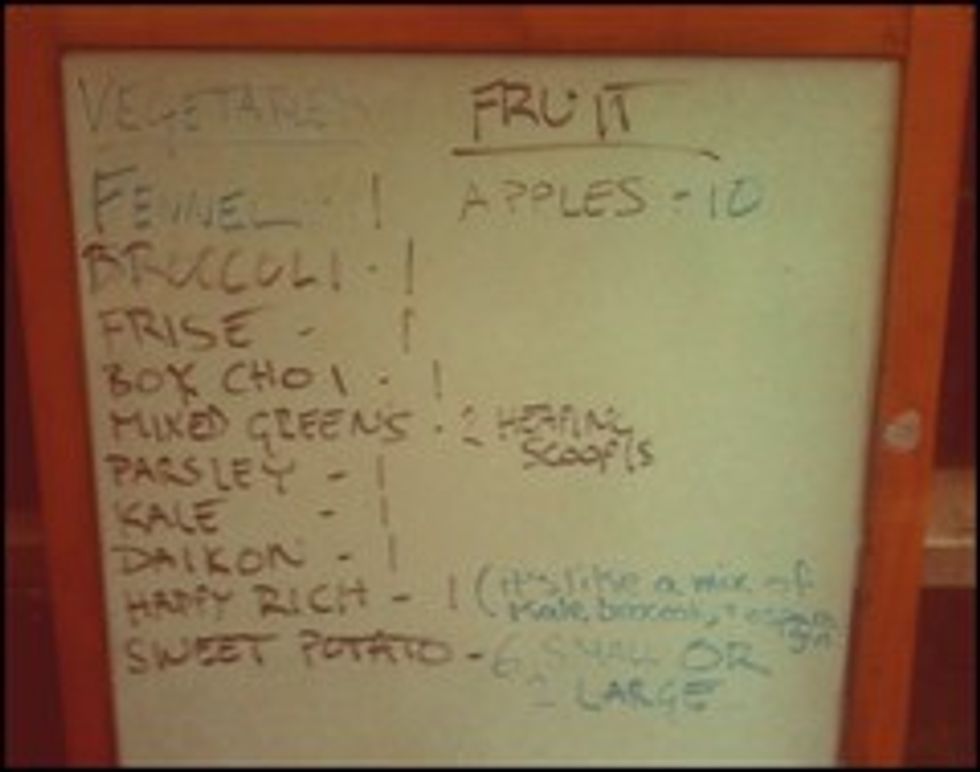 Unrelated to the CSA, but the snow has now definitely killed my basil. The leaves that are on there are hanging in, with some brown spots, but new ones will not be forthcoming, it seems. I don't think what I have left will make a good pesto, but I will think about it. What I did use it for was to make lots and lots of marinara, which I froze. I may like marinara more than pesto at the end of the day, and so with what's left, I may just do more of that. Yes, it takes up more space in the freezer. But the flip side is you get to eat more of dishes like this. In fact, I'm enjoying an egg poached in marinara sauce as we speak.

It may not be the prettiest thing in the world, but man it tastes good. And humanely-raised, omega 3-heavy, super-tasty eggs are available year-round at the farmer's market. So why not?

I pick up this week's shipment in about an hour, so we'll see if the snow had a negative impact. Certainly the squash pickings have been slim because of Hurricane Irene.

I decided to finally learn my lesson about broccoli, and cook it the same day I got it, while it was still super-fresh. I made this recipe, but with ricotta instead of feta. I was going to use basil instead of parsley, but it was sleeting like a mofo, and frankly I didn’t want to step on my balcony to fetch the basil. So I used the parsley. I added a little actual red wine with the red wine vinegar. 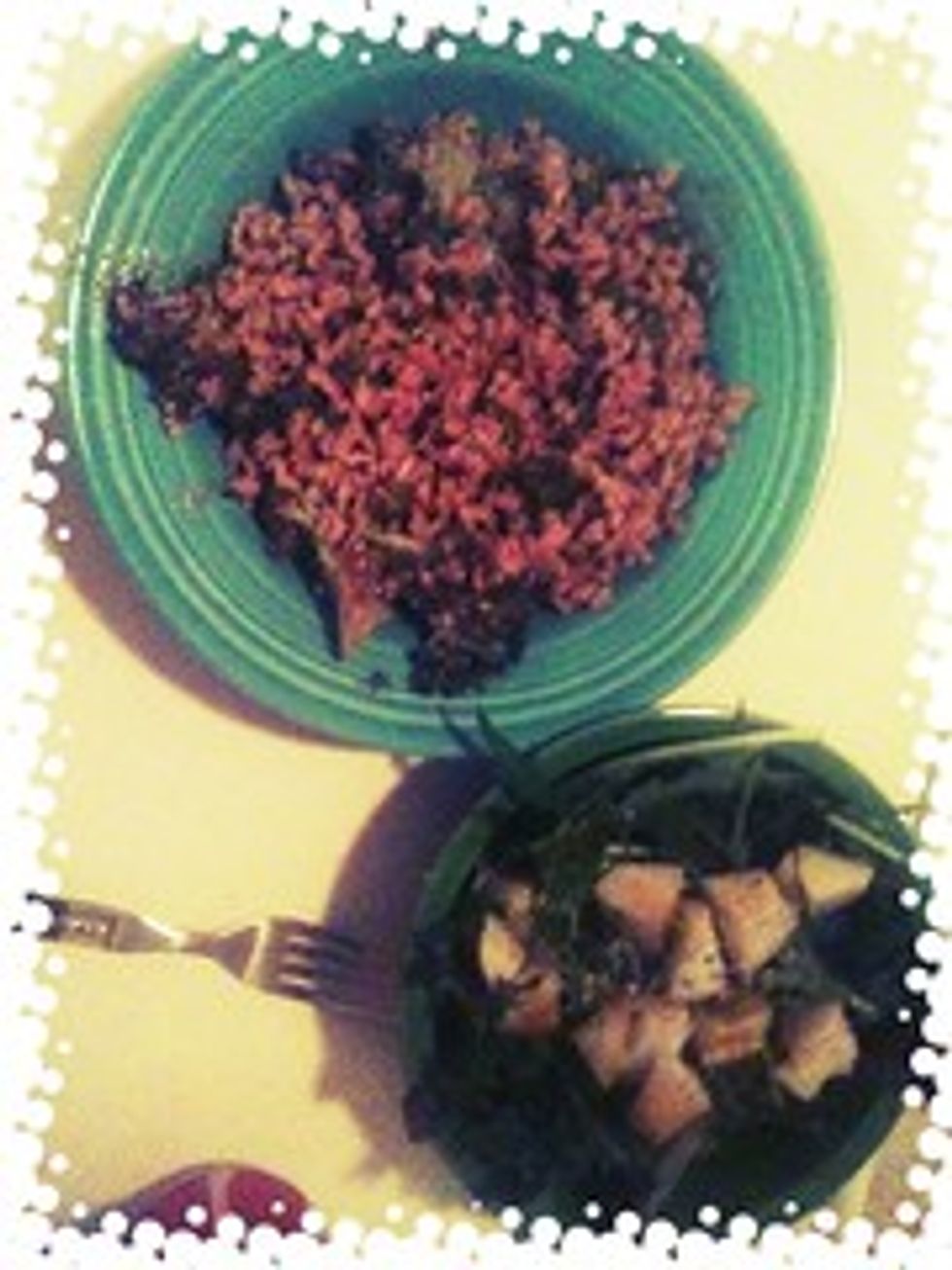 I also discovered that I had one whole pear left in the giant drawer of fruit in my fridge that I’m trying to go through (to which apples keep piling up), so using the mesclun mix and that pear, I made salads.  The pasta and the salads were both dressed with Parmesan cheese.

Because I need to get through apples, I cracked and made an apple crisp, using basically this recipe.

I decided to make sweet potato pancakes using this recipe, except I added some cornstarch and baked them instead of fried them. I topped them with the greens, after sautéing them, and some ricotta cheese. 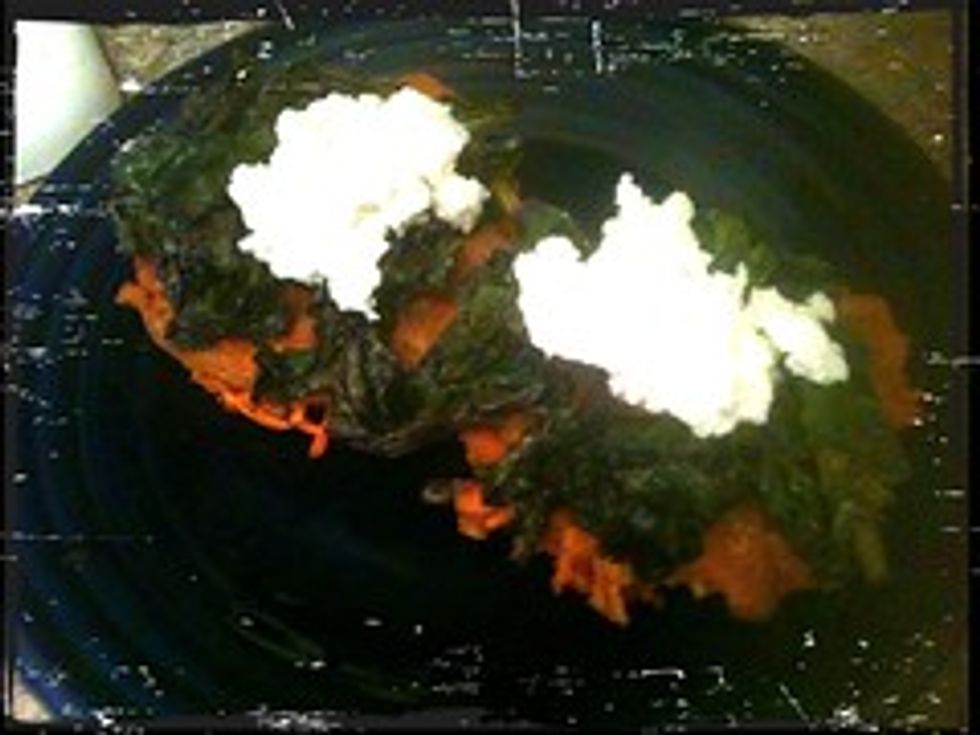 I took the fennel and some farmer’s market squash and made this roasted squash and fennel soup with it.

Used the bok choy and the daikon radish to make a tofu stir fry using this recipe, minus the mushrooms, since I was too lazy to go buy some. Served over rice.