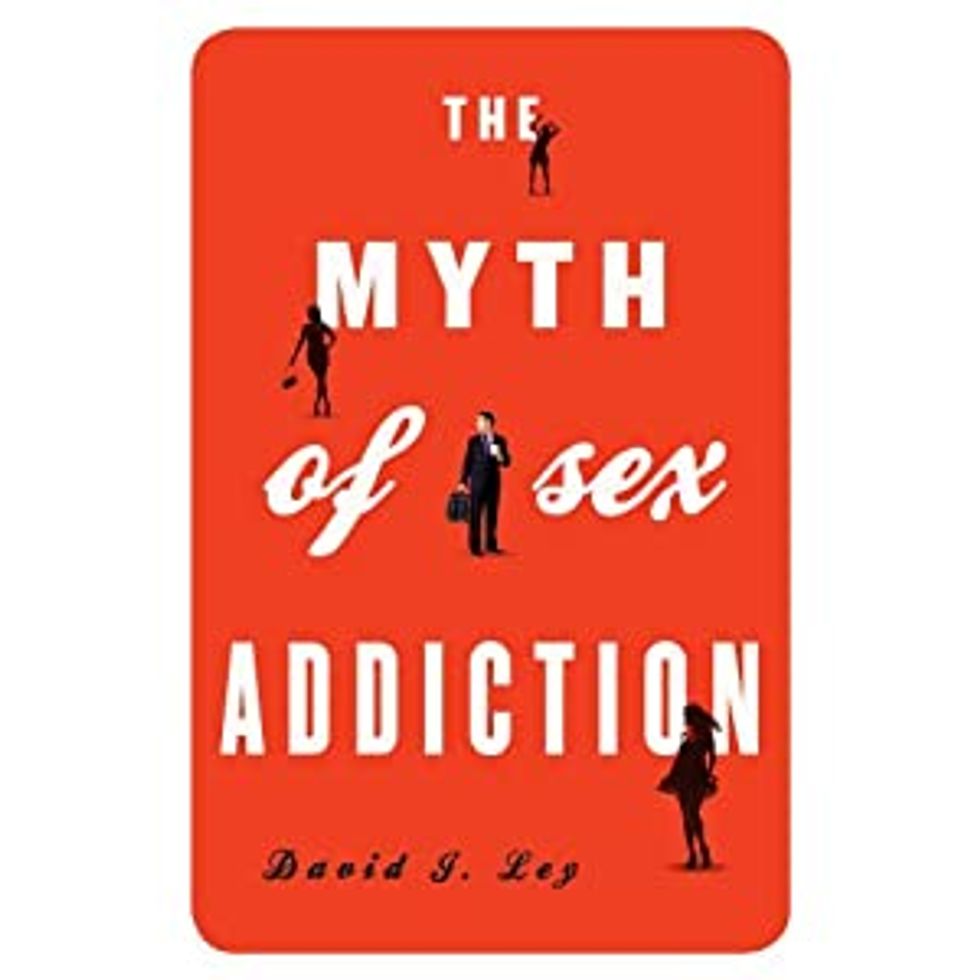 I really enjoyed this sparky interview Tracy Clark-Flory did with David Ley, who has an upcoming book called The Myth of Sex Addiction, which is coming out right after Newsweek did a big cover story on "sex addiction", so lucky him. Good timing, David! I'm a known skeptic of the idea of "sex addiction", which really got its start in Christian right circles and is usually deployed in fucked-up ways, to either shame people who actually have normal-enough sexual desires that simply need healthy outlets or to rationalize cheating behavior, especially male cheating behavior, by casting it as a pathology. In the latter case, society uses "sex addiction" to deflect more serious questions about the role of marriage in our society, and particularly the way that male privilege comes into conflict with increasing expectations that monogamous standards of marriage be applied to men as well as women. In other words, "sex addiction" has grown up in no small part because it smooths over the cracks that have erupted as many men cling to male privilege while women have started to demand equal treatment.

Ley has a lot of intereseting points in this interview, especially with regards to the lack of evidence for sex addiction, the unbelievably low bars set by some proponents for diagnosis (one orgasm a day is considered excessive by some)  and the rejection of the diagnosis by the DSM. I'm intrigued and want to read his book. But I was really sad to read this section:

Yep. Instead of examining the application of the concept of monogamy over a 30- or 40-year marriage, and looking at how male sexuality works, it’s much easier to say: “Well, it’s a disease.” I include a quote in my book where a woman says, “When my husband was cheating, it really was a comfort to consider it a disease and that it really wasn’t his fault. Finally, I had to realize that it wasn’t a disease, it was just him being selfish and treating my life and health casually.” If we look at it as a choice, what changes?

I agree with most of this---and before you panic, I would argue that examining monogamy doesn't mean that you can't make a monogamous commitment at the end of the day---but I pulled a frowny face at the phrase "looking at how male sexuality works". The cure for a patriarchal diagnosis of "sex addiction" is not to re-engage stereotypes about men having a natural baseline of horniness that is so much higher than women's that women can't even understand it. That argument simply returns us to the status quo of demanding marriages where men get to cheat, but women are expected to be monogamous and like it. It also treads into that gender essentialism/evo psych zone, where evidence-free assertions about men and women's "natural" states are asserted instead of proven, and women are expected to just swallow it, even though those arguments always end up pushing in the direction of tolerating mistreatment while having our own desires clipped. Sexual desire is variable as hell between individuals and contexts. I think we can have this discussion without sweeping generalizations about male vs. female sexuality.

It's entirely possible that Ley didn't intend that. He's also written a book about the fetish known as cuckoldry, a topic you can't even begin to understand unless you accept that our sexual desires are incredibly dependent on social context---women's cheating is eroticized in a way that men's isn't, because women's role as being "possessed" by their husbands gives it a much different meaning than men's cheating, which is understood more as a threat to a woman's social status. I'm not judging cuckolds, by the way. I think it's kind of an awesome example of how the human spirit digests toxic social mores and turns them into excuses to get off. But the existence of fetishes like that demonstrate that the ready assumption that men are hornier than women by nature are far too simple-minded to describe our realities and our contexts. As does the stats I'm sure he discovered in his research showing that women's cheating rates are fast approaching men's as our dependency on men decreases.

It's an interview, and I agree with Ley that "sex addict" seems to be a term used to control and rationalize male behavior more than female behavior, so maybe he didn't intend to suggest what it seems he suggested. But I want to caution experts about sexuality to be careful to avoid essentializing phrases or arguments, because doing so creates real problems for real people. I can't speak with much authority to how men who have little desire to sleep around or who have low sex drives are hurt by pressure to be a "player", but I can speak to how it affects women to be essentialized as the less desirous sex. Women who crave frequent sex or who have a lot of partners are pathologized in our society, by others and by themselves. There are people who call you a slut, sure, but there's also the problem of having leering men who think you're a freak and though they claim to be approving of your sexuality, they may make demands on your attention, your time, and even your body because they buy into the same notion that a woman with a high sex drive or openness about her sexuality is open to all comers. In addition, women who find themselves in heterosexual relationships where they have more sexual desire than their partners, whether temporarily or just in general, often take being rejected for sex or being put upon to initiate it most of the time very hard on their self-esteem. If you believe that "men want it more", that he doesn't want it as often as you gets interpreted as "I'm boring" or "I'm unattractive". Because there's very little cultural room to talk about this problem, women in this situation have very little chance at getting relief or setting themselves straight.

Otherwise, yeah: be skeptical of "sex addiction". There's an agenda there more often than not.