Why we don't deserve nice things: Fundies and Halloween edition 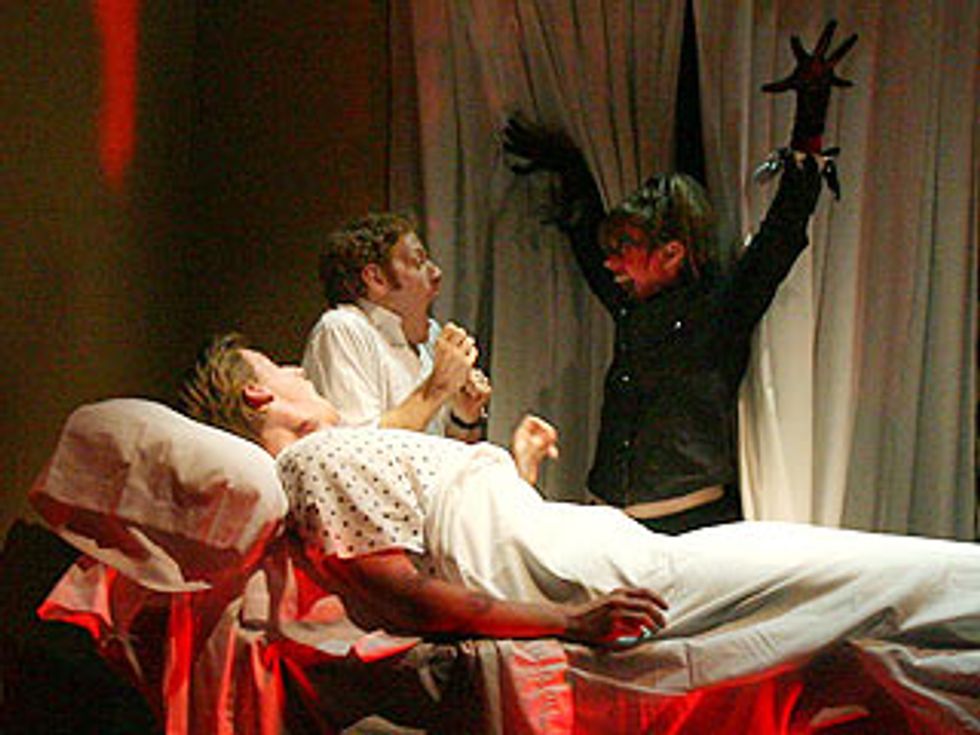 Every year around Halloween, it's important to have a post explaining the ridiculous and seemingly growing fundamentalist hostility to the holiday, which they consider too fun demonic. And then after waging actual war on Halloween, these fucktards then go on Fox News and cry that we're trying to kill Christmas with innocuous phrases like "Happy Holidays". That America allows this sort of thing to continue happening demonstrates why we don't deserve nice things. Oh sure, some of us bloggers out here make fun of it, but on the whole, the whole "fundies are trying to destroy Halloween" crap doesn't get the attention it deserves. I mean, just for sheer comedy value, their belief that trick-or-treating invites Satan into your home should be enough for coast-to-coast cackling until they retreat in shame. But mostly, anti-Halloween sentiment gets no coverage, even though it's a) real (unlike anti-Christmas sentiment) and b) surprisingly widespread.

How widespread? Well, I think it's the primary reason behind this story:

Yale University researchers have looked into whether there are increases or decreases in cesarean section births on holidays. They found a 12 percent increase in "c-section" births on Valentine's Day and a nearly 17 percent drop on Halloween.

Emphasis mine. The first one can be explained by a combination of sentimentality and the stress of having to give birth during the coldest month of the year, I'm sure. Plus, you may have an eyeball towards making sure they get badass birthday gifts as a grown adult with a romantic life.* But the Halloween thing? What kind of horrible monster would deny their child the chance at being born on Halloween? I mean, think of the lifelong advantages of having your birthday fall on the best holiday of the year! You get to eat cake and candy. Your birthday party is always a costume party. No one ever forgets your birthday, plus they give you cool macabre stuff as presents. It's a popular holiday, but it's not a religious one or a present-oriented one, so it doesn't overwhelm your birthday. It's like hte opposite of having a Christmas birthday, which is the worst birthday to have, unless you have a family that doesn't celebrate Christmas at all.

So what kind of monster are you to deprive your child? Well, you're probably a fundamentalist Christian who believes in demons, that's what kind of monster. Depending on your measurement, conservative evangelicals are 14% to 35% of the population, a solid enough chunk to completely explain this 17% drop in C-sections on Halloween.

Of course, some fundies are going beyond just being scared assholes about Halloween, and openly trying to combat it. How? Well, apparently by locking people up in houses and showing them blatantly false representations of how abortions are performed. I know; that hardly seems like a good way to stomp out the practice of wearing costumes, being a little drunker and sexier (for adults) for a night/trick-or-treating (for kids), but with fundies, all roads lead back to the grave evil that is women being able to say what happens to their own bodies, no matter how not-sorry they are that they touched a penis. So it goes:

Ybarra tells KTRK that while the tickets came with a vague warning about graphic images, like you'd see at any event featuring wounds applied with spirit gum and buckets of fake blood, there was no indication that it was hosted by Potters House Christian Fellowship Church — or that it contained disturbing depictions of what the church considers evil acts. Ybarra says that inside Hell House,

"There was a young lady lying on a gurney, and two nurses. And one of the nurses was reaching into the lady and pulling out a bunch of gunk, and throwing it on the floor."

She felt the scenes were too "realistic" (though safe and legal abortions obviously don't involve guts being thrown about the room) and quickly asked to leave, but she was told she had to stay and go through the whole house due to safety concerns. Good thing she wasn't having a heart attack.

Hey, when you're dealing with people who want to control what women do with their uteruses, don't be surprised if they think it's acceptable to hold you against your will and be subjected to their hysterical attempts at proselytization.

Anyone ever notice how evangelicals and time share salesmen have the same M.O.? Lure you into an enclosed space under a false pretense, use social pressure and  a whiff of physical intimidation to keep you from leaving, hit you up with the hard sell? It's pretty despicable. Though I suppose if they'd done this to Ybarra in service of hitting her up for sex instead of hitting her up with some Bible-thumping, we could expect a hearty defense of this tactic from many in the dudelier sections of the atheist community.

*This is not an endorsement of Valentine's Day, which I consider a foul holiday that I've come around to boycotting. You might as well call it Single Shaming Day or Our Love Can Never Measure Up Day. It functions in the same way photoshopping impossible proportions on fashion models does: to fill you with shame for not being good enough (which is impossible by the standards set) so you buy more shit.