A surge of santorum sheds light on the irrelevance of Iowa 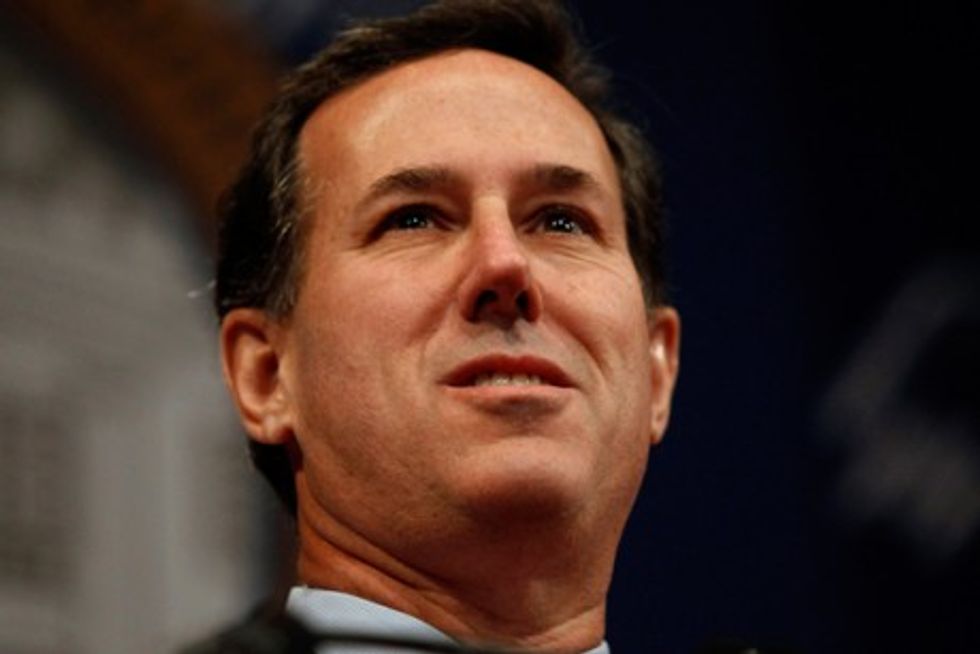 Right on schedule, Rick Santorum is getting a push in Iowa amongst people who probably don't know how to use the googles anyway. He's polling at 10%, but as Steve at Salon explains, a bunch of evangelical leaders have endorsed him, which might put him over the top in Iowa. It's important to remember that while Iowa wingnuts are wingnutty in all the usual ways, they prioritize "bitches ain't shit" way more than the Republican voters do in other states, and so Santorum's puppy dog-like excitement for portraying women as life support systems for uteruses and nothing more will probalby help him in Iowa. It's the main reason that Huckabee---who was less noisy in his opposition to contraception than Santorum, but who still was perceived as the most gleefully misogynist Republican contender last time around---won the caucus. Perhaps next cycle, we'll see a candidate who has supported legislation to paint scarlet letters on sexually active women's clothes pull ahead in Iowa.

I just don't see why there's so much fuss over Iowa. Yes, it's the first game of the season, as it were, and sports fans are always eager to get this shit going already, but whoever wins Iowa doesn't really matter, does it? Huckabee won last time, and then went nowhere. Iowa is just a many month battle for Republicans to compete for the title of Who Hates Women the Most. Honestly, I'm surprised it's not Bachmann's turn again, since she adds an extra-special layer of bile to the misogyny Olympics in a sea of guys whose sexism is rooted in a bit of cluelessness. Skepticism that women really need protection against cervical cancer is just special when it's coming from a woman who has had to endure the banal indignities of gynecological care and knows what a nightmare even having pre-cancerous cells could be. The rest of them have a solid dose of "don't know/don't care". If you're really mired, as the Iowa Republicans are, in the notion that any use of the vagina for anything other than pushing out babies is seriously wrong and needs to be punished severely, you'd think that Bachmann's willingness to go there, even though she has a much better idea of how serious that could be, would do it for you. But maybe anxieties about voting for a woman are drowning that out.

Point is, a little ritualistic fealty to the gods of fucking over the ladies, while disgusting, doesn't seem to have that much of an impact on who eventually gets the nomination. I'm a little inclined to wonder why we all care so much about the Iowa polls. Romney's going to have it in the bag after South Carolina, I'm sure.

I'm just going to say Tim Pawlenty should have hung in. He would have cleaned up in Iowa, and maybe that would have meant something for once going on to the primaries that matter.