Breitbart proves once again to have no real moral center, as it's commonly understood by humans 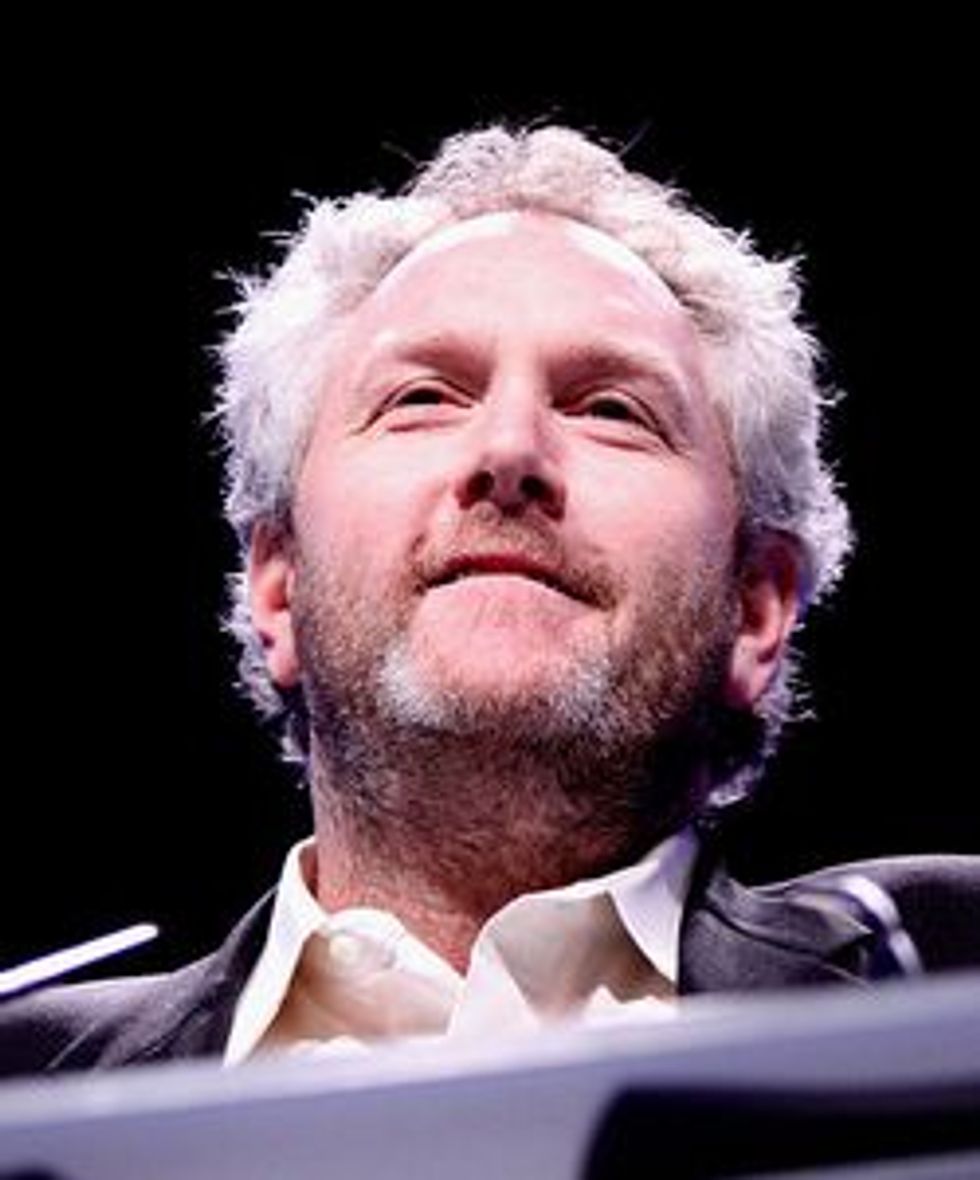 So the fallout from Rick Perry's "Strong" ad has been, if anything, as delightfully strange, hateful and batty as the ad itself. In retaliaion for the bigotry on display in the ad, the gay Republican PAC GOProud decided to out one of Perry's advisors, Tony Fabrizio. This has so upset Andrew Breitbart, who I was surprised to find out is on the advisory council of GOProud, that he made a big public stink about resigning from said advisory council. In doing so, Breitbart demonstrated that he is quite possibly the most shameless liar in all of Conservative Land, which is much like being the stinkiest turd in a litterbox. His mother must be so proud. Seriously, read this shameless bullshit he wrote to explain his decision:

It is with sincere regret that I announce I must step down as a GOProud advisory member. On numerous occasions I have spoken with [GOProud leaders] Jimmy LaSalvia and Chris Barron of the significant impact the practice of “outing” had in my evolution from the political left to the right. I was under the absolute impression that both agreed. I have a zero tolerance attitude toward the intentional infliction of vocational and family harm by divulging the details of an individual’s sexual orientation as a weapon of political destruction.

GOProud is saying that Fabrizio was already out, but that's neither here nor there. What I love is how Breitbart can't breathe in and out without involving shameless lying. Don't let the fact that he got lucky on the Anthony Weiner thing distract you. This statement is pure fabrication. First of all, is it just standard now for conservatives to make preposterous claims about how they used to be liberals? The way they carry on, you'd think there wasn't a conservative in this country prior to 1980. But more importantly, Breitbart puffing up about the evils of inflicting vocational and family harm on people with outing is just, yeah, no. Like Brandon Thorp at Towelroad writes:

Why does Breibart feel so keenly for the family and wallet of Mr. Fabrizio after displaying nothing but contempt for the families and wallets of the working-class ACORN staffers he and his pal James O'Keefe so willfully misrepresented back in 2009? And why didn't he feel any sympathy for Shirley Sherrod, whose career he attempted to destroy with baseless charges of racism? Those individuals actually lost their jobs, which so far Fabrizio has not, and the ACORN workers didn't even have any fancy beltway connections to help them land on their feet.

Perhaps in Breitbart's world, those cases don't count. After all, the accusations he leveled at those people were lies constructed with the magic of film editing. So maybe in Breitbart's mind, it's okay to destroy someone's life as long as you do so by saying a bunch of stuff about them that's not true. So, maybe if GOProud had claimed a straight man was gay, that would be okay by Breitbart? That's much closer to how he usually works.

Oh wait, that can't be true, either. After all, Breitbart gleefuly rained "vocational and family harm" on Anthony Weiner by outing him as a guy who crudely flirts with young women online. In that case, the accusation was true, and Weiner lost his job and is apparently struggling to heal his marriage.

Hmmmm..... So it would seem there's no consistency or logic here. Breitbart is just a self-serving, dishonest sleazeball who mouths the kind of words that people who have morals might say, but he certainly doesn't mean them.

The irony here is that Breitbart's supposed moralistic stand is being taken on something that is far more murky, morally speaking, than lying about someone in order to get them fired, which is his usual M.O.  Plenty of people, including myself, support outing people who make a living exploiting homobigotry while having gay sex. It's about equality and justice, and especially about outing hypocrites. Maybe that's what Breitbart didn't like about GOProud's move; it smells too much like the right thing to do and he can't abide by that.