Do parents really need to know everything? 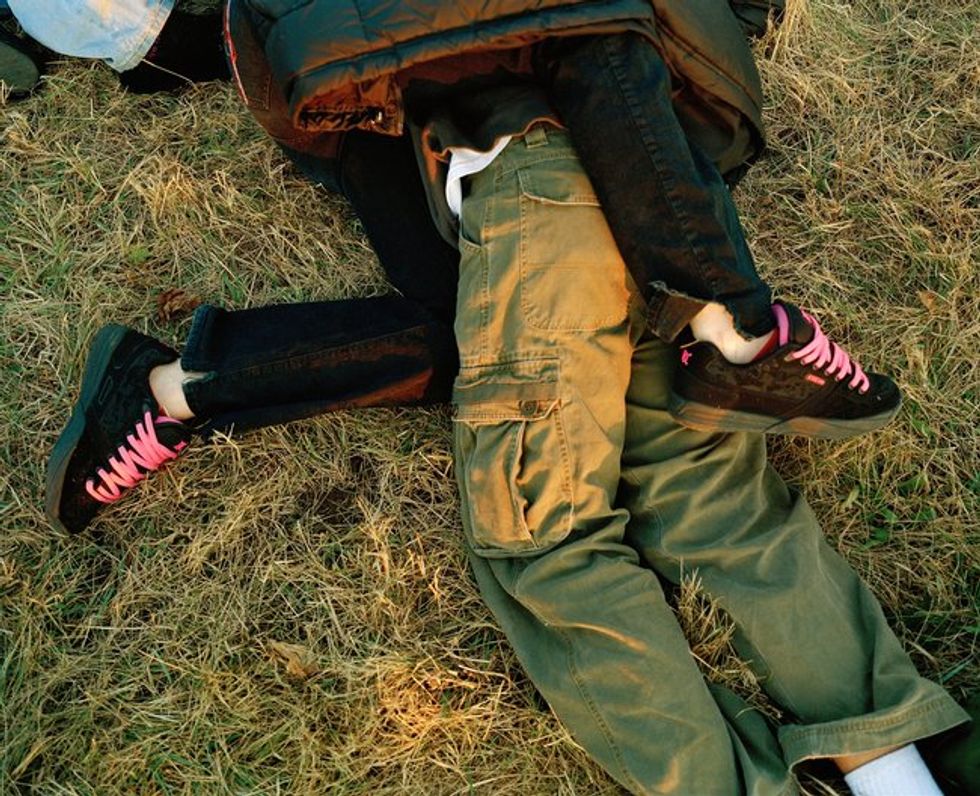 One argument in defense of Sebelius's decision on Plan B is really starting to grate on my nerves, so at risk of running this topic into the ground, I'm going to have to vent on this. Michael Tomasky makes a good point---similar to mine from earlier---that Obama was playing less to the right on this issue than to parents, some liberal, who believe that their children (well, daughters) should be subject to strict parental controls and have no sexual privacy.  The difference in our positions is that Tomasky thinks this is a good thing, and I think it's awful. Tomasky:

But it seems to me that there is a fair issue here, and it has to do with parents having a right to know about and be involved in what their kids are up to. You simply don’t have to be a right-winger to have concerns about your 14- or 15-year-old daughter having easy access to such a pill.

And he follows with:

In an ideal world, parents would rationally support the idea of their daughters having every means available to them to correct an error (or, obviously, to override a violation) that happened a day or two prior. But parents don’t always think rationally about these things.

Yep. Parents don't always think rationally. That's why the whole notion that parents are entitled to know the extent of their child's sexual experimentation is inherently flawed. It's become a real truism of the debate over teenage sexuality that parental knowledge of the sexual activity is inherently a good thing, with an exception carved out for abusive parents. But I've never seen a shred of evidence that the input of parents who have an across-the-board hostility to sexual intercourse for minors is actually valuable. There's plenty of evidence that parents who are understanding and supportive of high school kids having sex can be good for kids, but I haven't seen any that suggests that there's a net positive if a teenage girl who is sexually active is outed to disapproving parents, unless she's being exploited, of course. But most sexually active teenagers are actually pretty boring. Most of them are in age-appropriate, consensual relationships, often with some kind of commitment. I fail to see any value in invading their sexual privacy.

The "parental argument", as I'm calling it, is basically that Plan B should be made available to younger women only with a prescription because doing so means a girl who needs it will have to out herself as sexually active to her parents. This argument is bad on a number of fronts. First of all, it's a red herring. The law doesn't require you to talk to your parents, but to a doctor, who is legally required to protect your privacy in most states, unless you're being abused. True, many teenage girls may not know that, but I think parents are kidding themselves if they think those girls are the majority. The first girl to go to Planned Parenthood and get birth control without her parents will spread that knowledge through her peer group with rapid speed. Second of all, it's a blatantly sexist argument; I haven't seen a single soul, including Tomasky, making it even consider the question of condoms, which are legally available without age restrictions in all 50 states. Plus, they're infinitely less hassle and cheaper than Plan B, meaning that if you think there's some inherent good to minimizing the frequency of teenage sex, then condoms should be a greater concern. (Though let's be clear here; lack of access to contraception has been repeatedly shown to have little to no impact on the amount of sex young people have.) The only reason possible that condoms don't come up is pure sexism; Plan B provokes anxiety about female sexuality, and the stereotypical (though not actual) image of who has condoms on their person in high school is male. Fill in jokes about the condom-shaped wear on the leather wallet, etc.

But most of all, the flaw is in assuming that there's intrinsic value to outing a girl who is having sex to her parents, with the exception of abuse. But if you think about this argument, it assumes a lot that is not proved by a long shot. So, let's walk through the standard, non-abuse discovery of sexual activity of a 15- or 16-year-old, which are the ages when the percentages of kids having sex grows rapidly. (Contrary to hysterical assumptions, younger teenagers just aren't doing it that much.) People who are making the parental argument are literally assuming that a tearful girl comes forward to her parents and confesses shamefacedly that she's been having sex with her boyfriend. Yelling, crying, and recriminations ensue. She gets her Plan B, but is perhaps grounded and her parents are very disappointed in her. They may or may not have a conversation about birth control going forward, but at every point in this process, her choice to have sex is considered less than ideal.

What does this solve? How does this standard American situation improve life for anyone involved?

It doesn't. The girl is highly unlikely to give up having sex, though now she may decide to be sneakier about it. She'll probably be defiant and feel her parents don't understand her; she will be right to think this. She may, correctly, see them as hypocrites, because they probably had sex as teenagers (that being what teenagers do), and it worked out well for them, but now they're going to punish her for the same. She's going to start counting the days when she can get out of the house with these unreasonable people and have a place of her own, where she can do what she wants. Meanwhile, the parents also have a worse go of it. If they really have absorbed prudish attitudes, they may think less of their daughter, even though she hasn't actually done anything wrong. Even if they are just typical American hypocrites who remember their own sexual debuts fondly while enacting hostility towards their daughter in the same situation, they're going to feel weird and out of sorts. They'll always feel that there may be something else they should be doing to stop the sexual activity. They may worry that they failed somehow. They may want to offer advice, but it's going to be filtered through the assumption that youthful sex is bad, and so it's probably not going to be good advice.

Kids really do need their privacy, for the same reason that adults do. Even though I'm a grown ass adult and there's no shame or recriminations there, I don't talk about my sex life with my mom as a general rule. Because there's no value in it. Everyone's just happier minding their own damn business. I personally think there's a lot of value in letting teenagers spend their high school years gradually gaining rights and responsibilities---including sexual privacy rights and responsibilities---instead of simply dumping them into adulthood at 18 and expecting them not to get overwhelmed. This is another reason I support comprehensive sex education in schools.  I see no reason to believe that information "should" come from parents. Even the most well-meaning parents are going to be embarrassed and conflicted. It's better for everyone involved if kids have a place outside of the family to really talk about these things without being afraid of getting grounded or making their mom cry.