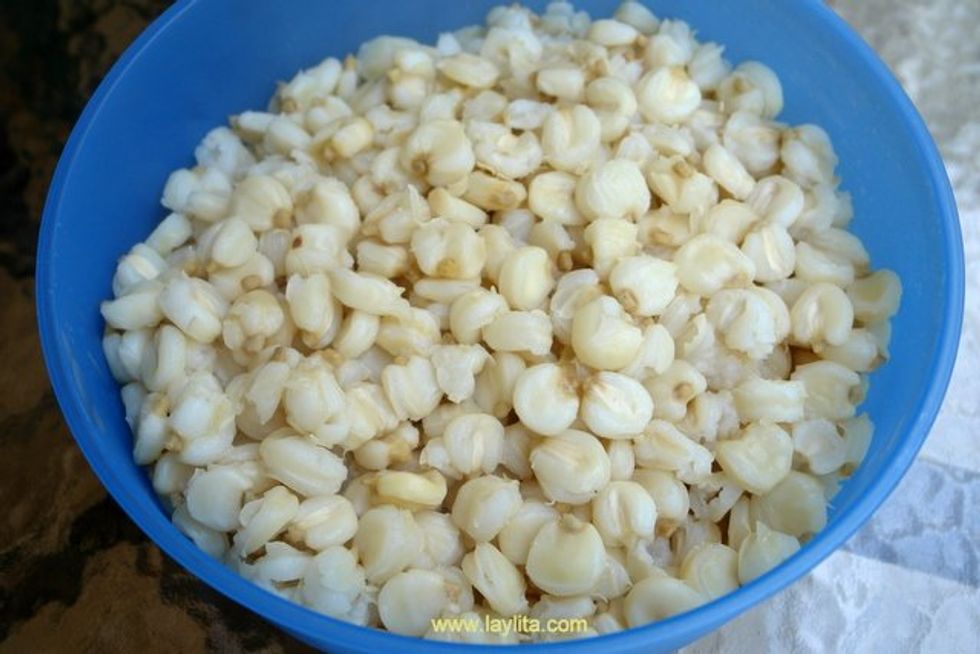 Now that the CSA is over, I may not be food blogging as much, and I'm definitely going to take a break from chronicling what I cook. But I still have thoughts and ideas on food and figured this would be a fun space for others to continue sharing ideas. I realized one thing I want to do now that the CSA isn't dictating what I cook as much is spend some more time making vegetarian or vegan versions of some of my favorite Tex-Mex. I mean, I make a lot of beans and tacos as a general rule, but there's some more specialized things that fall by the wayside during CSA months that I can spend some time on.

Tex-Mex has a lot of dishes that are surprisingly easy to make meat-free, or even animal product-free. For instance, one of my favorite dishes growing up, posole, which is a Mexican stew you eat with tortillas. There's a number of ways to make posole, but the traditional versions tend to be based around pork and hominy. I make a version that replaces the pork with red beans, and it's insanely good. Turns out that the hominy was really the key to making posole work. I googled around and found a version of posole that's a lot like mine. Take this recipe, remove the cheese, and replace half the hominy with red beans. I prefer this vegan version, because getting the cheese out of the way allows you to really enjoy the spices and the hominy. You can serve it with either steamed corn or flour tortillas. On the whole, I prefer corn over flour tortillas, but tonight we're going to go with flour, just to mix it up. (Though the new rice cooker/veggie steamer my mom bought me for Christmas is the perfect shape and size to steam corn tortillas, so perhaps I'll be doing that more often.) While I won't deny that my mom's posole made with pork is some great stuff, I really do feel that the vegetarian version stacks up nicely, and it doesn't have that grease that floats to the top and can make your stomach feel less than pleasant if you're like me and tend to woof it down.

Do you have a favorite dish you successfully converted to vegetarian? How did you do it, and how do you feel it compares to the meat version?