Michele Bachmann is working for "The Daily Show" 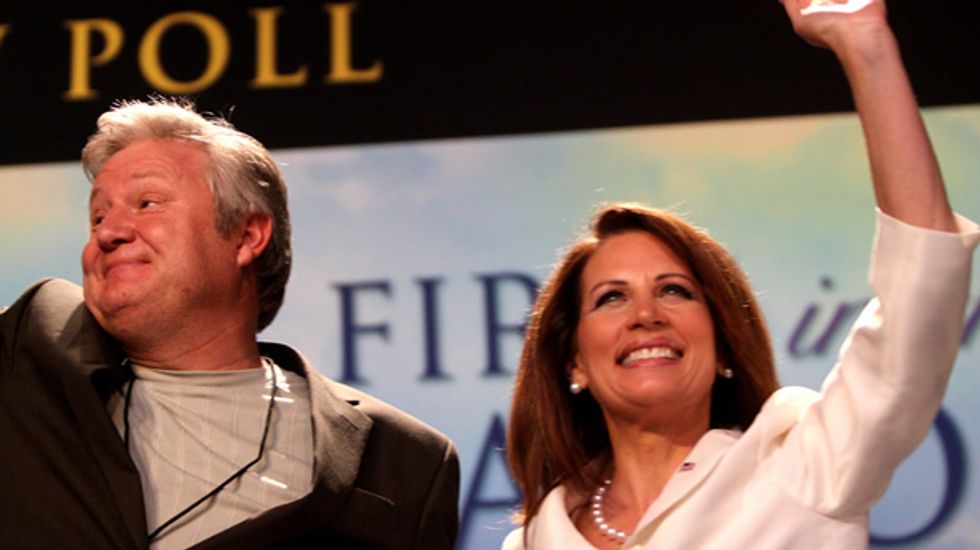 It's the only explanation. Because I refuse to believe someone could be this impervious to the joke implications of this. But in case she really doesn't get it, I made a list.

2-5) Rinse and repeat until you realize that Jon Stewart is peeing himself with delight right now about the possiblity of running more clips of the fat guy on "Modern Family" dancing.

Look, I'm not interested in the debate over whether or not it is, in itself, homophobic to suggest that Marcus Bachmann "acts gay". I agree with the critics who point out, rightly, that a lot of straight men act in stereotypically feminine ways and lots of gay men don't. But I think that while folks like Dan Savage and Jon Stewart might be more cautious about flinging accusations of closeted queerness around based on flimsy evidence, they do mean well, and they aren't wrong that a lot of gay people in conservative environments spend their entire lives in the closet. They just should make that point in a more thoughtful, less opportunistic way.

But that debate is utterly irrelevant to the stupidity of this. The cat is out of the bag, the insinuations have been made, and Bachmann has to know that. So to suggest, literally, that gay people should simply set up sham marriages and hide in the closet their whole lives is not only mean, but profoundly stupid. It's crystal clear proof that she's too stupid to be put in charge of Baskin Robbins, much less the entire country.