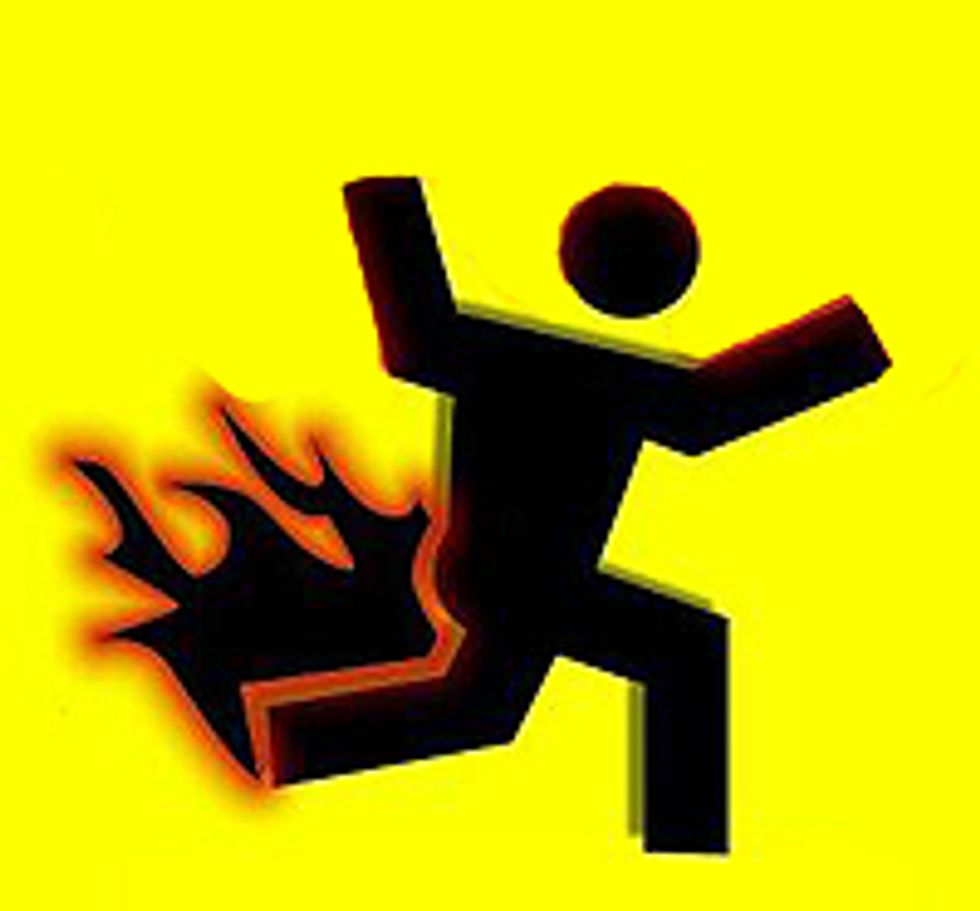 Politifact bills itself as a site dedicated to correcting the lies that come out of the mouth of politicians and political operatives. It's a great and necessary service. The problem with it, as you can imagine, is that the field of liars is so tilted to the right that if Politfact did an honest and thorough job, they would basically read like Media Matters, except focused on politicians and not media. This shouldn't be a problem, I would think. The right does the vast majority of the lying, and if you want to do a good job at being a non-partisan fact checker, you have to grow up and accept that. But Politifact, for whatever reason, is infected with a strong case of Bothsidesdoit. I don't know if it's a matter of avoiding a tax situation or if it's just that they've bought into the mainstream media fear that accepting reality will make them look "partisan", but either way, they have an ugly habit of dishonestly exaggerating the extent to which Democrats lie to make things look more "even". This is really evident in their contest for the 2011 Lie of the Year. The Republican lies all deserve to be runaway winners: that Planned Parenthood basically does nothing but abortions, that the HPV vaccine will make your kids retarded, that global warming isn't real and doesn't have scientific consensus behind it, that the economic stimulus created no jobs.

But the "lies" they grabbed from Democrats to make it look more even and avoid accusations of partisanship? Well, the problem is that they mostly aren't lies. They may be hyperbole or over-simplifying, but nothing---not one---comes even within spitting distance of even the most mild Republican lie. They stretch so hard to find Democratic "lies" that they literally cite people blathering on Facebook and try to equate that with Rick Perry telling people that scientists are abandoning the theory of climate change. I'm not kidding. The most mild Republican lie they cite is that President Obama "went around the world and apologized for America," which was dropped by Romney, and I deem the most mild because it's vague enough that you could really stretch and find a way to rationalize it. Not a single Democratic "lie" uttered by a politician even comes close, and in fact most of them aren't even really "lies" by any normal sense of the word.

*Obama's claim to be the first administration that has done a comprehensive review of regulations and cut them. This is by far the biggest lie they dig up on the Democrats. And that's fine; Obama lied. Or at least didn't bother to look up the history before making claims about his bureaucratic prowess. They get to use it. But here's my question: is this really a competitive-level lie? By putting this lie into the finalist list, many others have missed the cut, from Perry saying that he hasn't seen Obama's real birth certificate (i.e. claiming that what Obama released in May is suspect, when it's not) to Herman Cain claiming China doesn't have nuclear weapons.

*The Democrats' claim that Republicans want to end Medicare. This isn't a lie. Politifact really streeeeeetches by using the fact that Republicans merely want to end Medicare gradually by cutting off anyone under 55 from ever receiving Medicare coverage. If Democrats said, "Republicans want to end all Medicare starting tomorrow," then that's a lie. But the fact of the matter is Republicans offered a plan to end Medicare, and saying so is not a lie. Politifact also tries to suggest that pushing people off Medicare and requiring them to buy private insurance with government vouchers isn't ending Medicare. That's like saying kicking kids out of school but giving them a few free textbooks isn't ending public education. You don't get this one on a technicality; you're lying to cover up the radical nature of the Republican plan.

*Debbie Wasserman Schultz claiming that voter ID laws are a return to Jim Crow laws. Basically, Politifact's argument against this could be used if you brought back any kind of Jim Crow law without bringing them all back, which is, sure, it's basically Jim Crow, but it's not as bad. I'm not kidding! They basically argue that since a smaller percentage of minority voters will be disenfranchised, we all have to pretend the intent and the methods are not the same. They straight up claim that new voter ID laws aren't racist, which is a judgment call and not a matter of fact. And one that's very easy to argue down, since the naked racism behind many voter ID laws is not that hard to see. Many Jim Crow laws also pretended to be race-neutral, but history has judged them correctly as racist. C'mon, Politifact. Even bringing back a percentage of Jim Crow laws is unacceptable. Certainly it's not true that it's a lie to characterize something as "Jim Crow" when it is, in fact, a deliberate attempt to disenfranchise minority voters. At best, you get to whine about "tone", but being forthright in your speech is not lying. In many ways, it's the opposite of lying. They're dinging Wasserman Schultz for being blunt, and that's a much different thing.

*They claim that Obama's claim to not have raised taxes as President is a lie. This one is just sad, it's stretching so hard. The claim is that Obama lied when he said, "I didn't raise taxes once. I lowered taxes over the last two years." They just plain ignore the last one, because admitting the tax holiday that Obama gave on payroll taxes and admitting that he extended the Bush tax cuts makes this claim sound incredibly solid, and they want to make him sound like a liar, in order to appear non-partisan. So they focus strictly on the first part, even pathetically going so far as to claim that a new cigarette tax and a tax on tanning bed is "raising taxes", as if anyone really gives a shit about that. They also do some three card monte with health care reform, trying to claim that the tax penalty for not buying insurance is "raising taxes", when what it is would be better described as a tax penalty. The only thing they got on him for real is the slight tax raise on the wealthiest Americans to pay for health care reform---an additional .9% tax raise on people who make over $200,000 on their Medicare taxes. That's a legit tax raise, but it's inconsequential enough that I really don't think this lie rises to the level of biggest lie of 2011. It's not even in spitting distance of claims that Obama wasn't born here---which again, weren't even nominated---or claims that global warming isn't real or many of the various accusations leveled at immigrants that are simply untrue.

Shame on Politifact for pandering so much. If they want to be considered a beacon of honesty and truth, they need to start at home.  Right now, they're basically saying that if a Democrat claims to have $2 when he really just has $1.99, that's the same lie as if a Republican says he has $2 and in fact he's got two nickels and a penny. That's some shameful shit right there.