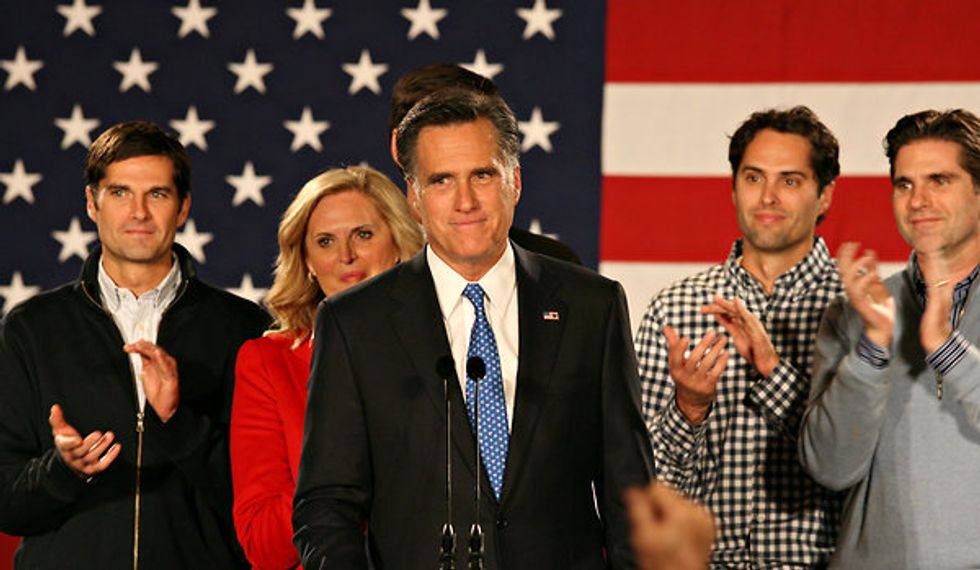 1) Mitt Romney was going to win the nomination no matter what. Iowa is a clown show, and at best it just delays crowning Romney the winner. By winning Iowa, he just gets to victory even faster. That means that the Obama campaign gets a head start. Now that the last bit of uncertainty has been removed from this race, Democrats and the Obama campaign can start campaigning directly against Romney. They need the extra time, because the one downside to all this is Romney looks more moderate and reasonable than he is, and the Obama campaign needs to make the case to the public that he is not.

2) However, Romney won by a mere 8 votes. The Republican base already doesn't like him, and a close finish like that isn't going to do him any favors with those voters. Sure, the "screw you" they were trying to send to him was merely symbolic, but that they very nearly got to say it and then were defeated by such a narrow margin has got to be demoralizing. November is a long way away, but there's a chance that evangelical voters are going to nurse this grudge and it will suppress turnout in November. They're not known as people who let go of anything easily, after all.

Even Romney seems to realize this wasn't exactly the best outcome for his campaign. Look how sad he is!

So, well done, Republicans. When you shit the bed, you really make sure to unload. While I'm still alarmed at how the Tea Party nonsense did manage to move this country to the right, the good news is that the Tea Party branch of the party also introduces chaos into the Republican machine. And since the Republicans can't really win on the merits of their arguments, they really, really need a well-oiled campaign machine. Happy to see the Tea Partiers gumming up the works.