The anti-choice fight for dog-women

Yesterday was the anniversary of Roe v. Wade, and while it's good news that you can still get an abortion in all 50 states in this country (sort of), the fact of the matter is that we've lost a lot of ground. Legally, for one thing, but psychologically as well. I examine the problem at RH Reality Check, talking about how people are growing more accustomed to the idea that female sexuality is male property. Depressing stuff, but it's important to realize that this battle is not and has never been just about abortion. It's about women's rights and women's roles, and whether we should be full citizens or be managed and controlled by fathers, husbands, ministers, etc. Which is why I loved the picture that the New York Times chose to illustrate this story about the growing acceptance of anti-contraception views amongst Protestants. 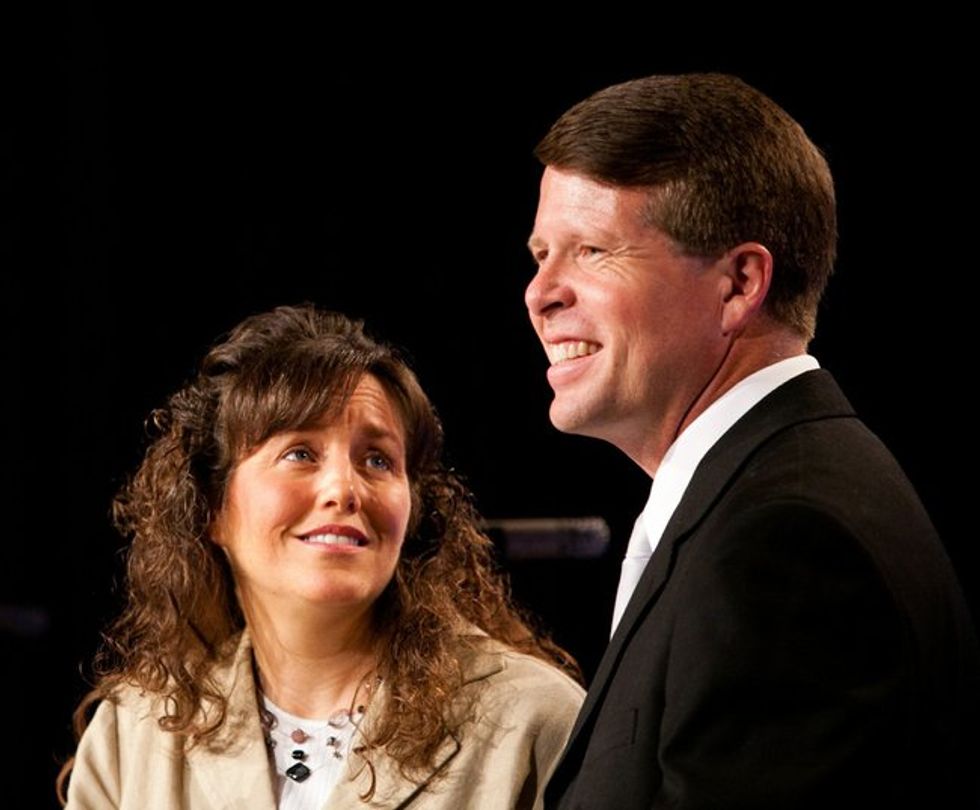 In a single image, we get what anti-choicers believe men have lost, and what they believe stripping reproductive rights will return to them: Woman as pet dog.

We don't even get the dignity that cats get, in their worldview. No wonder they don't care if Gingrich told his second wife she should just put up with the third one. Your dog doesn't get a vote when you get a new dog.

Some feminists tend to dismiss everything anti-choicers say out of hand, but what I think is interesting is that they're often quite right on the facts of what reproductive rights mean for women, but they're just wrong when it comes to their beliefs. For instance, this passage in the Times piece:

As Dr. Paris suggests, much of the new birth-control skepticism comes from the suspicion that contraception is allied with more nefarious practices. In the 1970s, abortion became a central issue for evangelicals; now some worry that the kind of woman who controls her fertility is the kind who would abort an unwanted fetus. Antifeminist Christians worry that secular culture both encourages women to take the pill and leads them into the work force.

There's something a little strange about the distancing language the writer, Mark Oppenheimer, uses here. I would say that it's encroaching on the status of "indisputable fact" that contraception makes it easier for women to enter the work force. I would also argue that they're not wrong to believe that that exceedingly rare women who "doesn't believe" in contraception is probably not going to have an abortion when she gets pregnant. The problem is that they extrapolate incorrectly from there, assuming that taking away women's contraception will somehow magically make them feel more passive and accepting of the idea of constant, forced childbirth. The data shows the opposite, that the more hostility there is to reproductive rights, the more abortions there are, because more women are facing unwanted pregnancies. Simply enshrining one set of values into law doesn't magically make the population agree. Anti-feminists know this very well, since they adamantly resist laws that reflect women's equality. The problem here is their woman-as-dog model doesn't allow for understanding that women have minds of their own, and so they tend to think that simply demanding it will get instant, dog-like compliance. You see this a lot with antis who wave off your questions about the inevitable black market that arises when abortion is illegal; they have convinced themselves women only seek abortion because women are dumbly following orders, and they'll change when they're given a different set of instructions.

What Oppenheimer doesn't talk about. but that picture illustrates so well, is what anti-feminists really feel is lost with what they call "contraceptive culture": men's god-given right to have a woman---perhaps several (though in a row, mostly)---who follow them around, worshipping their every move, submitting completely and joyfully. I suspect this fantasy never was a reality, but I suspect a lot of Christian fundamentalists have convinced themselves that giving women the power to say "no" to men is what made us so maddeningly unwilling to play the supplicant. No to sexual overtures, no to marriage, no to demands that we wait on you, and most importantly, no to letting your magical seed plant itself in our bodies whenever it wants. That's why I believe that modern conservative Christians don't worship Jesus so much as Sperm Magic. The last few paragraphs of this piece makes that clear:

So I asked Mr. Surratt if Mr. Santorum would have any trouble getting into heaven. His answer confirmed that for today’s conservative Christians, the differences between Protestant and Catholic have gotten narrow indeed.

When the differences between fundamentalist Protestants and Catholics were about things like the worship of saints and transubstantiation, well, there were real differences there. Now they're coming together to worship their true god---Sperm Magic---in basically the same way---fighting against women's rights---and so there aren't any theological differences to fight over. The chumminess that follows is predictable enough.