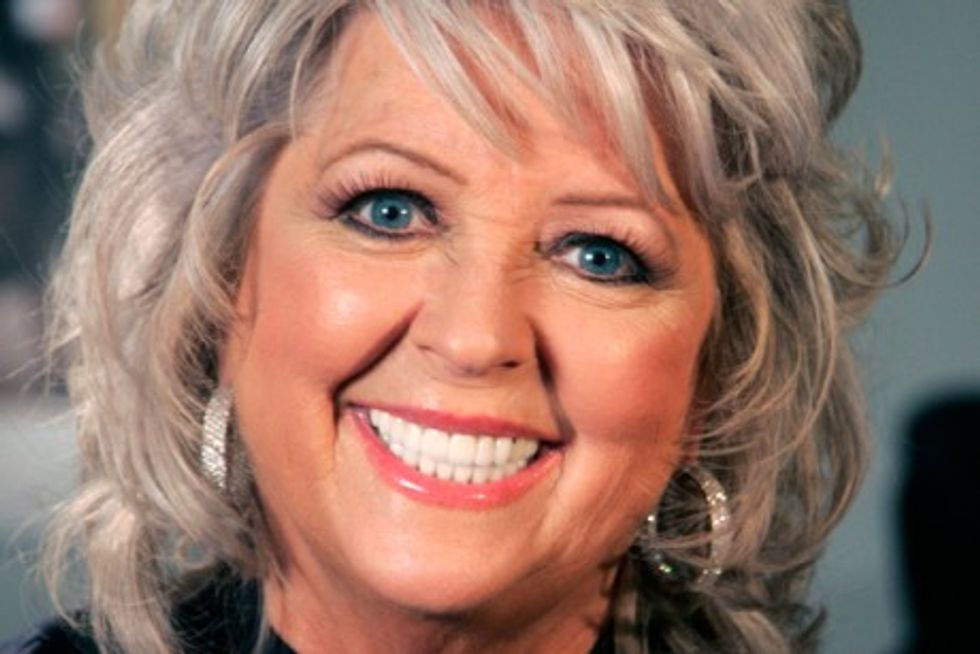 I've been following the dust-up over Paula Deen finally coming clean about having diabetes after her drug endorsements were in place. I'm not keen on tearing up Deen over this, because if it wasn't her, it would just be another person holding down the extreme end when it comes to junk food and celebrity chefs. What I do find interesting is that her story seems to fit right into the standard American way of handling the problem of diabetes, which is to deal with after the disease has developed, and not a minute before.

Now Deen is jumping on board the health-advice bandwagon. Three batter-dipped years after her diagnosis — and after three years of silence about her condition — she’s teamed with diabetes drug maker Novo Nordisk to promote the company. She and her two sons, Bobby and Jamie, are appearing in a new campaign that includes “diabetes-friendly meals” and Deen’s genteel admissions that she’s walking more and cutting back on sweet tea.

Mary Elizabeth Williams is understandably angry that it took Deen three years and a drug company endorsement deal before she started down this path, but I think it's interesting how she and we all assume that the natural rhythm of these things is to make the switch to healthier eating after you've already started to suffer problems, often incurable ones like diabetes. We don't think much about how ingrained that mentality is, but I see it all the time. For instance, I can't tell you how many times I've been drinking a Diet Coke and had someone say to me, "You don't need to drink Diet; you're not overweight." Now, I have a lot of reasons for picking Diet Coke over regular and certainly don't think it's some kind of health food, but the underlying assumption---that we should only watch what we eat if we're trying to lose weight or control a chronic condition---stuns me. I see the same thing with people taking a pass on dessert or eating something healthy; if you don't frame it as an attempt to lose weight, you often get aggressive questions. That's getting better as initiatives like Michelle Obama's are getting the word out about nutrition as prevention instead of just management, but still, this mentality persists.

I think it's another example of American all-or-nothing thinking. The trajectory is to overeat without thinking about for years, until it catches up with you and then, as a corrective, your doctor puts you on a strict diet where you can't eat any of your favorite foods at all. There's no room for the "take two bites and leave it" mentality that allows you to have the food you like without putting yourself in a position where you're forbidden from ever touching it again. Unfortunately, there's not a lot of structural incentives to promote the moderation mentality. At every turn, capitalists profit off this trajectory. The fast food companies make a mint of Americans in their eating years, and then the drug companies make a mint off them when they're trying to control their various diseases. (Indeed, I think Deen makes everyone uncomfortable because she's profiting from both sides of the equation.) The problem with all this is that we're the ones paying for it. Diabetes and heart disease are two of the major reasons that our health care costs are skyrocketing, for one thing. But even if that could somehow be erased from the equation, the human cost in struggling with these terrible diseases is far too much for us to bear.