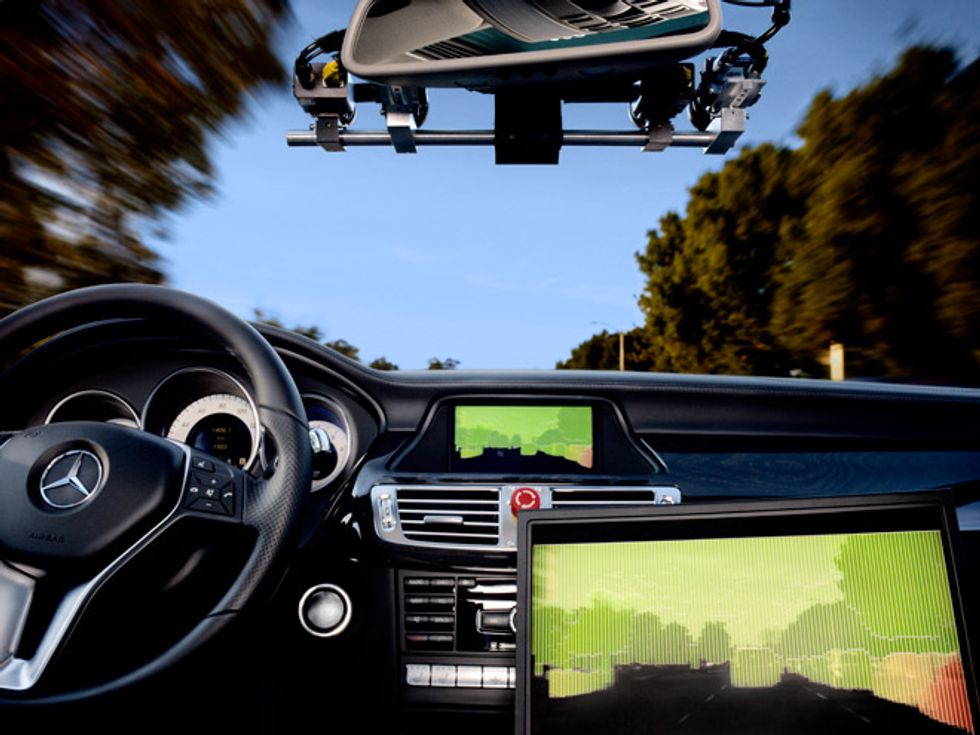 Because I am a massive nerd, I love Wired. But the cover story in the latest issue left me pretty frustrated. Don't get me wrong; it's super interesting. The writer, Tom Vanderbilt, looks at the various ways that Google and car companies are closing in on cars that will drive themselves, using robotics technology that can basically learn how to operate a car like a person. Besides describing the technology, Vanderbilt examined the question of whether people would even want that. After all, Americans love the freedom and control that a car represents. But as one Google researcher pointed out, that's not really how the daily experience of a car is for most people:

I agree with this sentiment. Owning a self-driving car doesn't mean that it always has to be on autopilot; on those occasions when you're driving through the mountains, car commercial-style, you can turn it off. But most time spent in the car is a drag: going to work, going to store, trying to find a parking space, boring crap like that. I bet a lot of people would love to pass the responsibility on to a robot, so they can then, as Vanderbilt admits, use the time for texting or looking at Facebook on their phones.

Which brings me to why I was frustrated. These companies are spending a lot of money on researching self-driving cars to address the desire of people to be able to commute without having to drive. But there's already a superior solution to that problem, one that addresses both the desire to not drive and it's better for the environment: public transportation. People don't need self-driving cars! They need better trains and buses, and more accessible trains and buses. Imagine if the resources being devoted to self-driving cars were instead aimed at expanding the public transportation infrastructure and making in more comfortable. For instance, Vanderbilt is right that people's desire to surf the net instead of watch the road could incline them to want to avoid driving to work, if that were an option. Well, why not put high-speed wi-fi internet on all public transportation, and then advertise the shit out of it? Instead of spending money on developing self-driving cars, what about high-speed trains? What about more subway systems? There's a serious "reinventing the wheel" problem here.

But Vanderbilt addresses none of that, even though that question hangs in the mind of any halfway intelligent reader. I did a Ctrl-F search for the word "train", to make sure I didn't accidentally miss mention of the competition. The first time the word appears on the page, it's in the comment section. Actually, the first comment:

I'd love to live in a city where I could walk or bike safely to nearly all of my regular destinations and take a train or bus to the other ones.

Self-driving cars are a bad solution to a problem caused by automobile-centric urban planning and design that demands the need for cars.

Exactly. For all I know, the price of getting access to the prototypes was to not mention the obvious---that self-driving cars are a distraction from the real transportation needs of our country---but it's a weird oversight. If Google really is interested in not being evil, they should redirect their brain trust away from self-driving cars and more towards better and more extensive public transportation. Even something as simple as making Amtrak more comfortable and appealing would be an interesting and more useful project.