The real divide here is on gender, not Catholicism 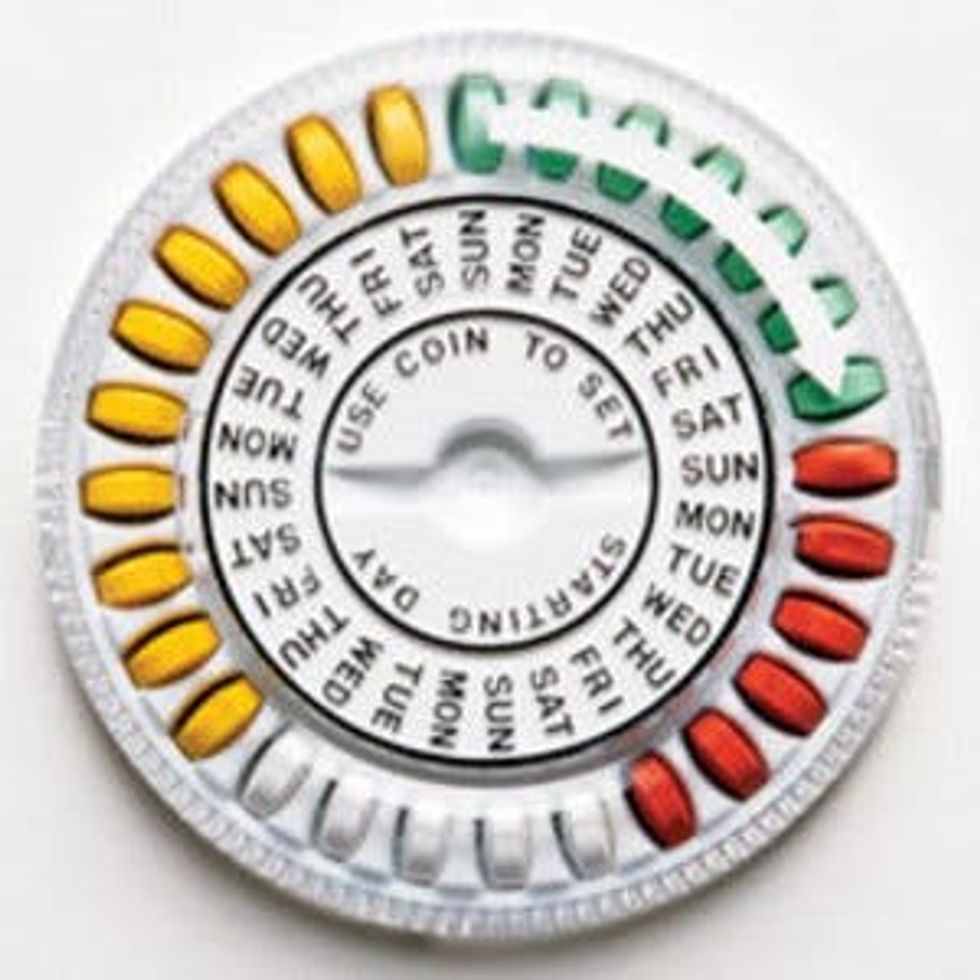 The framing of this entire debate over the contraception mandate is so incredibly frustrating, because, as I explained at RH Reality Check, it profoundly misunderstands American Catholics, who are basically indistinguishable from the public at large both politically and culturally. Having grown up in a heavily Catholic part of the country and having gone to a Catholic university, I can assure you that the only way you can tell if someone's Catholic or not is that Catholics make even more fun of the stuffiness of the church. The polling data backs this up; Catholics and non-Catholics support requiring all employers to cover insurance in roughly equal numbers. In fact, Catholics are slightly more likely to do so than the general public, mainly because evangelical Christians are suppressing the overall support numbers; only 38% of them want the mandate. What we're seeing here is fundamentalist evangelicals and fundamentalist Catholics using ordinary Catholics as cover to push a misogynist agenda. I know, shocking, right?

But there's another aspect to this story I want to talk about. The polling data makes this clear that there's no conflict between Catholics and everyone else. But there are two groups that show huge divergences in the polling data on this: men and women.

However, women were significantly more likely to favor free contraception through employee healthcare plans at 62 percent versus 47 percent of men, while 54 percent of women agreed religiously affiliated colleges and hospitals should provide this coverage versus 43 percent of men.

The religious arguments have no real effect on men's support or non-support of it; they either think it's a benefit or they don't. And the majority don't. The spread between men and women on whether or not contraception should be a covered benefit is 15 points. The non-existent spread between Catholics and non is drawing a bunch of attention, but here is the real story. The only reason this is controversial is that a majority of men oppose it.

Blah, blah, disclaimer that I'm not saying that all men are sexist pigs. So quit your whining. 47% men support this, after all. So there you go. Nearly half of American men aren't repugnant sexists. That's genuine progress. Nor are all women angels on this. We have 38% of women not supporting this, putting them in the repugnant sexist category. That women can be repugnatn sexists shouldn't be news to readers. See the below post on Maggie Gallagher for evidence.

With the pandering to the easily butthurt and overly literal out of the way, it's time to make the real point. This isn't about religion but about gender. That really came out in the stories about the behind the scenes wrangling over this. The lines weren't drawn religiously, but by gender.

The White House has been skittish from the start about the new rule, which was announced last month only after internal debates at the White House that, to some extent, pitted women - Health and Human Services Secretary Kathleen Sebelius, who is Catholic; Valerie Jarrett, a senior adviser to the president, and Nancy-Ann DeParle, the deputy chief of staff, on one side, arguing forcefully in favor of the rule, administration officials said.

On the other side, cautioning that the administration tread carefully and look for ways to minimize another major break with the church, they said, were several Catholic men who are close advisers to Mr. Obama: Vice President Joseph R. Biden Jr. and William M. Daley, the chief of staff at the time. Also weighing in, administration officials said, was Denis R. McDonough, the deputy national security adviser, whose purview does not naturally extend to health issues, but who is a Catholic.

You'll notice that even though the Catholics were sprinkled on both sides of the divide, the framing that this is about religion isn't relinquished easily. But look past that and see what's really going on here. Female advisors to the President supported the mandate; many male ones didn't. Some men felt so strongly about depriving women of their contraception coverage that they weighed in even though this has nothing to do with their assigned job. All of these men should be ashamed of themselves. This is the height of mansplaining assholery, telling those with uteruses what they do and do not need, even though they've never had a uterus and probably have spent no more that a few minutes of their lives even wondering what it must be like. It's been 40 years since women started crashing government meetings regarding the potentlal liberalization of abortion laws and threw a huge fit because there wasn't a single woman invited to speak on the topic, much less one who had had an abortion. Why are we still fighting this fucking battle?

Breaking down the numbers: A big chunk of people, both men and women, who oppose this mandate are just anti-health care, anti-government nuts. That number probably lingers around 25% of the electorate, so about half the men who oppose this and 2/3 of the women. I think the rest of them have just bought into this framing of contraception as a toy, a sexual plaything, and therefore not properly the concern of insurance companies. You hear this kind of thinking a lot in right wing media in everything from "jokes" about how women could just keep their legs shut to Bill O'Reilly whining that if he has to pay for contraception he might as well pay for dinner first to roughly every comment ever from Dana Loesch about this. (Seriously, listening to her talk about sex is like listening to someone who has never seen "The Wire" try to bullshit their way through a conversation about it.) The way some people talk about contraception, you get the strong impression that they think you pick it up at Victoria's Secret.

This came up a lot in my discussions with people on and offline about this; a lot of men oppose mandated contraception coverage because they don't think it's "fair" because they don't use it. Every man who says this needs to be asked if it's because he's gay or if it's because he's a lifelong celibate. Because if the answer is "neither", you are the biggest asshole on the planet, since you do, in fact, benefit from contraception. Like one woman on my Facebook said, "Yet a majority of men who did not favor contraception coverage still agreed that they liked putting their dicks in the women." Part of the problem is that our culture has made it socially acceptable---in fact, desireable, as a proof of one's manhood---to shun lady things and demand that women go out of their way to conceal the workings of vagina maintenance from you. Tampons are to be carefully concealed, and asking a man to buy them if he's at the grocery store is considered beyond the pale. I suspect that for a lot of people, this mentality extends to contraception. Birth control pills, doctor's visits, things like that; I suspect for a lot of couples, the woman simply does all these things and never shares the details with her man, for fear it's a turn-off. Many men may not even see women take their pills. There's a lot of pressure on women to present men with seamless, fantasy-level sexual experiences, to go through a lot of trouble to make sure that the nitty-gritty realities of biology never pop the fantasy bubble. I can easily see how contraception use, like leg-shaving and other forms of lady prep for sex, is hidden behind closed doors so he doesn't have to think about it. Thus, a 15 point spread in support for this mandate.

The good news is I suspect this is getting better. This "hide the contraception from your man whose sexual fantasies are delicate and need protection" mentality is less prevalent each generation.  It's clear from all the clothes-rending from men in the punditocracy about this that it's older men who seem to think insurance coverage of contraception is like insurance opening up a credit line for women at Babeland. Just by dint of younger men being a lot more likely to have had it drilled into their head to use condoms, the idea that sex is pleasure and responsibility is shared by the genders more in younger generations. Of course, that makes all this wailing and moaning worse, because it's coming from a bunch of older men who are trying to roll back protections that the rest of us need and will need going forward. The whole situation is unbearably disgusting.

Words have actual meanings. Why do I consistently describe today's version of the Republican Party as the "Jim Crow Republican Party"? Because that political party is now engaged in a coordinated nationwide effort to keep Black and brown people from voting.

Today's Republican Party is attempting to end America's multiracial democracy and replace it with a new form of American apartheid in which Black and brown people are treated as second-class citizens in their own country. These efforts to create a whites-only fake democracy involves many of the same tactics and strategies as the original Jim Crow regime. These include onerous ID requirements, voter intimidation and harassment, limiting access to polling places, claims that some votes (by white people) are more "valuable" and of "higher quality" than others, outright vote theft and vote fraud, an attempt to create one-party monopoly rule and claims that voting is something "sacred," to be "protected" by limiting access to those deemed unworthy.