Science is political. Get over it. 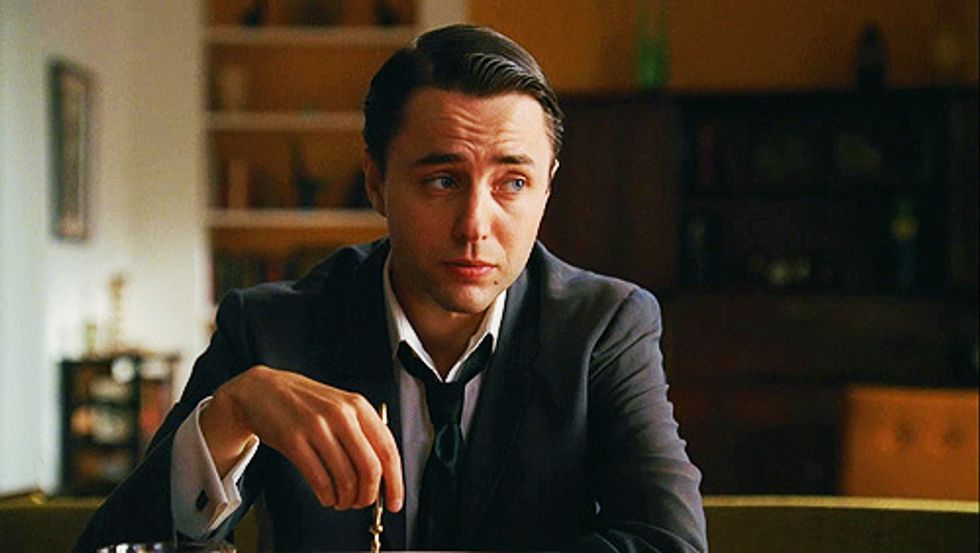 I may get tired of using Pete Campbell pulling faces to illustrate my posts, but not yet. Not yet.

I remember how, just a couple of years ago, there was a lot of hand-wringing in skeptic circles over whether or not to apply rationalist thinking to religious claims, mainly because some skeptics---who were all atheists themselves, by the way---were concerned that it was impolitic not to create a giant Shall Not Touch bubble around magical claims that were deemed "religious". Well, the Reason Rally this past weekend shows that the pro-atheists basically won that debate, and the increasing racial and gender diversity of the community demonstrates that it was a good idea. No, now it turns out that there's a cow more sacred than religion, with a number of self-identified skeptics and atheists freaking out at the increasing willingness of writers and thinkers in the community to apply critical thinking skills to political claims. Apparently, you can criticize religion all you want, but to dare insist on the facts when it comes to global warming or especially the offensive claim that women are full human beings? That's where some folks are drawing the line.

Rebecca Watson has a post up about the problem of pseudoscience proliferating on the right, and the unwillingness of the supposed warriors against pseudoscience to do anything about it. She uses her spot on The Skeptic's Guide to the Universe to, on occasion, talk about things like states forcing doctors to read scripts full of medical misinformation to women seeking abortion, and every time she does, she gets a rush of letters from dudes scolding her to keep her focus on the important issues to skeptics, such as Bigfoot and UFOs.

Now, don't get me wrong. My eyes roll like a motherfucker whenever I see an advertisement for a Bigfoot or UFO show on TV. Still, there's a top limit of how much damage some of the more apolitical pseudoscience out there can do. Skeptics like to draw attention to when homeopathy contributes to illness or people waste money on fantastical claims, and these are important issues, but they are absolutely dwarfed by the amount of pain and suffering that misinformation about reproductive health causes. I rail against anti-vaccination idiots all the time, but even in the worst case scenarios---measles outbreaks, etc.---the cost in money and human suffering from the misinformation is really limited next to the cost in money and suffering from political pressures to force women to bear children they don't want. And that's just in the U.S. In other countries, where misinformation about abortion and contraception have even more influence on the law, maternal mortality rates are sky-high because of unwanted child-bearing and illegal abortion. I don't even want to talk about how much of the AIDS crisis stems from political concerns that these idiot so-called skeptics want to believe are hands-off. Without taboos around sex, homophobia, misogyny, and religious groups spreading misinformation about the effectiveness of condoms, we'd be looking at a much lower transmission rate worldwide than we're seeing now.

Interestingly, one political issue tends to get widespread support in the skeptic community across partisan lines, and that's regarding evolutionary theory. Everyone is for it, and everyone thinks that religious claptrap denying it should be taken out of schools. I will bet you a lot of money that Rebecca doesn't get nasty emails about not getting political when the topic comes up on Skeptic's Guide. This, even though the opposition to evolutionary theory and the opposition to abortion rights are the same group of people, nearly exactly. I support this political activism against creationism, obviously. But let's not pretend it's not political. It stems from the same theocratic impulse as does the opposition to abortion rights, and frankly I see them as very similar issues.

But while I support activism around the evolution vs. creationism debate, I have to point out that the global warming issue is far larger and more immediate of a problem. If we can't get to a point where science trumps political bullshit on global warming, THE EARTH IS DOOMED. Okay, perhaps not completely doomed, but seriously fucked. We're already irreversibly fucked in many ways on this, but if we continue to treat it like a weird side issue, we're going to be fucked in all sorts of amazingly novel ways. I suspect a lot of global warming denialists don't really believe their own bullshit; they just figure they'll be dead before it's time to pay the piper. They may be right, though there's reason to believe the effects are coming faster than scientists previously thought, so their gamble may not be paying off. Either way, the utter lack of compassion for the rest of humanity is galling. Skeptics who refuse to discuss this issue because it's "political"---even though they happily dive into other political issues like creationism---are being cowards and babies.