Algerian celebrations to mark 50 years since gaining independence from France kicked off with a giant open air performance inspired by the liberation struggle, followed by nationwide fireworks displays.

President Abdelaziz Bouteflika attended the historical musical "The Hero" being staged at a theatre in the seaside resort of Sidi Fredj, the site of the French landing in 1830, that began the official festivities ahead of Thursday's anniversary.

The show, dedicated to the struggle of Algerians against the French occupation, "summarises the evolution of Algeria through its history," according to Minister of War Veterans Mohamed Cherif Abbes.

The musical was to have been followed by a giant fireworks display at midnight in Sidi Fredj and at the shrine of the martyrs, a huge monument in the capital which overlooks the bay of Algiers, but this was put off until Thursday night.

Designed by Lebanese choreographer Abdel Halim Caracalla, Wednesday's musical brought together 800 actors, singers and ballet dancers and was transmitted live on public television. Bouteflika went up onto the stage to congratulate the artistes.

The skies over the country's 47 other provinces were then lit up by fireworks displays orchestrated by a Chinese company at a cost of $9 million, according to a source at the mujahideen ministry.

On the anniversary itself, 10,000 youths will stage a show at the Olympic stadium that will retrace the struggle for independence, and Bouteflika will place a wreath at the foot of the martyrs shrine in the presence of top civilian and military officials.

The festivities will be followed by seminars, conferences and book launches.

But the grand celebrations come in troubled times for the North African country.

A half-century after the country won independence in a bloody conflict with France, the outlook for many Algerians is dark, particularly for those aged under 35 who make up 70 percent of the population.

Unemployment topped 20 percent last November in the nation of 37 million people, according to the International Monetary Fund, and annual inflation officially reached 6.4 percent in April.

Bouteflika this year launched political reforms in the wake of bloody riots one and a half years ago and a series of strikes at the time when Arab Spring swept through neighbouring Tunisia and Libya.

But experts say the political elite that emerged from the national liberation war is getting old and the political system increasingly obsolete.

Meanwhile, the poor prospects for most Algerian youths mean that, despite the country's vast oil and gas wealth, many dream only of crossing the Mediterranean to build new lives in Europe.

"After 50 years of political independence, the outlook is bitter," said Abderrahmane Mebtoul, an academic and expert in strategic management. 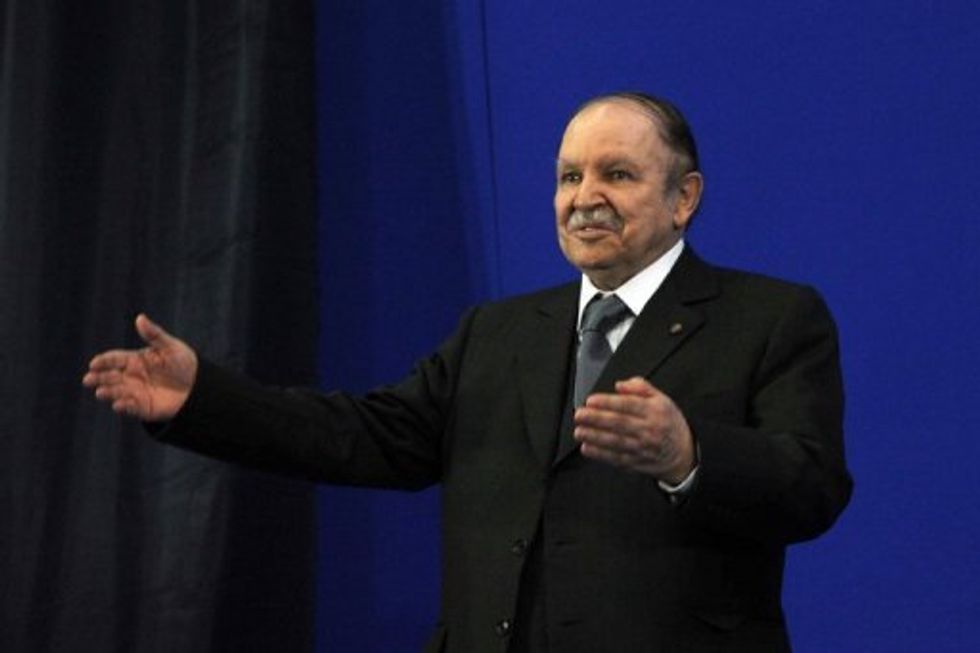