A study released Friday by the National Snow & Ice Data Center found that arctic ice levels underwent their most rapid loss ever for the month of June this year.

According to the study, the arctic lost 2.86 million square miles of ice in June, the largest such drop since at least 1979. Citing air temperatures that hovered one to four degrees Celsius (up to about seven degrees Fahrenheit) above the 30-year rolling average, the report found that the arctic as a whole had undergone a, "period of especially rapid ice loss."

As a result, arctic ice extent reached the second-lowest point ever for the month of June, trailing only June 2010 for that title. The past three Junes all mark the three lowest such months for arctic ice extent since 1979 as well.

In addition, the study found that snow levels in the Northern Hemisphere fell to their lowest June-levels since record keeping began in 1967. The report noted how low snow levels heading into the month could have had a self-destructive force, further deteriorating the already depleted levels.

"This rapid and early retreat of snow cover exposes large, darker underlying surfaces to the sun early in the season, fostering higher air temperatures and warmer soils," the report notes.

This chart from the study shows just how quickly snow levels have fallen over the past several years. 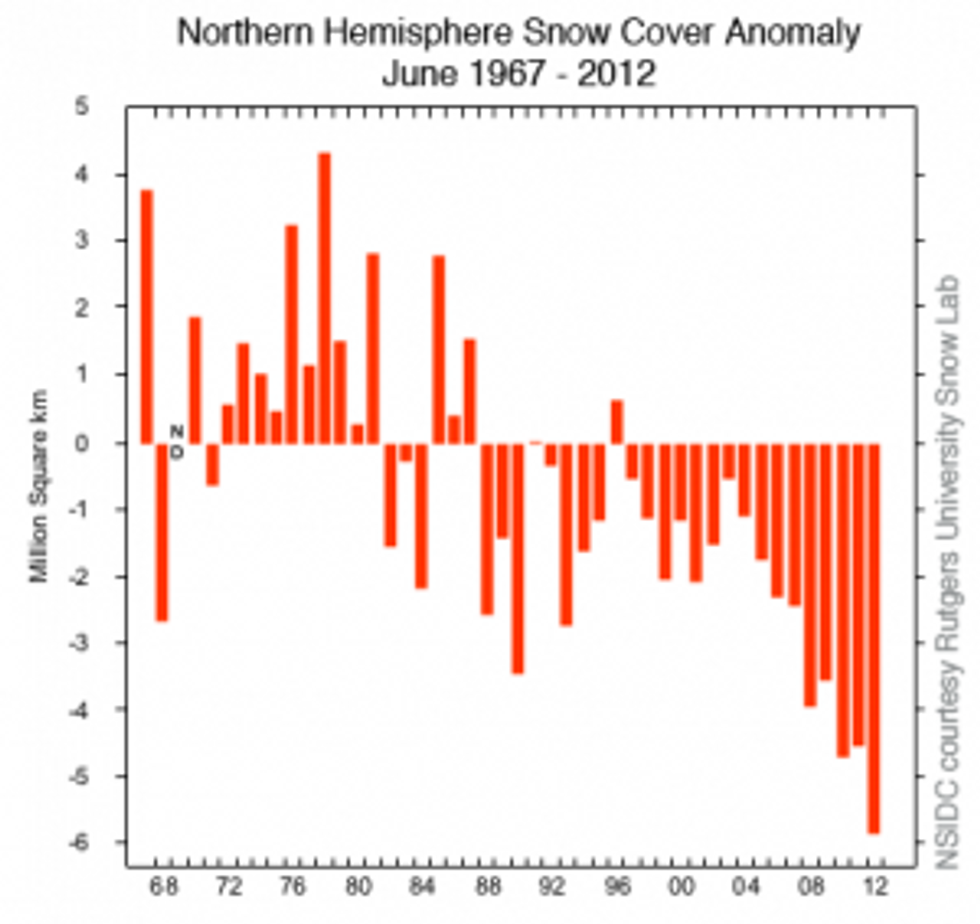